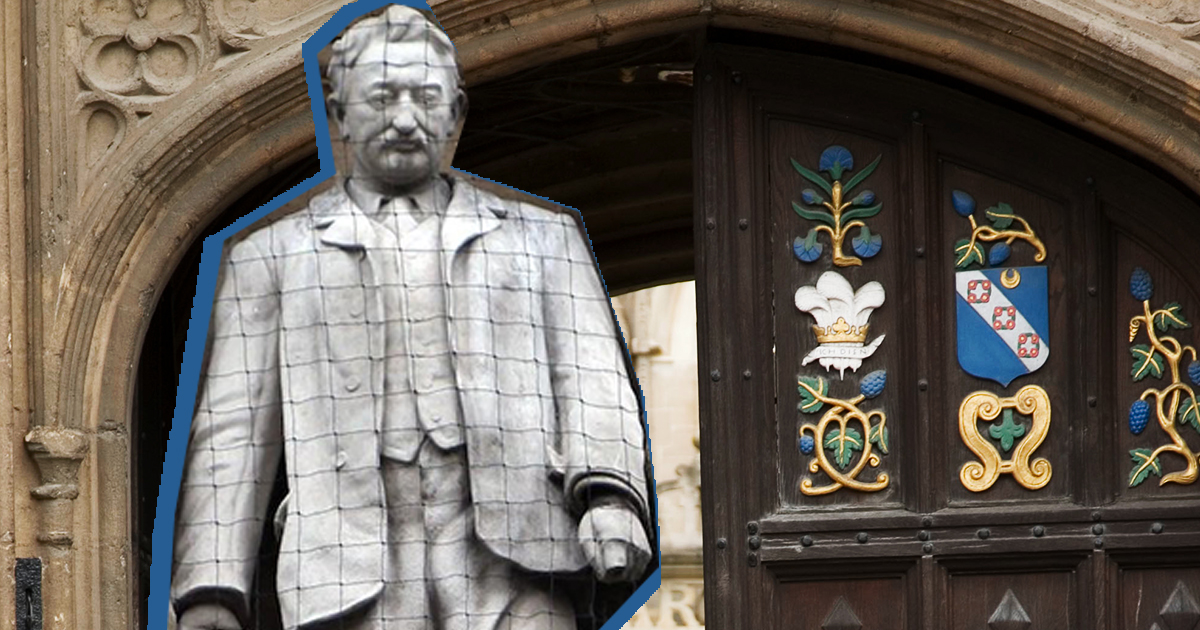 Members of Oriel MCR have voted overwhelmingly to explicitly endorse the removal of the statue of Cecil Rhodes on the High Street façade of Oriel College.

On Sunday 14th June, a number of motions were proposed in an online meeting of Oriel’s Middle Common Room. The results are as follows:

Neil Misra, the proposer of all three motions, told The Oxford Student:

“We are immensely pleased to see our MCR motion to endorse the removal of the Rhodes statue pass with a decisive supermajority. The students of Oriel have spoken with one clear voice.

Both the JCR and MCR of the college have expressed their clear sentiment that the statue fundamentally undermines Oriel’s mission to create an inclusive environment for people of colour.”

Swaraj Dash, who seconded the motions, also spoke to The Oxford Student:

“It has been a very exhausting week with all the campaigning to get College to endorse the Rhodes Must Fall movement but all that was more than worth it in the end.”

“All the attention on this movement finally encouraged a number of PoC and BAME students in College to speak out and detail how they feel about the statue, and it appears this proved to be an essential listening exercise for many. This is only the first step, of course, and more work needs to be done to make everyone in College to feel at home, but I believe we have a good amount of momentum for that now.”

The governing body of Oriel College meets tomorrow (17th June) to discuss the situation regarding the Cecil Rhodes statue.