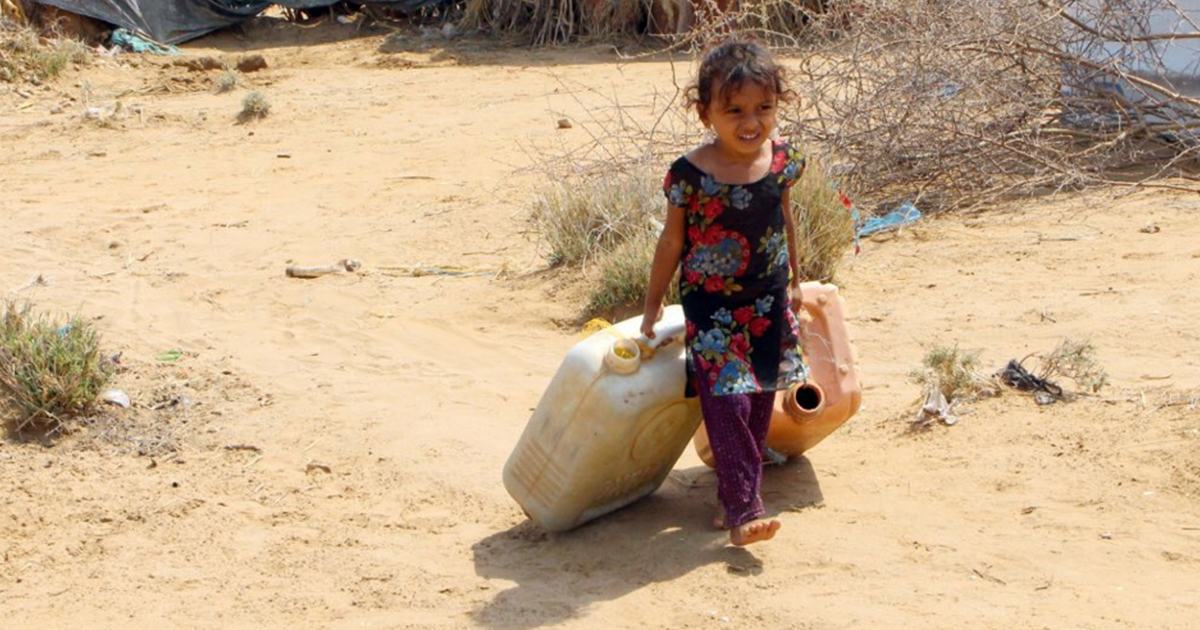 This month, the United Nations announced that Yemen is in the midst of the largest humanitarian crisis in the world, with 24.1 million people in need of aid and protection.

The problem has been escalating on the back of a five-year-long civil war:

In 2011 an Arab spring uprising put pressure on the authoritarian president, Ali Abdullah Saleh. Followed by a series of protests from various rebel groups, Saleh was forced to give up power to his deputy, Abdrabbuh Mansour Hadi.

Mr Hadi’s government, however, failed to deal with a number of problems – the separatist movement in the south continued making noise, there were numerous attacks by jihadists, security personnel remained loyal to Saleh and ordinary Yemeni people were suffering unemployment and starvation. This left the government vulnerable.

In 2014 came a rebellion led by Houthi, an armed political movement originally against Saleh’s government. After a series of uprisings Houthi rebels, sympathisers with Zaidi Shia Muslim group, managed to gain the support of ordinary Yemeni people, disillusioned with the current situation. Eventually, they took the capital Sana’a in mid-2014.

Houthi officials announced the dissolution of a house of representatives and the installation of a Revolutionary Committee. Mr Hadi fled to Aden, and on 26 March 2015, Saudi-Arabian led coalition announced they had begun military operations against Houthi rebels in Yemen. This conflict between Houthi rebels and Saudi-led coalition is still ongoing. And the humanitarian impact is huge.

The UN has stated that during the past 4 years, the civil war has left at least 17,700 civilians dead or injured. The war is believed to be largely responsible for the cholera epidemic, which as of October 2017 has had over 800,000 cases.

As of March 2020, UNICEF estimates that 2 million Yemeni children under the age of 5 are suffering from acute malnutrition and are in need of treatment.

This crisis had only been made worse by the arrival of COVID-19.

This crisis had only been made worse by the arrival of COVID-19.

‘Yemen is facing an emergency within an emergency’ is how UNICEF has described the current situation. As of June 17th, just 885 confirmed coronavirus cases were reported and 214 deaths, however, real figures are expected to be much higher.

Testing rates are incredibly low, authorities lack the ability to track the disease, with the health-care system all but collapsed.

One in six of Yemen’s 333 districts have been left without any doctors, as medical care professionals fled the country to escape the conflict.

Yemen’s health system is not well equipped to fight the virus, less than half of their health facilities are currently running, and even those which are lack access to basic equipment such as masks and gloves.

As of June 6th, the UN reports that Yemen has access to just 675 intensive care beds and 309 ventilators.

50% of the population don’t have access to clean water to wash their hands, living in close confines and sharing food the virus is set to ravage this already struggling country.

This virus has also had a devastating impact on education. Schools were already being destroyed by bombings, and now they are being forced to close due to the virus. Before COVID-19, 2 million children weren’t attending school, this figure has now reached 7 million.

Through war, starvation and a deadly virus, Yemen is being torn apart and children’s futures are being sacrificed.

For more information and ways to help, here’s a good place to start: https://yemencrisis.carrd.co/