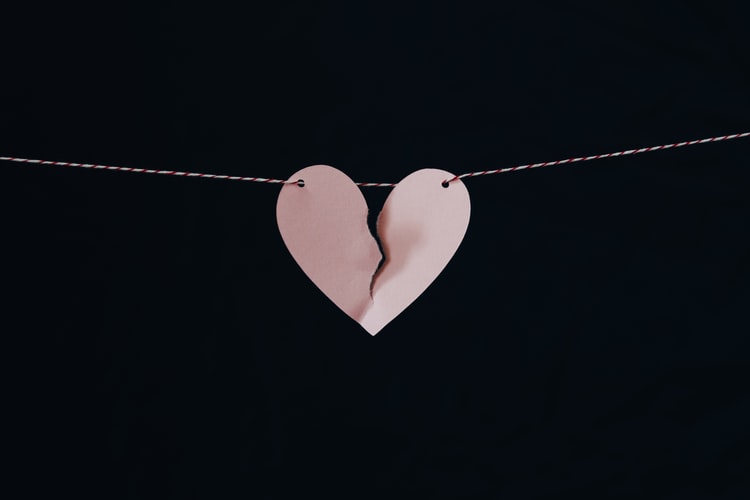 Image Description: A paper heart hanging from some string.

You don’t sleep, you don’t eat, and you won’t understand what it’s like unless you’ve been there. There are some surprising similarities between having your heart broken and studying for an undergraduate degree at Oxford. This is what we can learn from the double ordeal of experiencing the two simultaneously.

If there’s anything my Oxford literary training has taught me, it’s how to draw out the myriad ways in which two unrelated subjects are in fact intrinsically linked. If you’re as yet unconvinced, allow me to persuade you.

At the very least there is a connection to be made to the ‘don’t meet your heroes’ truism on both counts. A particularly cynical friend of mine once said that ‘falling in love with someone is just learning more and more about a person you think is great until eventually you are disappointed.’ In a similar vein, one might argue, coming to Oxford is a watershed moment: it’s not that it’s a bad place to be, not at all, but how could the reality ever live up to years of teenage anticipation and Hollywood glorification? I’m sorry Christ Church, your Hall just isn’t as magical without McGonagall in it.

So, I argue, the sense of disillusionment that accompanies the loss of your first love is analogous to that inevitable mid-Michaelmas first-year realisation of what three years of ‘intensive study’ really looks like. It’s that out of hours at Disneyland feeling: the sun has set, Mickey Mouse has removed his mask of heavy plush fabric, and what we find underneath is little more than a sleep-deprived twenty-something with an incomprehensibly pasty complexion and an insatiable desire to tell you about his extracurriculars – did I tell you I row? PPE is just the day job.

But that’s a lot of negatives, what’s to be gained? Well, for one thing, and bear with me on this one, it’s good practice for real life. Learning to accept that things aren’t always as you dream they’ll be is an excellent grounding for the future – especially if you’re someone who dates men. In all seriousness, it is useful to do as Bo Burnam told us and lower our expectations a few – we’re much more likely to appreciate the positives that come our way if we’re looking for them instead of worrying about the fact things are not quite as we’d hoped. Us Oxford lot could give Macbeth a run for his money for the ‘Most Ambitious’ superlative, but quite obviously, we’ve got a lot to be thankful for, both here at Oxford and with regards to those exes who taught us more than we may know – or just did us a favour by revealing their failings early on, while we still have our youth.

Enough moralising. Time for another point of comparison. It must be said there is a striking similarity between that familiar haze of bafflement and intellectual insecurity that hovers above any Oxford undergrad in the midst of an essay crisis and the particular frustration and self-doubt we feel as we try to form a coherent conception of what the heck was happening in a past relationship. Whether you’re furrowing your brow trying to unfurl the inconsistencies of Hume’s ‘Principle of the Uniformity of Nature’ or scrutinising your own memories as you try to decide if you do really want to ‘stay friends’, the deadline is looming and you’ve still got no clue.

But alas, fear not! Once more there is a silver lining to make it all worthwhile. Much like the well-known GCSE (or National 5, for any scots out there) study method of alternating science and humanities revision so you can keep working harder for longer, alternating attempts to decipher the central concerns of Ulysses with having a go at close-reading that one, long and meandering drunk text your ex sent you at 4 am will enhance your productivity on both counts.

And if you find yourself simply overwhelmed by the double order of sorting out your academic work and your emotional life, there’s a positive to be had there as well. We’re too often pushing ourselves that little bit too far because we can just about manage to get through – if I had a penny for every time someone told me, ‘If you’re keeping your head above water then you’re doing well.’ Reaching a point where it’s no longer possible to pretend that nothing’s wrong can provide a great motivation to really focus on looking after yourself. Most tutors are surprisingly soppy at heart, and I’m sure if you simply explain ‘Mickey removed his mask’ they’ll be instantly sympathetic.