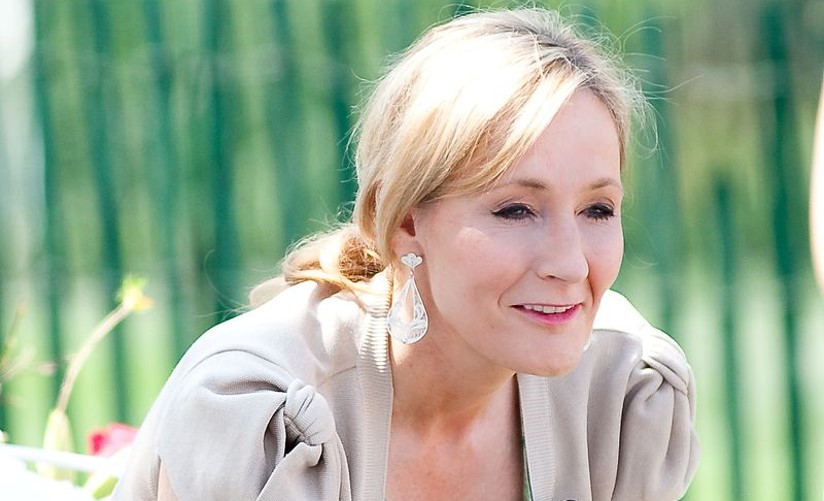 Let’s be clear from the start. J. K. Rowling is transphobic. We can see this in the opinions that she has shared and in those she has publicly endorsed. But like so many TERFs, her transphobia often manifests in a form more insidious than blatant.

I’d go as far as to say that she’s the most powerful TERF on the planet. For those unaware, TERFs are Trans Exclusionary Radical Feminists. How does J. K. Rowling fit into this community? Primarily through her echoing of transphobic dog whistles, such as claiming a ‘campaign’ to destroy biological sex (where none exists).

In a recent essay published on her personal Twitter account, Rowling proudly displayed her TERF colours throughout a 3,000-word diatribe, all while claiming TERF to be some misogynistic slur. Naturally, the traumatic experiences Rowling reveals in her essay should not be minimalised or ignored, and her words and actions should not entitle people to harass or threaten her. However, Rowling must learn that ‘freedom of speech’ does not mean freedom from criticism or freedom from the consequences of that speech, particularly for someone in her position.

While her words have caused a great deal of harm to one of the most vulnerable communities in existence, it has been heartening to see so many of those actors associated with the on-screen adaptations of her Wizarding World come out to condemn her views. I should point out that I identify as cisgender. I can’t view Rowling’s actions through the lens of my lived experience in the same way a trans person can. For a better perspective than I can give, I recommend watching on YouTube a video by Jessie Gender entitled JK Rowling Transphobia Explained (A Rant).

However, I think it is important for the LGBTQ+ community (whether trans or not) and its allies to speak up and speak out.

People need to understand why Rowling is wrong.

An acquaintance of mine (a cis gay male) recently contacted me about some of Rowling’s tweets on biological sex, saying that he ‘couldn’t see what was wrong with what she was saying’. This is the danger of the dog whistle. By taking an unreasonable position (the eradication of biological sex) and assigning it to the transgender community en masse, Rowling is attempting to associate ordinary trans people with ‘extremist’ views.

Even if she hasn’t done the ‘exhaustive’ research she claims to have undertaken, Rowling must be aware that this is not only intellectually dishonest but also dangerously misinformative. Her use of statistics also borders on the willfully misleading. She claims that “between 60-90% of gender dysphoric teens will grow out of their dysphoria”. While Rowling doesn’t cite any research for this figure beyond her own ‘extensive’ investigations, this claim has been officially debunked since 2017.

According to Dr Kelley Winters, the figure is based on outdated testing methods that haven’t changed since the 1980s and include anywhere between 25 – 40% of children who did not initially identify as trans at the start of the study in its findings. It is also poignant to note that Rowling is conflating dysphoria with trans identity, something not reflective of many trans individuals experiences of their own identity.

You may ask: why does it matter? Wouldn’t it be easier to ignore her and carry on with our lives? Perhaps, but this would be ignorant of the influence and impact Rowling’s words can have. She’s one of the best-selling authors of all time, selling around 500 million copies of her works. Whatever you or I may think of the Harry Potter or Wizarding World franchises, we can’t deny the cultural impact they’ve head.

Rowling’s work even formed a centre point of the 2012 London Olympic opening ceremony. She’s coming from a place of immense power with an international platform most politicians would be envious of. Her words, therefore, cannot only reach a massive audience, but also carry great weight thanks to the respect her story and her success has won her. People are more inclined to take what Rowling has at face value, especially when she is pedaling dodgy facts and figures to back-up her work.

Rowling also enjoys the luxury of freedom from consequences that many TERFs do not.

She already holds a vast personal fortune and so does not have to worry about being sacked from a job for making hateful and dishonest remarks. We must also bear in mind the great sense of personal grief that is felt by our friends in the trans community (including Jessie Gender) who may well have a personal connection to Rowling’s work. I am not the first to point out the hypocrisy or the tragic irony of the fact that Rowling’s stories are all about over-coming structural prejudices and realising your potential no matter your background. Just as Rowling’s own Malfoy labelled Hermione a ‘mudblood’ for being born to non-magical parents, now Rowling seeks to deny trans existence for those assigned incorrectly at birth.

As a gay man, I disavow the claims Rowling has made. I reject her claim that trans activists are attacking my identity simply for trying to protect theirs. I also express solidarity with the autistic trans community, for rightly calling out Rowling for attempting to deny them of their agency. Rowling’s suggestion in her essay that trans children with autism are essentially being abused by the system for being allowed to transition, on the grounds that they are somehow incapable of understanding their own identities, is transphobic and manipulative.

The weaponization of autism in children is perhaps one of the most despicable aspects of TERF ideology, and it is clear Rowling has fully embraced this talking point. To my friends in the trans community, please know that whatever Rowling claims, you have a right to your identity, your transition (or not) and your existence. To those who identify as cis, remember that just because you may not personally be affected by someone’s actions, it doesn’t mean that they aren’t potentially extremely damaging. Listening to the trans community and showing them solidarity and support is key to being a good ally.

I have attached below some links for helplines and other support resources for anyone personally affected by the issues discussed in this article.

TransUnite – For finding transgender support groups near you:

Samaritans – For people generally struggling to cope and in need of support: