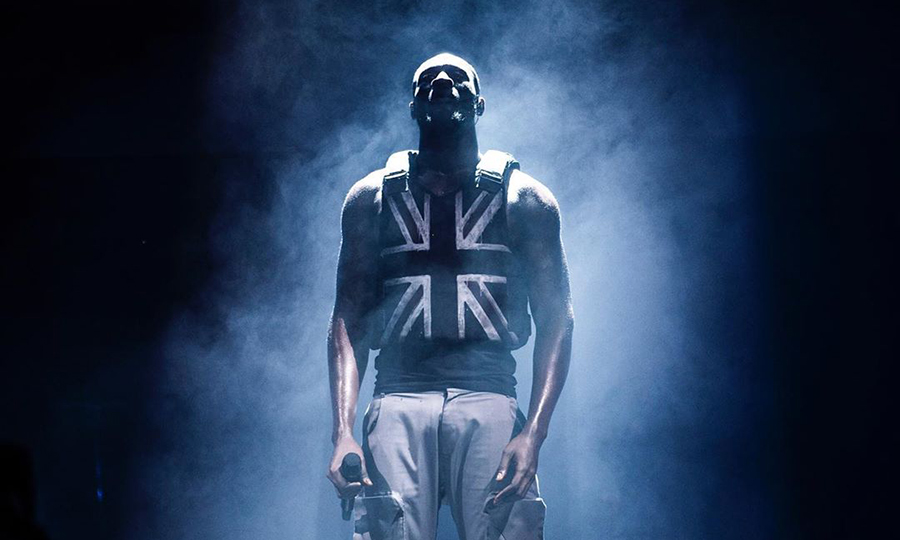 The beauty of raging: how Rap music has always been a political tool

While re-watching the momentous Brit awards performance by South London Grime artist Stormzy, I was asked by a friend  “I get what he’s saying, but why does he have to sound so angry?”

Because he is, and because he has every right to be.

Covering topics surrounding violence, gang culture, misogyny and drug misuse, the one continuous aspect of rap music over the decades has been the media criticism it faces. It has been dubbed a bad influence on the ‘impressionable youth’, as critics overlook the culture that surrounds the lyrics and selectively hear a string of hate and profanity.

Those who castigate modern day rap – be it grime, trap or drill, do so in ignorance of the genre’s bigger picture.

Thought to have been born in 1970’s South Bronx, hip-hop was ‘discovered’ away from its community and birthplace, and branded by the commercial mainstream by the end of the decade, with Sugarhill Gang’s ‘Rapper’s Delight’. Rap music owes its origin partly to this hip-hop culture of working-class African Americans, a genre designed for fighting systematic oppression.

hip-hop was ‘discovered’ away from its community and birthplace, and branded by the commercial mainstream

Preceding hip-hop, African-American rhyming games were used as subtle resistance to the systems of despotism and slavery. Slaves would speak in metaphors, such as the rabbit and its fox master in ‘Bre’r Rabbit tales’.

Today we see a continuation of the valuable influences of rap, with modern artists preserving its function as a form of resistance. In the new millennium, the social significance of rap music isn’t confined by its origins, instead continuously moulded and advanced.

Public Enemy hailed hip-hop “Black CNN”, a means through which people access information. Kilo Ali’s track, known both as ‘America’s Got a Problem’ and ‘Cocaine’, explores the effects of crack cocaine on the community he grew up in, revealing the side of the story not explored by the White House’s so-called ‘war on drugs’.

The relentless pace and triumphant tone of the song were modelled off hits such as those by Salt-N-Pepa, but the lyrics prove that just because certain issues are discussed, this does not mean they are being glorified: “headed for the chair, sixteen years old”. Such music is often blamed for the ills of society that predate it, faults it actively speaks against, hence the correlation that so many mistake as the cause.

The lifestyle they rap about, set to a backdrop of inequality, is criticised by those comfortable enough to not be living it. In the same way that it forced people to acknowledge the realities of inner-city America, it now unveils the harsh realities of Brexit era Britain.

Consistently, Stormzy has proved that he doesn’t just preach or virtue signal, he acts

The most glaring example of a modern-day rap artist who uses his success to educate the masses is Stormzy.  Consistently, Stormzy has proved that he doesn’t just preach or virtue signal, he acts, a role model for everyone who sees him.

Predating this, his 2017 single ‘Cold’ includes the line “So tell Boris Johnson, ‘Suck your mum, we don’t care’”, as well as his favourite lyric: “All my young black kings rise up/ Man this is our year/ And my young black queens right there/ It’s been a long time coming I swear”. Analysing his own track, Stormzy says: “it’s a bubbly, fun, vibrant grime track. But with that one message, it becomes bigger than a song, it becomes bigger than me”.

Performing these lyrics at Glastonbury festival in 2019, the first black British solo artist to headline on the Pyramid stage, triggered the ironic comment from Michael Gove: “he is a far, far better rapper than he is a political analyst”. Gove’s biggest oversight here was assuming the two to be mutually exclusive.

A year earlier, Stormzy performed at the Brit awards, a moment heralded historic by many. His set began on a dark stage, with rain and a spotlight on the microphone. Behind him, a choir in masks sang opening vocals before Stormzy begins a bespoke rap: “Like, “Yo, Teresa May, where’s that money for Grenfell? / What, you thought we just forgot about Grenfell?/ You’re criminals, and you got the cheek to call us savages”.

He used his platform to help gather support for the petition which demanded a panel overseeing the public inquiry into the Grenfell fire tragedy. He opened the Grenfell charity single, a cover of ‘Bridge Over Troubled Water’, beginning: “I don’t know where to begin, so I start by saying, I refuse to forget you, I refuse to be silent, I refuse to neglect you”.

In 2018 he launched a publishing imprint with Penguin random house, #Merky Books. He talks of the importance of reading and writing, how he wants to make becoming an author a “realistic and achievable goal” for young authors. In the same year, he founded two scholarships for black British students to go to Cambridge University, a scheme since credited with the increasing numbers of BAME students looking into Oxbridge degrees.

More recently, he has pledged £10 million to black British causes over the next 10 years. “Black people have been playing on an uneven field for far too long and this pledge is a continuation in the fight to finally try and even it.”

If the Prime Minister is openly racist, it validates countrywide racism.

He teaches the youth of today to care about politics and be as indignant about change as he is. In numerous interviews, he asserts that Britain is indisputably racist and that this has become worse since Boris Johnson assumed the role of Prime Minister. If the Prime Minister is openly racist, it validates countrywide racism. Yet, explaining to a British person that Britain is a racist country “is the most difficult thing ever”. They see his success, they see the ‘multi-culture’ of London, and their rose-tinted glasses block out the disparity.

In 2020, Dave, the first to make it to British number one with a purely rap song, took to the Brits stage with his 2019 track ‘Black’, another artist calling out our parliament: “it is racist, whether or not it feels racist, the truth is our prime minister is a real racist”. He closes with the line: “Grenfell victims still need accommodation/ and we still need support for the Windrush generation/ reparations for the time our people spent on Plantations”.

Through such artists, rap continues to be a fight against repression, a source of information the government fail to share, and a representation of the lives many are privileged enough to learn about only through song.