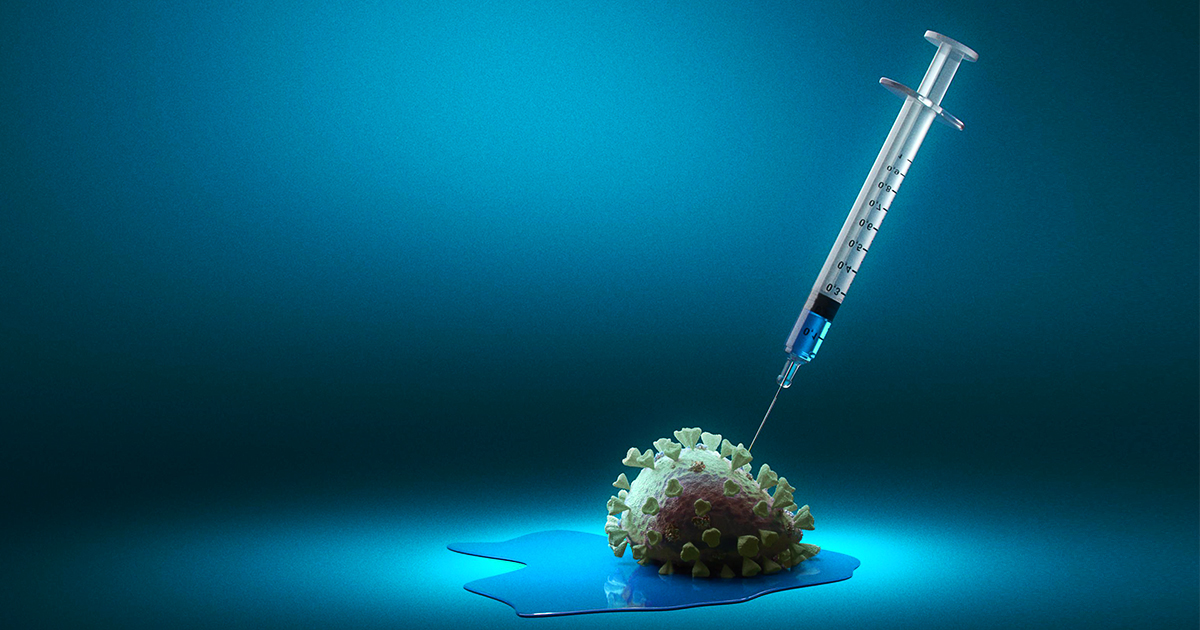 Image Description: A medical syringe stuck into a model of a virus on a blue background.

The COVID-19 vaccine, developed by researchers at the University of Oxford, has been called the “leading candidate” according to the World Health Organisation’s chief scientist Soumya Swaminathan, as it undergoes large-scale, mid-stage human trials.

At a news conference on Friday, Swaminathan said:

“Certainly in terms of how advanced they are, [and] the stage at which they are, they are I think probably the leading candidate,”

“It’s possible they will have results quite early.” She also said: “…I think AstraZeneca certainly has a more global scope at the moment in terms of where they are doing and planning their vaccine trials.”

The AZD1222 (formerly known as ChAdOx1 nCoV-19) vaccination, developed by researchers at the University’s Jenner Institute, and manufactured by AstraZeneca, has already begun Phase III human trials. Last Week, the Duke of Cambridge visited the Oxford Vaccination Centre facility at the Churchill Hospital in Oxford where trials are now underway, in order to meet the scientists and volunteers himself.

On Saturday, the company signed its tenth supply-and-manufacturing deal with Brazil announcing a $127 million agreement to start producing the Oxford-AstraZeneca vaccine locally, with clinical trials also taking place in South Africa this week. The UK government has provided £84 million for the University to develop and manufacture its coronavirus vaccine.

Swaminathan also noted that developing a vaccine may need funding of up to $18.1 billion in order to deliver 2 billion doses worldwide by the end of this year. Oxford’s partnership with AstraZeneca means the vaccine will be available globally on a non-profit basis during the pandemic period, including to low and middle income countries, the University has confirmed.

Phase III trials involve assessing how the vaccine works in a large number of people over the age of 18. Professor Andrew Pollard, head of the Oxford Vaccine Group, said:

“The Clinical studies are progressing very well and we are now initiating studies to evaluate how well the vaccine induces immune responses in older adults, and to test whether it can provide protection in the wider population.”

An agreement between the University of Oxford, AstraZeneca and the UK Government means the UK will have immediate access to the vaccine, but it will be made available to other countries in a broad and equitable way.

The University of Oxford has been approached for comment.