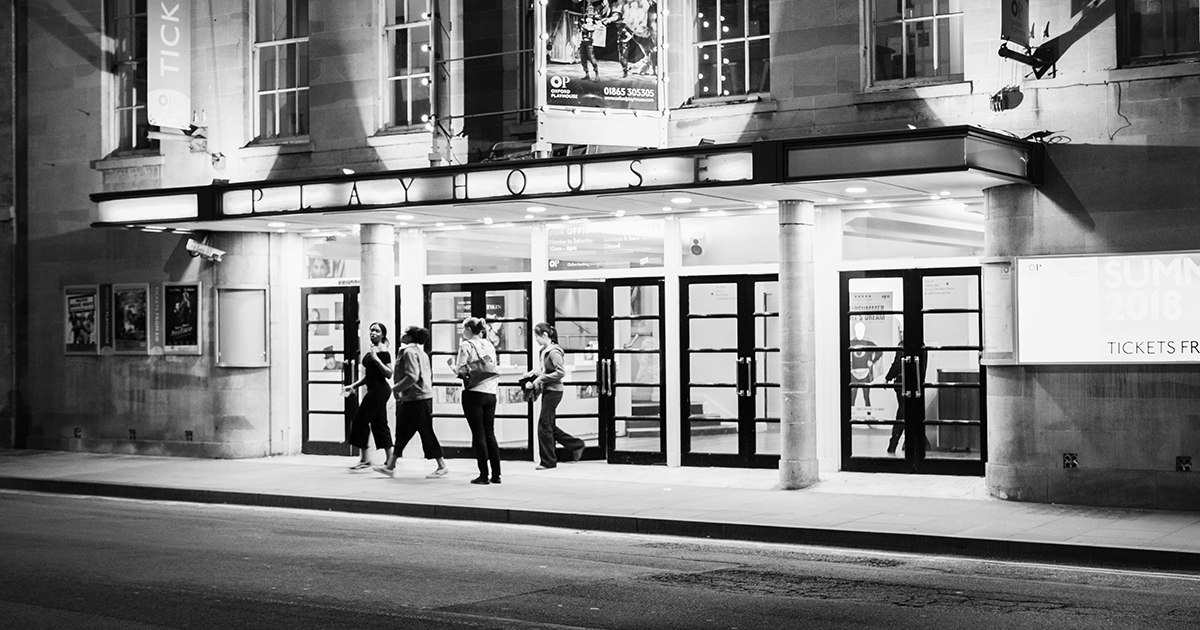 Oxford venues react to £1.57 billion rescue package for the arts

The UK government will provide a £1.57 billion rescue package to help cultural, arts and heritage institutions through the detrimental financial impact of the coronavirus, Chancellor of the Exchequer Rishi Sunak announced in a tweet on Sunday evening. The news of the “world-leading” lifeline comes as a relief for Britain’s struggling arts sector and marks the largest ever one-off investment in UK culture. Britain’s museums, galleries, theatres, independent cinemas, heritage sites and music venues are all set to receive emergency grants and loans.

The announcement follows numerous campaigns, including the #SaveOurVenues initiative launched by the Music Venues Trust, as well as the #LetTheMusicPlay letter campaign, which saw the live music industry unite to demand immediate support from the government.

Protection will now be ensured for thousands of institutions who continue to face an uncertain future. Included in the package is a £1.15 billion support pot for cultural organisations and £100 million for national cultural institutions and the English Heritage Trust. A further £120 million will also be provided to allow construction work at cultural and heritage sites, put on hold due to nationwide lockdown measures, to resume. This will also enable furloughed employees and freelancers to return to work. A final £188 million will go to devolved administrations across Northern Ireland, Scotland and Wales.

Prime Minister Boris Johnson recognised the UK’s cultural industry as “the beating heart of this country”, asserting that the funding will “safeguard the sector for future generations, ensuring arts groups and venues across the UK can stay afloat and support their staff whilst their doors remain closed and curtains remain down.”

“The beating heart of this country”

Among the venues in Oxford hit hard by the pandemic is Oxford Playhouse. As a registered charity, the theatre relies on ticket sales for 80% of its income but has had to suspend all productions until Monday 3rd August in keeping with government regulations regarding live performance. The news of the government’s support package was welcomed by the theatre, who said it was “a very generous rescue funding package which recognises the vital role the arts play economically and socially across the country”. However, Oxford Playhouse stressed the continued importance of public support in keeping the theatre afloat. After its closure in March, the theatre launched its ‘Playhouse Plays On’ appeal, asking for donations from its audiences and community.

Oxford’s museums and galleries have also struggled to weather the storm. “This has been a challenging time for Modern Art Oxford and news of the rescue package is very welcome”, acknowledged director Paul Hobson. Hoping to reopen to the public in August, the gallery continues to rely on contributions from the public. “There are lots of ways to support us, from joining our fantastic team of volunteers to becoming a Friend for just £30 a year, or simply by donating what you can”.

The Pitt Rivers Museum was equally “delighted to hear the Government’s announcement that will provide vital support”, and has stayed connected with its visitors through “an amazing virtual museum tour”.

The Ultimate Picture Palace on Cowley Road, while “glad to see that the government has stepped up its response to help arts and cultural venues during this crisis”, noted that “the devil will be in the detail”.

“We hope that independent venues, grass-roots organisations, and creative freelancers will benefit from this announcement and not just the major institutions”, said General Manager Micaela Tuckwell. The cinema, a proud member of the Independent Oxford Network, was granted £12,683 from the British Film Institute’s Covid-19 Resilience fund as well as a small business grant of £10,000 from the government. Despite this, public support has proved vital, and the UPP was “immensely grateful” to see their Crowdfunder campaign reach their primary target of £18,000 within just 90 minutes on Friday. The cinema plans to reopen in September.

Further details of the scheme will emerge as it opens for applications in the coming weeks. A phased return of the performing arts sectors is currently being finalised, with the government working alongside medical experts to allow entertainment venues and other cultural organisations to reopen as soon as it is safe to do so.