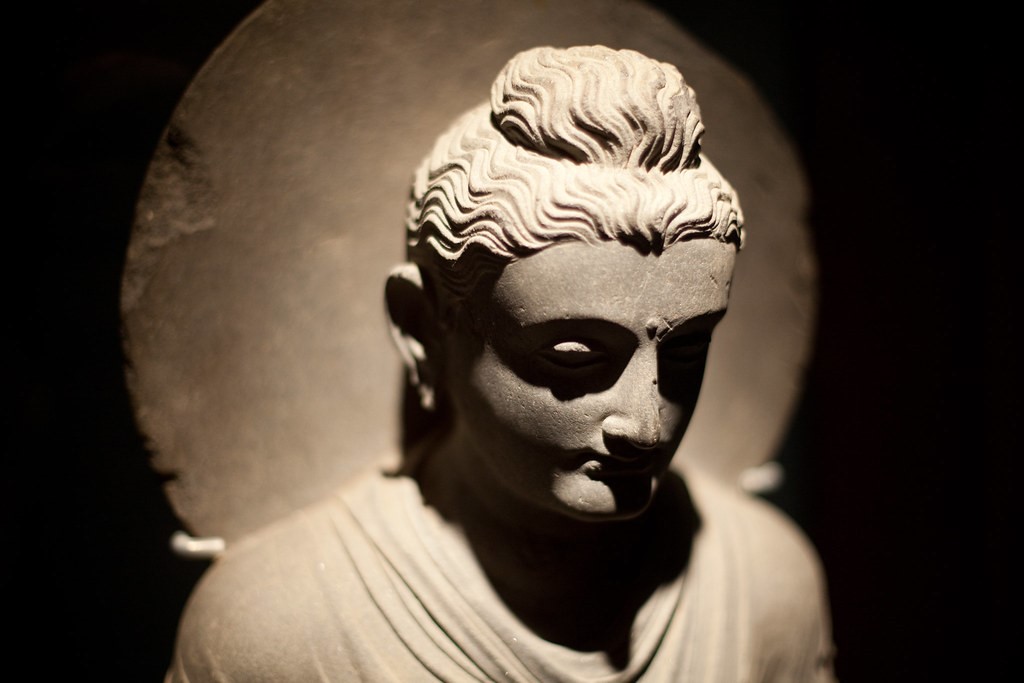 “Fancy an Indian studying Greek!” How I found my place in the Classical Tradition as a British Indian

Note: The author would like to clarify that the professor mentioned in this article is not an employee of Oxford University, nor is the summer school described one affiliated with the University.

This is what I overhead a professor say about me to his peer at a summer school garden party in 2017 . Having really enjoyed myself at the summer school, I was now convinced that Classics was what I wanted to study. At that moment, however, I felt smaller and more of an impostor to my subject than ever before. I had often felt slightly uncomfortable in my Greek lessons at secondary school. Not because of the languages or texts themselves, but because of the way they seemed to be welded into a wider narrative. It was a narrative that designated the “West” as Ancient Greece’s sole cultural heir, a narrative that I was invited to be a part of, but wasn’t entirely comfortable with.

“Western civilisation”, I was told, was cradled in Classical Athens, where its existence was directly threatened by Persians. The famous men of Classical Athens were presented akin to modern figures. Pericles, Themistocles and Cleon became George Bush, Tony Blair and Boris Johnson dressed up in chitons and sitting in Athens, with a strange certainty they would be studied and emulated by their successors in Britain and the United States two millennia later.

Every time I read a passage of Greek text, I would be reminded of its implications for “Europe” and the “West” alone. I couldn’t fault these explanations; they made perfect sense. But in spite of this, I, as a British Indian, still felt a little uneasy and partially excluded from the tradition I was trying so hard to understand and be a part of.

A narrative that designated the “West” as Ancient Greece’s sole cultural heir, a narrative that I was invited to be a part of, but wasn’t entirely comfortable with.

A few years later, I’m now an Oxford Classicist. Reading Herodotus’ grand and detailed survey of the world (as known to the Greeks), I noticed very little mention of Europeans apart from the Greeks themselves. Herodotus’ narrative is instead preoccupied with Anatolians, Persians, Egyptians, Scythians and Indians.

Given the narrative I had been weaned on – that Greece was the embryo from which (Western) Europe sprung – there seemed to be a peculiar absence of Western Europeans. There are little to no references to Britons, Germans and others from the region in Herodotus’ logoi. In fact, Europe seems to be simply the landmass on which Greece is situated, and far from a political construct that went on to separate Greece culturally, physically and ethnically from its closest neighbours. I was even more surprised when I was told that Herodotus was of partial Anatolian descent and lived in the Asian city of Halicarnassus.

In spite of this, the modern West certainly owes a lot to Classical Greece. The Romans adopted and adapted the culture of the Greeks to their own needs and exported it across the Mediterranean – particularly into the Western European hinterland. “Western” culture as we know it today was created by early dissemination of Greco-Roman culture and by the Renaissance over a millennium later, spurred on by Byzantine Greek refugees in Italy from a sacked Constantinople.

Europe’s claim to be Greece’s cultural heir was only further strengthened during the Enlightenment and later during the colonial period. Greece’s ancient civilisation proved to be the perfect scapegoat to provide ideological backing to British colonists who,  remarkably, managed to colonise civilisations much older than their own. Fabricating Greece as their cultural ancestor, the British, who didn’t have a Classical civilisation, could now hold their own when confronted by the weighty classical traditions of Persia, India and China.

It was perhaps the hangover of these colonial sentiments and narratives that provoked feelings of shock in the aforementioned professor. To him, I did not appear to be a typical student of Greek. In his view, it seemed, I can study Greek and Classics all I want, but they will never belong to me, they will never be my cultural property. And if I do study them, it will be seen as my benefiting from the bettering and civilising charity of the Western Classical tradition, being an Asian. Perhaps I was overreacting or being oversensitive, but this is the impression I got, and it was one that hurt me deeply.

Fabricating Greece as their cultural ancestor, the British, who didn’t have a Classical civilisation, could now hold their own when confronted by the weighty classical traditions of Persia, India and China.

However, my study of Herodotus led me to read further into Greece’s role in Eastern history and the dissemination of Greek culture and people across Asia following the death of Alexander of Macedon. This exposed me to the glories of the Hellenistic Age, the most moving of which was the Gandhara civilisation, whose art, sculpture and philosophy was borne out of years of cultural syncretism between Indians and Greeks in North-West India.

While I was certainly moved by the elegance of the Apollonian Buddha statues found in Gandhara, perhaps the most surprising instance of syncretism was the Kandahar inscriptions. The city of Kandahar in Afghanistan, most well-known today for being the stronghold of the Taliban, was once a thriving Indo-Greek city, and its name is a corruption of the word “Alexandria”.

On the outskirts of the city, three Greek inscriptions have been found. Two of them are attributed to the Indian Emperor Ashoka, who preaches Buddhist doctrine in Greek. The third is a playful Greek acrostic poem, written in elegiac couplets and attributed to Sophytus, the Son of Naratus. Scholarship on the matter has shown that these are by no means Greek names and are probably corruptions of Indian ones: the Greek poem was written by Subhuti, the son of Narada.

These inscriptions firstly tell us that Kandahar was not a Greek “colony”, as Western narratives have tried to portray. Secondly, Kandahar, or Alexandria, was home to Greek-speakers who were sympathetic to Buddhists and perhaps even practised Buddhism. Thirdly, it was home to Hellenised Indians, like Subhuti, who had a good enough knowledge of Greek to compose poems in it.

I hope that in the future, the Classical tradition will… aim to use some of the most beautiful literature ever written to answer questions that are common to humanity and celebrate the wonders of our human civilisation.

I wish I had known about this on that afternoon in 2017. My maternal grandfather’s family originally comes from the same region. This means that my Gandharan, Indian ancestors were probably studying, writing and speaking Greek many centuries, or even millennia before that professor’s British, European ancestors were! Therefore, if we choose to use the logic that provoked his reaction, the idea that ancient civilisations somehow become the cultural “property” of certain groups of people, I would argue that as a British person of North-West Indian origin, Greece is just as much my cultural property as his, if not even more so.

But I don’t want use this divisive logic and that is not the point of my argument; I hope that in the future, the Classical tradition will evolve to be one that does not designate Western Europe as its sole heir. I hope that it will become a tradition that aims to use some of the most beautiful literature ever written to answer questions that are common to humanity and celebrate the wonders of our human civilisation.

While this is a noble idea, we cannot deny the fact that all of us look for a bit of ourselves in what we study and the impact of Greek civilisation on the modern West should be acknowledged. However, this should be done with the recognition that Greece is by no means the cultural property of the West alone. Moreover, we must realise that Greece, given its geopolitics, has also had an immeasurable and perhaps less contrived impact on the cultures of the Middle East, Persia, Central Asia and India. Indeed, Greek influences on Buddhist thought carry its influence as far as Korea and Japan. We must also acknowledge that such a change in paradigm is not something that applies solely to the West; India, Iran and Middle East, for differing religious, political and nationalistic reasons, have also heavily downplayed the cultural debt owed by them to the Greeks.

I, as a British Indian, am now comfortable and content in my own place in the Classical tradition.

This is something I have experienced in the form of hostility from South Asian peers and family members. They are hesitant to acknowledge the true impact of the Greeks on their culture. This is certainly something that must change, and can only change once ancient history is taught with no winners and no losers, with minimal cultural ownership and inheritance, and free from the yoke of both Western cultural imperialism and Eastern nationalism. Ancient Greece doesn’t “belong” to any single group of people, and should therefore be taught about and studied in such a way that its genius and the  sheer majesty of its civilisation can be appreciated by everyone who is passionate about it.

Coming back to the comment that hurt me so much, I am now grateful to have overheard it. I, as a British Indian, am now comfortable and content in my own place in the Classical tradition. I am proud to have been born and brought up in the UK, a country whose culture, through conscious emulation, has adopted Classical Greece as its own ancient benchmark and has used this inspiration to create the fair and international democracy it is today. I am also of Indian origin, and I am proud of the fact that my Indian culture has just as much to do with Greece but was impacted by it in a very different and perhaps a more organic manner. But regardless of my background, it is my love of the language and my devotion to studying the texts and their implications which makes me just as much a valuable part of the Classical tradition as anyone else, regardless of where they come from.

Image Credit: “Buddha” by eschipul is licensed under CC BY-SA 2.0