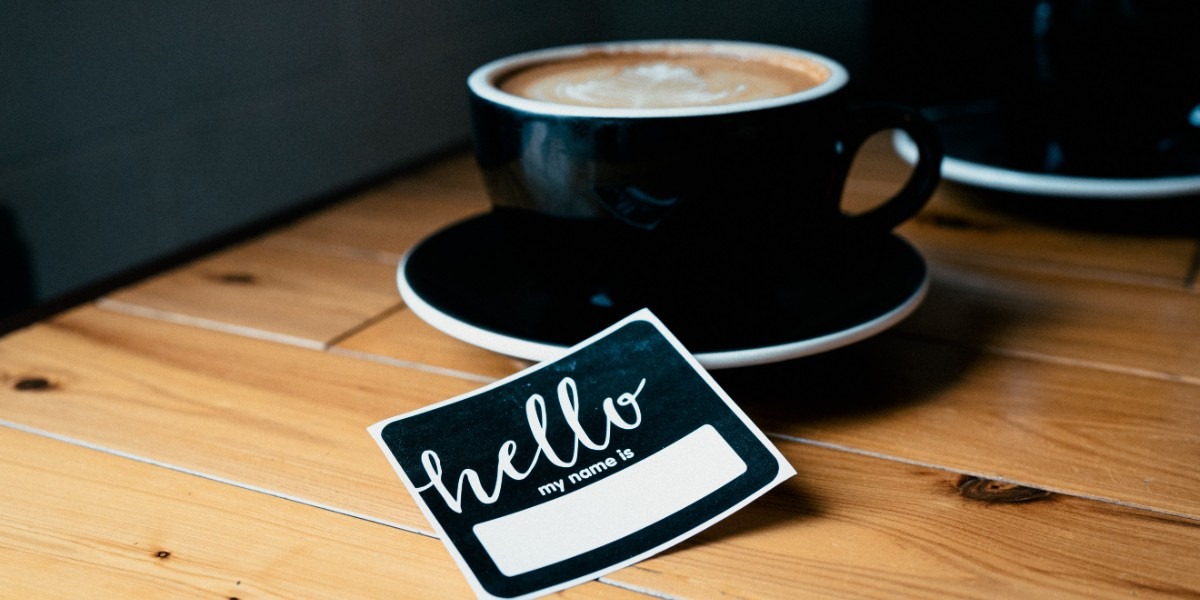 Image description: A cup of coffee and a name tag.

For as long as I can remember I’ve had a very complicated relationship with my name: Nupur (nūpur). It was gifted to me by my mother; she always taught me to be proud of it. In the very beginning, before being wrapped up by the world around me, I was proud. Looking back at home videos, my much younger self would hear my name and my face would instantly light up. I’d flash the greatest of smiles to the camcorder. It’s a bittersweet experience to watch these moments back and to remember that not too long after my name became a deep source of shame.

The truth is that especially during my early teens I deeply resented it. It was what made me stand out from others my age, and for some reason, I couldn’t quite understand that that was not a bad thing.  Just like many teens,  all I wanted was to be ‘normal’, whatever that meant. Instead what I got was being the ‘other’. I grew up in a diverse community in London and yet at school the many white teachers would butcher by name in front of my classmates, to the point where it became a running joke in my class. The teacher would slowly make their way down the register, my palms would become sweaty. All I could whisper to myself repeatedly was “Please don’t say my name wrong. PLEASE.” As expected, the incorrect pronunciations came, and while I was and still am very forgiving about this, this was often followed by an unwillingness to listen once I corrected their mistakes. It only drew more unwanted attention to me and as others laughed uncontrollably I’d stare at the ground hoping for it to swallow me up. Quite often these moments were accompanied with, “that’s an unusual name!” or “ohh, what a unique name, so where are you from?”, “why did your parents call you that?”, “is it Indian…or?” They might have had the best of intentions but they only reinforced the fact that I felt like a foreigner. Having to explain my name and my culture, again and again, was exhausting. I knew that white British people in my class wouldn’t have to face the same situation.

In fact, I was so embarrassed that whenever I could, I would try to change my name: adding anglicised nicknames or even presenting myself with a more English-sounding name. One example was when I was eleven. Upon boarding a flight to visit my aunt and uncle in Texas, I was grouped with three white teenagers who quickly sought to mock my dress sense and love of strawberry laces; they spent a good half an hour just pelting sweets at my head. Another act of mockery during our long-haul flight was sure to break me, so when I finally introduced myself, the words “I’m Claire,” flew out of my mouth. I know, I know, it was ridiculous. I’m not quite sure why I chose that name! While I can laugh about it now, I also think about the darker side of it: I was so ashamed of my name, so ashamed of myself that I chose to cut out my wonderful Indian culture to be able to navigate life more easily. I thought “Claire” was acceptable, and with it I could fit in without being treated differently.

It wasn’t until later in life that I realised my name was representative of something a lot more rooted in the specific types of ‘normal’ that Western society presented to me.

It wasn’t until later in life that I realised my name was representative of something a lot more rooted in the specific types of ‘normal’ that Western society presented to me. There were times when I wanted fairer skin, to be like the ‘blonde hair and blue-eyed’ dolls in my collection, I’d pray for straight hair and would often turn red with embarrassment when I dressed in saris in front of my white friends. Even dwelling on all of this makes me so emotional; how could I have missed the wonderful aspects of myself and my Indian culture? Yet, On the other hand, I also sometimes didn’t feel Indian enough: I couldn’t speak my family’s language, at family occasions I’d more often be dressed in jeans than in saris and other Indians that I knew often shamed me for it, calling me more of a ‘coconut’ than anything else. Not British enough, not Indian enough.

I’ve come a long way since then and I’m very happy to say that I am fully proud of my name and my Indian culture, even if I’m ‘not Indian enough’ for some people. When I started to realise the oppression that was placed on me and what I placed on myself, that’s when I started to embrace myself. I realised that my hatred was conditioned by the ‘otherness’ that has been attached to names and cultures that aren’t classically ‘English’.

Despite this, even at Oxford sometimes I’ve found it difficult to completely shake off my past struggles. I still feel a little nervous when I’m asked my name, and every now and again I let people use the English-sounding pronunciation to avoid awkward encounters. I have often hesitated when I correct someone’s pronunciation of my name since in the past it has gotten me uninvited from social events. Constantly I find my name with a squiggly line under it on Microsoft Word often autocorrected with silly replacements. In emails, it is misspelt by others despite my full name being included in my email address or when my signature is placed at the bottom. Napur, Nuptur, Nupru, Nupa, Nuper, Nupoor… It’s probably funny to the average person but for me, it’s really disappointing to see it pop up time and time again. On a separate level, it’s also baffling considering that my name is only five letters long, two of which are the same! When the errors happen so often, even after corrections, you realise that there’s a sense of carelessness about it which really isn’t acceptable. It suggests that my name isn’t as worthy as an English-sounding name. This became apparent to me when I had a family friend ask if they could call me Bianca (my middle name) because Nupur was too hard for them to even attempt to pronounce.

My qualms with my name may sound minor or trivial to some, but they are definitely a reflection of wider cultural issues. I’m not the only person to have felt this way. Certainly, we live in an age where people are becoming more used to different names but there’s still a tendency to change them into something that they can relate to. The experiences that I have faced at Oxford reveal a need for people to be more accommodating and to get used to making more of an effort for people with names like mine.

If we can all make a bigger effort to try harder with names we’re not familiar with, people like me would feel less of an outsider and more accepted as an individual. There’s no harm in getting it wrong now and then, but being corrected and taking that on board makes a big difference.

If we can pronounce and spell names like Arnold Schwarzenegger and Tchaikovsky, we can do the same with any name, especially ethnic ones.