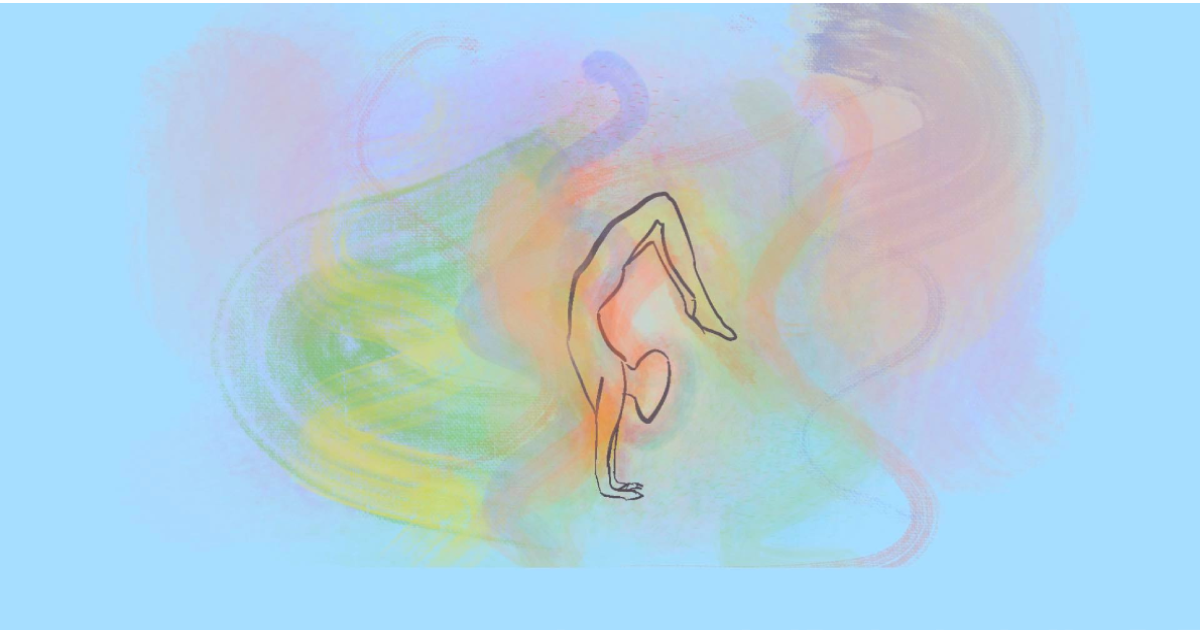 Breathing deep and diving in: yoga and cultural appropriation

I am a Yoga with Adriene fanatic. Most days begin with rolling out my yoga mat and doing 30 minutes of stretching, deep breathing and being vaguely annoyed that my heels don’t touch the mat in downward-facing dog. I have, however, never chimed in with Adriene at the end of each video, when she finishes the practice with an Anjali Mudra and the word “Namaste”. It just makes me uncomfortable.

Perhaps it’s a moment when I became acutely aware of my position as a white, middle-class, able-bodied woman, practising an ancient tradition from a place that was colonised by my ancestors. It doesn’t feel wrong for me to practise yoga, but I have begun to think that this discomfort is worth investigating.

So I’ve done some reading.

The origins of yoga can be traced back to South Asia, a space that was colonised by the British and Portuguese. Yoga was originally intended as a preparation of the body for unification with the spirit. From 1757-1947, yoga and Ayurveda (a system of medicine) were prohibited, rejected, and mocked by colonists in part of a large-scale movement to erase Indian culture. But if it was being suppressed, how did it become the global phenomenon it is today?

Well, according to Professor Shreena Gandhi and Lillie Wolff, yoga became popular outside India and South Asia because of how it appealed to European and Euro-American ideas about India and its people; it allowed Western practitioners to experience the ‘other’, dipping their toes into another culture whilst also being able to focus on the self. By the ‘60s, yoga was a popular part of the New Age obsession in the West, but particularly in the US. Just as India was trying to reclaim and rebuild its culture following independence, yoga was being practised, commodified, and arguably, appropriated in the West.

Although misusing or disrespecting symbols and icons may be unintentional, or even a misguided attempt to actually respect the culture, it is no less hurtful to the communities that are being exoticised and commodified.

In her article on yoga and cultural appropriation, Rina Deshpande explains that the issue involves “two extremes”. Firstly, the “sterilization” of yoga, where references to the roots and history of the practice are erased to make Western practitioners “comfortable”. Secondly, the exotification and commercialisation of yoga and Indian culture. Think leggings with Hindu deities on them, or Om tattoos. Both extremes are clearly problematic, as the former erases the Indian and South Asian roots from the practice, arguably recolonising it in the same vein as the initial colonisation attempts to erase Indian culture. The latter has more capacity for being explicitly offensive. Although misusing or disrespecting symbols and icons may be unintentional, or even a misguided attempt to actually respect the culture, it is no less hurtful to the communities that are being exoticised and commodified.

Professor Gandhi, a teacher of Religious Studies at Michigan State University, wrote that white people who do yoga often contribute to a “system of power, privilege, and oppression”. Ignoring the roots, history, and philosophies of the practice in favour of using it as “just exercise” is a form of erasure, and potentially an act of cultural appropriation. Yoga classes are often expensive and demographically match the majority of yoga product marketing – that is, thin, cisgender, able-bodied, middle-class white women.

Of course, I’m not condemning these women for practising yoga. Yoga is wonderful and healing and should be available to everyone. But these environments can be uncomfortable and inaccessible to those who do not fall into these categories. The high cost of these classes can exclude the very people who have strong cultural and historical ties to this ancient practice. Looking at the average Western yoga class, it is apparent that these types of practices can become misaligned with the philosophies of yoga, which encourages accessibility and inclusion.

Cultural appropriation, as opposed to the more neutral globalisation, is about this systemic and historic imbalance of power.

The commercialisation of yoga often benefits those who are already in places of privilege – selling om themed products or the aforementioned leggings is appropriation, profiting from taking a different culture and commodifying it. Even if you believe that this is just a part of cultural exchange and globalisation, I think that the colonial history of the practice moves this relationship beyond simple interchange. It potentially isn’t sharing culture as much as it is taking culture. Cultural appropriation, as opposed to the more neutral globalisation, is about this systemic and historic imbalance of power.

Adriene Mishler of Yoga With Adriene exemplifies how tricky it can be to navigate this area between respectful practice and harmful cultural appropriation. She uses the correct Sanskrit terms and brings essential philosophies of yoga such as humility and gratitude into her practice. Adriene also provides yoga classes on YouTube for free, and offers variations of poses to improve accessibility and inclusivity.

Her core philosophy can be summarised in her favoured phrase: “Find what feels good”, prioritising the positive experience and joy of engaging in yoga over the perfection-centred, marketable Western form you might see on Instagram. The difficulty perhaps arises when these free classes are at least partially funded by selling merchandise. To be fair, this merchandise is largely more personal branding than appropriating icons and symbols from yoga culture. For example, Adriene uses depictions of her dog, Benji. However, it is still potentially a commercialisation of the yoga practice itself as these products are based on her classes.

I’ve come to think that it’s somewhat of a grey area; Adriene is able to offer yoga classes for free, but at the price of potentially commercialising the practice. Overall, I do believe that her practice is respectful, accessible and well-intentioned. She often discusses the history of yoga, clearly respects it deeply and encourages her audience to do the same.

So, how can we make our yoga practice better? Perhaps we should start by recognising and honouring the roots of yoga, and exploring it more holistically – learning about its different branches, for instance. It is also important to embrace the central philosophies of the practice, such as humility, inclusion, respect and gratitude.

I am very aware that I am approaching yoga from the perspective of someone who is of the yoga-marketing demographic. Although I have read a variety of perspectives on this matter, I do not give my opinion with any degree of purported authority – I am no expert. I do think that we need to talk more about how we practise yoga. It isn’t about saying who can and can’t do it, but learning to engage in the practice respectfully and with more awareness, understanding its complex and often painful history. Although I have spoken about Yoga With Adriene in depth, it is important to consider a wider variety of teachers and yogis, supporting the practice in its diversity and inclusivity. Perhaps next time I look up a class it will be on the Samyak Yoga channel, or one of Jessamyn Stanley’s Underbelly Yoga videos.

I will, however, continue my practice with a renewed sense of humility, gratitude, and awareness: engaging in yoga appropriately, not appropriatively.

Ironically, although it was the word “Namaste” that brought me to look into my practice more deeply, I’m still undecided on whether to say it. Simply put, its commercialisation through products such as t-shirts that say “Namas-ye” has arguably turned it into a marker of appropriation and commodification. Namaste means: “I bow to the divine in you” and is a direct reference to the Hindu faith, but some say that it isn’t part of the traditional yoga practice.* Perhaps a “thank you” will do, instead. I think this is a matter where each person should do their own reading and make a personal decision. I may choose not to say “Namaste”. I will, however, continue my practice with a renewed sense of humility, gratitude, and awareness: engaging in yoga appropriately, not appropriatively.