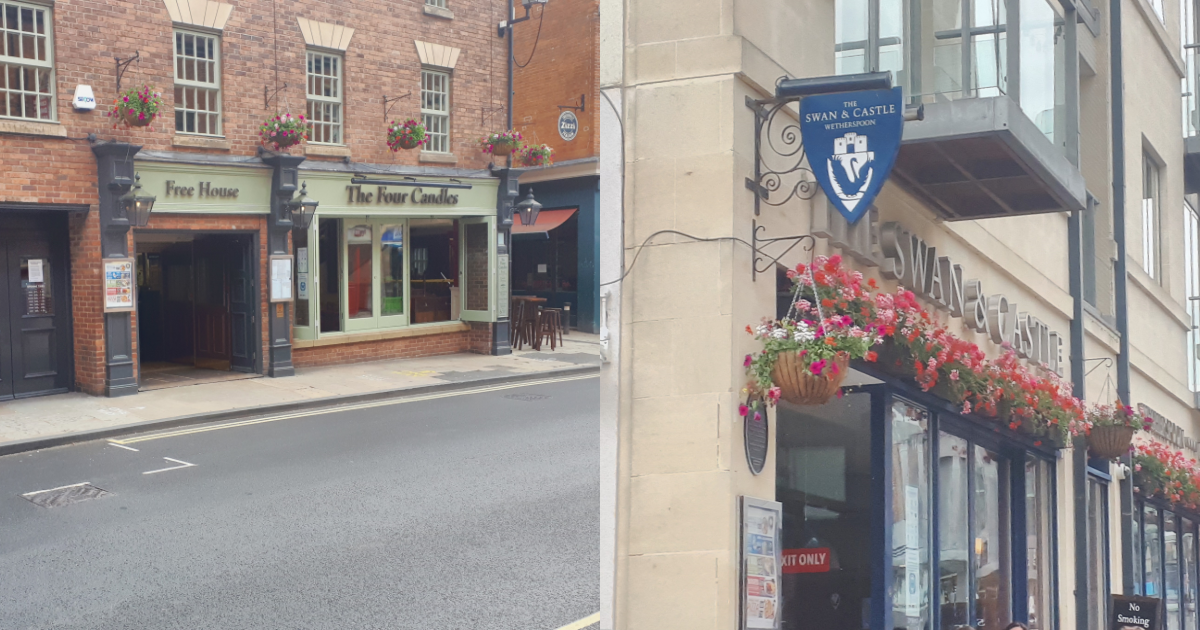 To Spoon or not To Spoon?

The British cultural institution and high street staple that is the pub chain Wetherspoons has always been rather divisive, not just because of the questionable food and lack of quirky charm which the best independent pubs have. Ah, if only life was that simple. But alas, the opprobrium launched at Wetherspoons is in large part down the actions and political beliefs of the company’s founder, arch-Brexiteer Tim Martin.

There is a nice sense of irony to be writing in an Oxford student publication about a pub which has an in-house magazine which devotes a large number of its pages to deriding the anti-democratic “Oxbridge elite”. However, Mr Martin’s views are well documented and, truth be told, don’t particularly bother me; when teenagers on mid-2010s Tumblr would decry that there is no ethical consumption under capitalism, I assume they had this particular scenario in mind.

Admittedly, your local branch of the Liberal Democrats are still unlikely to be spotted having their meetings in Spoons, but many of us have weathered his overly-zealous hatred of the European Union with a laugh, just as long as he also offers the occasional discount on pints in return.

Admittedly, your local branch of the Liberal Democrats are still unlikely to be spotted having their meetings in Spoons

There are, however, more pressing issues which have caused many people to reconsider their local of choice. Tim Martin’s poor treatment of his staff and disdain for worker’s rights has long been documented, but the lockdown caused by the Coronavirus crisis caused him to stop paying his staff, suggesting they could go and apply for jobs in supermarkets instead. In response, some pubs were daubed with “PAY YOUR STAFF” and other similar statements outside their entrances.

Although he later made a U-turn on this issue and opted to place his workers on the furlough scheme, he then repeatedly made clear his intention to reopen his pubs as quickly as possible. He did this in spite of the obvious threat to the health and safety of the staff and customers.

The obvious conclusion for the ethical consumer then is to boycott Wetherspoons and instead support independent pubs. Indeed, the new app Neverspoons aims to direct you to local alternatives so we can keep our morality as consumers intact. However, there are two issues with this simple resolution. The cheap and seedy appeal of Wetherspoons may well prove overwhelming for the desperate student trawling the mean streets of Oxford for adequate (?) and affordable sustenance and refreshment.

Faced with the choice between something unidentifiable at the back of one’s fridge and something unidentifiable in the college’s dining hall, the beckoning allure of a pint and all-day breakfast to break the monotony of an essay crisis is difficult for even the most chaste of us to ignore. It is undeniable that Wetherspoons has one straightforward function which it reliably performs at a price that is considerably more affordable than its competitors.

Tim Martin’s poor treatment of his staff and disdain for worker’s rights has long been documented, but the lockdown caused by the Coronavirus crisis caused him to stop paying his staff, suggesting they could go and apply for jobs in supermarkets instead.

When I came to Oxford on an offer holder’s day I picked up a copy of a student newspaper. Whilst flicking through it, I stumbled upon a review of all the Wetherspoons in Oxford. The author had dropped in that their love of Spoons was down to them being ‘a bit of a chav’, and whilst I groaned at the obvious classist implication of their words I did come to appreciate that the chain, much like our beloved NHS, has cultivated a sense of universality.

Whether it be the rugby lads, the clubbers, the post-crewdate politicos or any other sub-clan of the student population, they can all appreciate a cheap pint in the company of their friends and an omnipresent background of red-faced lonely middle-aged men, regardless of their wealth or background.

Spoons acts as a cultural glue; there are few other places which can so successfully accommodate for a broad range of the nation’s populace. Many of us will have our fond anecdotes of time wasted in, say, the Swan and Castle or own local temple of inebriation. I spent my 19th birthday in a Spoons, eating bowl after bowl of apple crumble which acquaintances had thoughtfully ordered for me on the app in lieu of a real present.

One of my housemates has spent so much time in the Four Candles that he has cracked the security code to the storeroom. Misspent youth, you say? Definitely, but at least the minimal financial burden makes up for our uninspiring life choices.

The other point in its favour is slightly less facetious but perhaps given less of a hearing; the workers of Wetherspoons are kindly begging you to put aside your misgivings towards the owner and his morals and forego a boycott of the pub chain. The Bakers, Food and Allied Workers’ Union has warned that a #Neverspoons boycott would harm the workers due to cut hours and fewer wage pay-outs.

The SpoonStrike campaign of unionised Wetherspoons staff has instead argued that, at a time when the hospitality sector has been squeezed and alternative jobs are diminishing, it would be better to instead raise awareness of the working conditions of the staff and support their attempts to unionise and strike.

The Bakers, Food and Allied Workers’ Union has warned that a #Neverspoons boycott would harm the workers due to cut hours and fewer wage pay-outs

It cannot be overstated that there is also no guarantee that your local independent pub treats its staff much better anyway, although on the flip side supporting indies does increase their bargaining power with suppliers and reducing the chains’ ability to undercut on prices. Regardless, the bottom line is that Tim Martin won’t be the one who immediately suffers when we choose to stay at home, but it is his employees who already struggle on low pay who will end up out of a job.

Of course us punters are under no obligation to spend our money anywhere, especially if we are not confident to safely visit these businesses.  In the great divide between independent pubs and Wetherspoons, then, there is perhaps only one morally correct solution – why not have a pint at both?