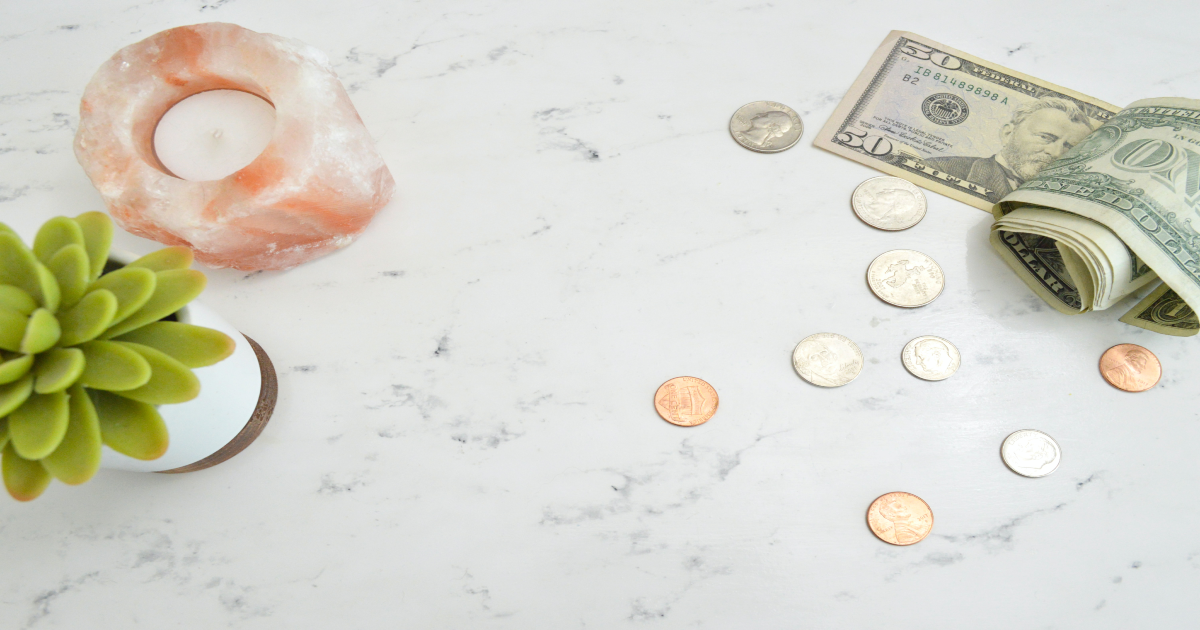 Minimalism: Another product to buy into

Image Description: A minimalist aesthetic – a succulent and pink candle to the left and money scattered to the right.

“Minimalism is a tool to rid yourself of life’s excess in favour of focusing on what’s important—so you can find happiness, fulfilment, and freedom,” say ‘The Minimalists’, Joshua Fields Millburn and Ryan Nicodemus. It is about intentionally living with only the possessions that add value to your life – a lifestyle that certainly sounds liberating in a society so saturated with consumerism. But is minimalism really an escape from the dissatisfaction produced by a capitalist society?

Millburn and Nicodemus’s Netflix documentary Minimalism (2016) offers insight into the fulfilling experience of a minimalist lifestyle. The principle of living with only what you need seems initially to lean towards anti-capitalist ideology in which this lifestyle could be available to all with the equal sharing of resources. But, unsurprisingly, this documentary fails to delve beyond a surface level critique of society, and minimalism emerges simply as an aesthetic lifestyle for white entrepreneurs; a privilege reserved for a select few.

The implication that everyone has the choice to escape from consumerism is a lie.

Minimalism is about living with intent, making conscious choices about what you consume. But the ability to do so requires a certain level of financial stability unfamiliar to many working-class people. The ability to reject making money and consumption the centre of your life is a privilege. Those who shame the crowds of consumers pouring into shops for Black Friday sales, clips of which are included in this documentary, seem to ignore this. Their moral high ground is inherently classist. It presents the consumers as greedy animals, hungry for new possessions that they don’t need, when in reality those sales are the only time that some people can afford to buy themselves something of high-quality.

The implication that everyone has the choice to escape from consumerism is a lie. A comfortable minimalist lifestyle requires investment. Minimalists generally favour a small number of high-quality items, but the concept of buying anything other than cheap fast fashion is unimaginable to many people living paycheque to paycheque. It is not a case of simply reducing your possessions; if I Marie-Kondoed my wardrobe and only kept the things that “spark joy” I wouldn’t be left with a staple collection of long-lasting designer clothes. I’d have to start from scratch.

Minimalism (2016) also raises the issue of excess space in American homes. Whilst this is somewhat revealing about modern American culture, the example floor plan featuring two living rooms and a grand piano is certainly telling of the class of people to which this refers. The complaint of having too much space without recognition of the privilege behind this is insulting when there are people without a home at all.

The framing of minimalism as something emancipatory that frees people living in excess is extremely problematic. It ignores the actual suffering of working-class people and implies that it is in fact the middle-class that need to be liberated, because it must be awful having three dining rooms. Of course, materialism does affect both the rich and poor in a damaging way, but in offering a solution to universal societal discontent that is only accessible to the privileged, there is an acceptance that liberation will always be reserved for a select few. It is not a coincidence that the exemplar minimalists of this documentary are primarily white, middle-class men.

Modern-day minimalists also aestheticise having less, for instance the recent trend of ‘Tiny Houses’. Something doesn’t sit right with me about middle-class people choosing to live with less, when this lifestyle is forced upon some people. It reminds me of the working-class appropriation of rich kids dressing in Adidas tracksuits– having less is turned into a trend. You can adopt the humble aesthetic of poverty without ever having to deal with financial struggle. I was shocked when a person in the documentary revealed that she could afford to quit her job if she and her husband simply downsized to a smaller apartment. Surely if this trend catches on, affordable housing will be taken away from those who really need it, so that others can retire in their thirties.

The hypocrisy of minimalism is that these people are never free from the desire to have more, the need for goods is simply replaced with a desire for excessive disposable income. Whilst minimalism initially seems grounded in anti-capitalist ideology, liberating the individual from their material conditions, modern minimalists actually exploit this societal dissatisfaction and use it for their next business venture, hypocritically creating more products for people to buy – from lifestyle books to tiny house designs.

Of course, there are principles of the minimalist lifestyle that are valuable. Finding a means to deal with your unhappiness is by no means a bad venture. However, the framing of minimalism as life-changing turns it into another neoliberal coping mechanism which proposes that the key to happiness lies in individual choices rather than in societal change. Many people would agree that living in a materialistic society is unfulfilling, yet by offering a ‘solution’ to this within the system, those who are discontent are silenced and a population calling out for change is deradicalised.

Minimalists aren’t freeing themselves from the society which dissatisfies them – they are assisting its continuation by producing more products under the guise of liberation.

Minimalism echoes the mindfulness and self-care trends, which are important ideas in themselves but are often framed as moral imperatives as opposed to individual lifestyle choices. As Ronald Purser writes: “The cruelty lies in supporting the status quo while using the language of transformation.”  All responsibility is removed from the system and placed on the individual, whilst small personal changes keep the population fit enough to continue participating in a capitalist society.

Minimalists aren’t freeing themselves from the society which dissatisfies them – they are assisting its continuation by producing more products under the guise of liberation. It seems extremely hypocritical to say, “free yourself from materialism, but while you’re here – buy my book!”. Minimalism is a perfectly valid coping mechanism and lifestyle, but framing it as a social movement disempowers any collective identity we have and places the responsibility on the individual to solve what is a much wider issue.

Individual action is important, but your tiny home isn’t going to solve climate change, nor will reducing the number of goods you own shield you from the thousands of advertisements you see a day. Don’t always buy into what they tell you. At the end of the day, it’s in the interest of the minimalist entrepreneur that society remains the same. Otherwise, who is going to buy their books?