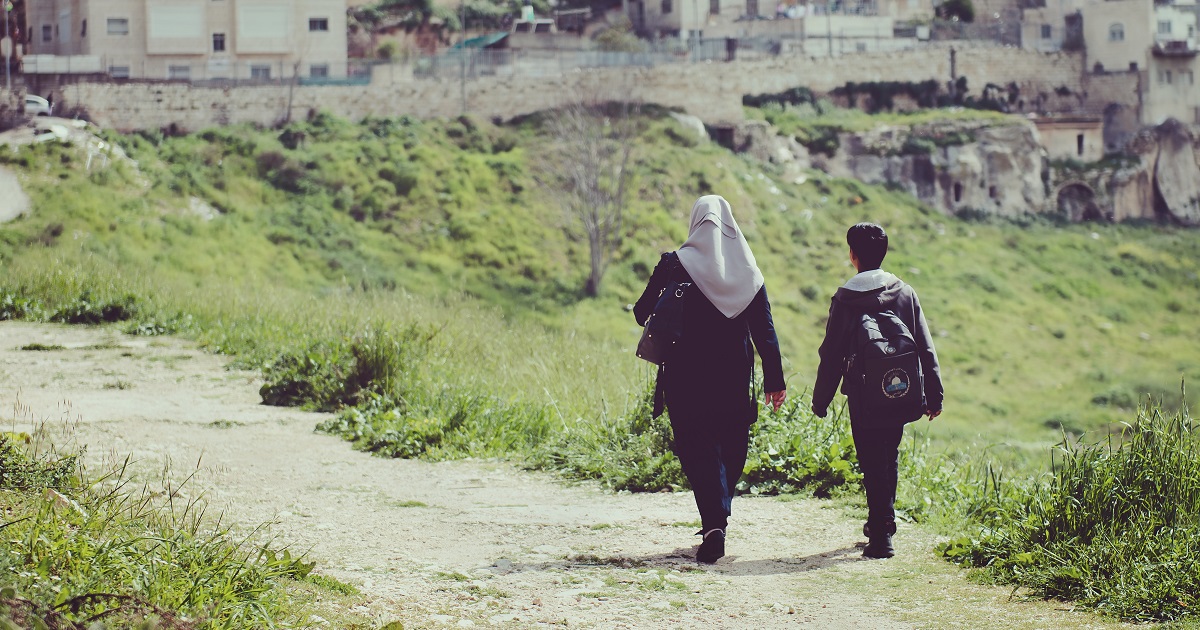 Shamima Begum – the sanctity of citizenship

Image description: a women and boy walking along a dirt road

Shamima Begum – the girl who left the UK to join ISIS aged 15 – was told this month that she can return to the UK in order to fight for her citizenship. The reasoning behind the ruling is that she was denied a fair hearing as she could not make her case from her refugee camp. Her rights to citizenship were originally revoked on the grounds that she was eligible for Bangladeshi citizenship through her parents.

This is an issue that ignites public opinion. Within 18 minutes of an article being posted on BBC news there were 1200 comments on Facebook, the most prevalent filled with outrage at the thought of Begum’s return. Some argued on the basis of the responsibilities of being a UK citizen – essentially that she is an enemy to her country. The people who held this view placed Begum firmly in the camp of ‘other’.

In leaving the UK to join ISIS she became a traitor. This means she should not have citizenship as she is a threat to the people in this country. She also has ceased to identify with us through her act of leaving and joining a terrorist organisation.

Within 18 minutes of an article being posted on BBC news there were 1200 comments on Facebook, the most prevalent filled with outrage at the thought of Begum’s return.

Another main argument was economic – that the taxpayer’s money should not be spent on housing her or even on her trial as this would be an affront to the honest hard-working Brits who had paid the taxes, and their money should not be used in this way. The use of scarcity to fuel outrage and fear is not a new tactic but continues to be an effective one.

The consequence of both of these viewpoints is that she is now considered to be someone else’s problem. She’s described as a danger to the British public but this does not seem to apply to the citizens of Bangladesh were she to move there.

Taxpayers’ money that funds refugee camps is also an acceptable use of other people’s work. People may be scared about the ramifications or precedent set by Begum’s return: however, using her Bangladeshi heritage as an excuse to revoke her citizenship contradicts this. If her attitudes bar her from being British, the place where she grew up and was radicalised, then how could she possibly be the responsibility of Bangladesh, a country she has never even visited?

If her attitudes bar her from being British, the place where she grew up and was radicalised, then how could she possibly be the responsibility of Bangladesh?

The opposition to Begum’s return is fuelled by valid concerns, but I suspect there is an undercurrent of something larger. People do not recognise Shamima Begum as British because she has rejected the privilege of citizenship by joining a war that is explicitly against her own country, an insult to the idea that our citizenship is a valuable good.

Another element of this rejection could be her race and religion. It is easier for certain people to see her as distinctly not British. There is a real possibility this has contributed to the court of public opinion having a more vehement stance than it may have had, had Begum been a white Christian girl who had been radicalised as a minor and lost three children in the process. This sentiment was supported by multiple Facebook commenters who referred specifically to Begum’s religion to discuss the BBC article.

People do not recognise Shamima Begum as British because she has rejected the privilege of citizenship by joining a war that is explicitly against her own country, an insult to the idea that our citizenship is a valuable good.

The UK has a history of granting citizenship when it suits us and then revoking it when we no longer deem these people useful. At the heart of the Windrush scandal was the idea that citizenship is a fragile privilege that the government is at liberty to revoke at any time at whim. Minorities and the most vulnerable people inevitably suffer the most from this subjective interpretation of citizenship.

As politics becomes ever more polarised, what constitutes ‘us’ versus ‘them’ is increasingly important. However, to politicise existing legal rights is to politicise justice and make the court of public opinion ever more powerful, a consensus that is neither fair nor objective and far too easily manipulated.

If the practical use of citizenship was the same today, to define who is at the top of a hierarchical structure and to allow them to have a role in the politics of the state, then revoking this privilege from a schoolgirl who joined a terrorist organisation may have some merit. However, our relation to citizenship has changed markedly from this original conception.

Citizenship is no longer a way to indicate privilege but a crucial marker of identification, guaranteeing the rights of the citizen and the group they belong to. To leave someone stateless not only leaves them extremely vulnerable, but also means they are not accountable to any group of people. Not to allow Shamima Begum to return to the UK would be reprehensible if she is a victim of grooming (which is very plausible), and just not helpful if she is a criminal who needs to be brought to justice.

To leave someone stateless not only leaves them extremely vulnerable, but also means they are not accountable to any group of people

With the refugee crisis and increasing global immigration combined with a feeling – justified or not – of British exceptionalism has led to the reification of British citizenship in the psyche of the public. Considering citizenship as a symbolic entity, rather than the functional role it plays to define who pays taxes and who is responsible to the British criminal court, only blurs the definition of citizenship itself and puts our rights which correspond with it in a more precarious position.

The UK government uses rhetoric that hails the privilege and responsibility of owning British citizenship. It’s a gift, something to be treasured, to be bought for extortionate amounts. They then have to also grant people the rights that come with it. This includes the right to a fair trial, the right to be held responsible for their actions by British courts and most importantly, the right to be considered British.