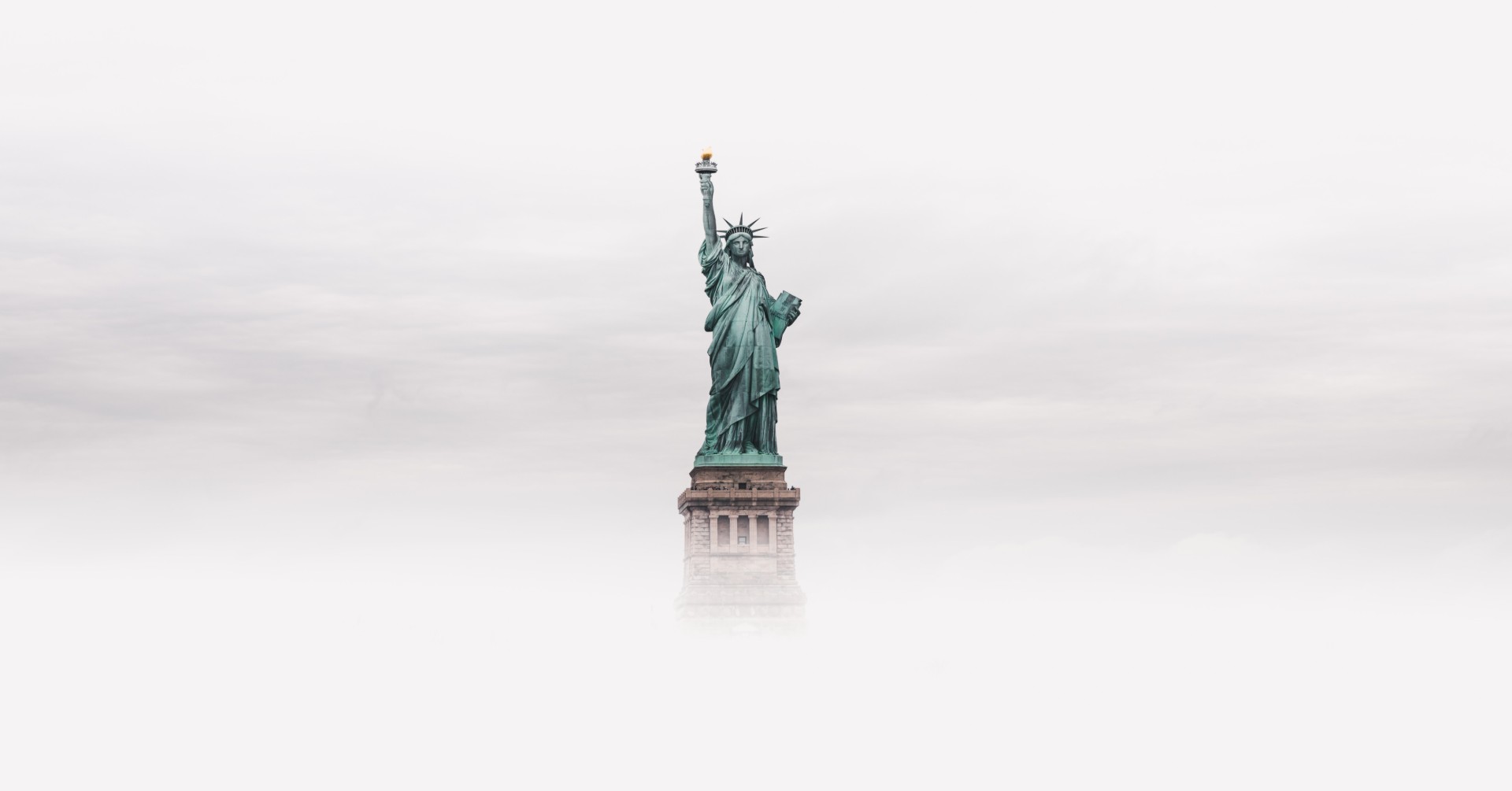 I’m American. Here’s why I didn’t celebrate the Fourth of July this year.

Image description: The Statue of Liberty in fog.

Fourth of July for my family is usually a sizable affair, as for most. We have potlucks and barbecues with our friends, go to festivals and watch the annual fireworks in our city. Events are always highly attended and for everyone it is a way to put aside differences and celebrate our uniquely American identity.

Especially for my family, Independence Day has always reminded us of the opportunities that this country has offered us. My parents migrated from India in the late 1990s to look for a better life and more opportunities and so that my sister and I could have a better future. They left behind everyone they knew and their stable life back home for the gamble that perhaps their sacrifice would pay off in the future. And for this reason, I am very grateful to have been raised in the United States. It has opened up a number of doors and privileges that I would have never had access to. Yet for years it has been nagging at the back of my brain that while I have been awarded with access to many opportunities, my life of freedom is marred by the fact that in many cases, this freedom still remains an illusion.

Personally, I attended a suburban state school for primary school and grew up being very proud of being American. Every morning, as the bell rang to begin school at 8:30 AM, our class would stand up, place our right hand over our hearts and recite “I pledge allegiance to the flag of the United States of America…one nation under God indivisible with liberty and justice for all.” We learned about how Native Americans had peaceful interactions with the settlers and broke bread together during Thanksgiving while these local people taught the colonists how to plant corn, beans and squash and hunt so that they could survive the earliest winters. And as six-year-old children, we believed all that we were taught.

While I have been awarded with access to many opportunities, my life of freedom is marred by the fact that in many cases, this freedom still remains an illusion.

But the issues with this was that history was twisted to fit a perspective that would be comfortable for a child and glorified this country. We were taught that Abraham Lincoln “freed” slaves, not that the founding fathers built this country on the backs of those very slaves. We were taught that Native people lived in harmony with settlers, not that they were brutally massacred and forcefully relocated via the Trail of Tears. But most importantly we were taught that America was a beacon of equality and liberty when even in the 20th and 21th centuries, people of all minority races in America have been discriminated against, harassed and even murdered through racially charged acts.

Only later on were these illusions factually corrected, although glorification remains a defining facet of the teaching of American history. And as someone whose family immigrated to this country on the basis of these promises, I spent the majority of my youth struggling to grapple with my identity. While I wanted to be proud of where I lived and the good that my country had done, I could not accept the fact that this nation’s past was built on the basis of racial discrimination.

Increasingly, though, I have learned that being a good citizen of one’s country does not come by being complacent, but rather by acknowledging the progress that has been made and the progression needs to continue. The Black Lives Matter movement has illuminated that the US has been given too much credit for being a place of equality when within its very borders similar kinds of acts of hatred are taking place as did 100 years ago.

While I wanted to be proud of where I lived and the good that my country had done, I could not accept the fact that this nation’s past was built on the basis of racial discrimination.

The reason I did not participate in Fourth of July festivities is this: I cannot continue to celebrate the freedom of my country on this day when it is not the day that everyone actually became free. The independence that came on July 4th 1776 only applies to the freedom of white colonists from British rule. Real freedom only came on June 19 1865, or Juneteenth. This was followed in the next several years by constitutional amendments 13, 14 and 15 which abolished slavery, granted equal protection under the law and gave the right to vote. Discrimination in the form of Jim Crow laws and “separate but equal” segregation has legally existed until the mid-20th century. With this history, it is evident that the Fourth of July does not actually celebrate the birth of a country founded on life, liberty, and the pursuit of happiness, but rather contributes to the facade of American equality.

It is not just me who feels this way. America as a whole has been less patriotic this year. Gallup, which has conducted a poll on American patriotism since 9/11 have noticed that the percentage of people who are “extremely proud” to be American have steadily decreased since the peak of 70% in 2003 and now sits at an all-time low of 42%. While whites (49%) are still more likely to respond as “extremely proud” over non-whites (24%), this nonetheless demonstrates a major decline for both groups. Though there are many factors at play, Gallup included that “the poll’s field period encompassed the arrests of the police officers charged in Floyd’s death as well as the nationwide protests that were sparked by the incident and President Donald Trump’s controversial responses to them.” It is evident that recent events have contributed to a renewed discussion of the treatment of Black people in society and how America has failed on its promise of racial equality.

I find it apropos to reference former slave and leading abolitionist of his time, Frederick Douglass, who said in his 1952 speech: “What to an American slave is your 4th of July? I answer; a day that reveals to him, more than all other days in the year, the gross injustices and cruelty to which he is the constant victim.” Over 150 years later, this speech remains very relevant as an important tool for us to consider this country’s long history of denying equal rights to its minorities.