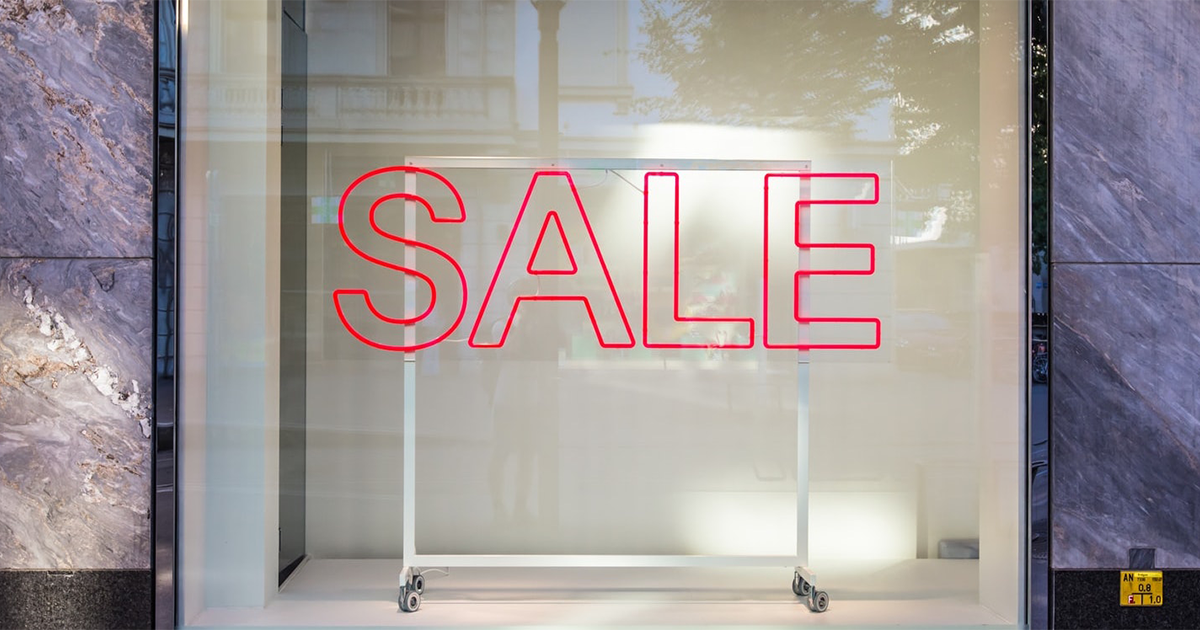 Image description: a shopfront with ‘sale’ in large lettering

Recently, reports emerged showing that Boohoo’s suppliers had kept factories open during the lockdown without adequate social distancing and with workers reporting symptoms. It was also revealed that some suppliers to Boohoo were paying workers as little as £3.50, far below the legal minimum wage. This has led to questions over the cost of fast fashion to those in our own country.

The poor working conditions, low pay and environmental cost involved in the making of our cheap clothing abroad have been part of public consciousness for a number of years. However, the recent scandal shines a light on how fast fashion directly impacts workers in the UK as well. Will fast fashion be forced to change for good now that consumers are confronted more directly with the effects of their shopping habits? Or will the issue be side-lined once again in a struggling economy after lockdown?

Fast fashion is defined as ‘an approach to the design, creation, and marketing of clothing fashions that emphasizes making fashion trends quickly and cheaply available to consumers’. This business model became popular in the early 2000s. Boohoo itself was founded in 2006 by Mahmud Kamani and Carol Kane, who have bought similar clothing brands including Nastygal and Pretty Little Thing. Manufacturing their clothing in the UK allows for a fast turnover of stock: these companies use a test and repeat method, hosting a wide range of products available on their site and then reordering the ones that prove to be popular.

Boohoo and other fast fashion brands have increasingly come to rely on influencer marketing, using social media to cultivate a culture of consumption. Haul videos are popular on YouTube, where ‘influencers’ show the recent clothes they have purchased or are gifted from brands like Boohoo. This perpetuates and normalises the culture of consumerism, encouraging the viewers to purchase more clothing, with the added incentive of a discount code offered by the ‘influencer’. It is not unusual for these ‘influencers’ to buy clothing just for an Instagram photo and talk of the ’embarrassment’ of outfit repeating.

This perpetuates and normalises the culture of consumerism, encouraging the viewers to purchase more clothing, with the added incentive of a discount code offered by the ‘influencer’. It is not unusual for these ‘influencers’ to buy clothing just for an Instagram photo and talk of the ’embarrassment’ of outfit repeating.

Online clothing brands like Boohoo buy into this, offering copies of the clothing seen on celebrities and influencers for an average price of £17. The rapid turnover in stock and cheap prices allow customers to keep up with the trends. During lockdown, many companies like Primark suffered from the closure of non-essential shops, whereas Boohoo was able to capitalise. They quickly swapped dresses and clubbing outfits for lounge wear, which customers could order from the comfort of the own home. This ensured that Boohoo continued to grow, with the company doing better during the lockdown than the previous fiscal year.

In recent years the impact of fashion has been more widely acknowledged. Google searches for sustainable fashion increased hugely from 2015 along with a rise in the ethical market. Documentaries such as The True Cost have shown the appalling working conditions of garment workers abroad while media coverage of factories collapsing due to lack of industry regulations have shocked us.

However, fast fashion has been able to continue mostly unhindered. Many brands simply use ‘sustainability’ as a marketing ploy while doing little to effectively address their impact. H&M launched its ‘Conscious Line’ while continuing to pay below the living wage. Boohoo has increased its sales year on year; doubling its revenue from 2017 to 2018. This seeming dichotomy between a wide awareness of the negative effects of fast fashion and its continued survival and popularity was explored in a recent study: the majority of fast fashion customers are well aware of the negative effects of the industry. However, this gap may be more difficult to sustain after fast fashion’s consequences are seen closer to home. Perhaps it is easy for people to justify their contradictory stance when the effects impact only people they would never meet. They are out of sight and out of mind. It will be more difficult now to hold this position when many could imagine themselves or people they know impacted directly by fast fashion.

It is encouraging that Boohoo’s share price has fallen by 18 percent. We can hope that this will prove to be a permanent dent in the Boohoo empire and a catalyst to real change in the garment industry as a whole, but in the current climate progress may prove difficult. With recessions predicted in most countries, sustainable shopping is unlikely to be a priority. There are already barriers to avoiding fast fashion and shopping more sustainably. Although second-hand clothing can be cheaper it takes time to sift through charity shop clothing or scroll on Depop. Those who are juggling multiple jobs and childcare do not have the luxury of time. Although there are some ‘sustainable’ brands, these are often much more expensive. While Boohoo sells dresses for £4, the sustainable company Organic Basics sells a pack of two pairs of socks for triple the price.

Those of us with the ability to make more sustainable fashion choices should to do so. But we should not stop there. We must strive for a complete restructuring of the fashion industry so that workers, whether at home or abroad, are not forgotten.