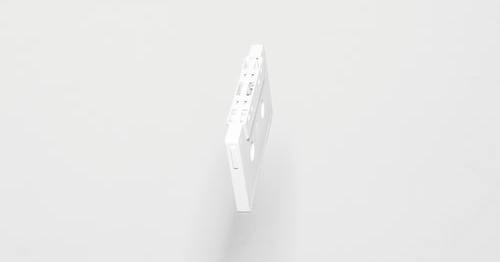 Image description: A white cassette tape on its side.

Hip hop is the genre of the downtrodden, disadvantaged and voiceless. It also isn’t one to shy away from social issues: since the days of N.W.A and Public Enemy, rappers and MCs have been speaking out against police brutality and the American criminal justice system’s dire need of reform.

At first glance, it seems strange that this same genre has recently been so closely linked with anti-Semitic sentiment. Yet anti-Semitic comments and conspiracy theories have attracted attention recently from notable figures such as Nick Cannon, Ice Cube and Wiley, who compared Jews to the Ku Klux Klan in a Twitter tirade on Friday. But this isn’t just a recent trend.

The extremist group ‘Nation of Islam’ (NOI) and hip hop have been tied together since the genre’s onset. Founded in 1930 in Detroit, Michigan, the NOI, under the current leadership of Louis Farrakhan, is considered a hate group by the Southern Poverty Law Center for its homophobic and anti-Semitic beliefs.

Considering that Farrakhan is such an influential figure to some members of the hip hop community, it’s no surprise that every now and then a rapper spreads an anti-Semitic conspiracy theory: Farrakhan is a man who has called Jews ‘Satanic’ and ‘termites’, and claimed they control the economy.

Rapper Jay Electronica’s studio album, A Written Testimony, features vocals from Farrakhan, as well as making reference to the ‘synagogue of Satan’ and the Rothschilds. Despite the controversy the album attracted, that didn’t stop it from debuting at number 12 on the US Billboard charts and getting a feature from Jay-Z. Jay Electronica has recently gone on his own anti-Semitic rant on Twitter, referencing the Nation of Islam.

In 1991, the NOI published a book called The Secret Relationship between Blacks and Jews which claims that Jews played a massive role in the Atlantic Slave Trade. This is appallingly misleading at best, considering Jews made up just 1.25% of all Southern slave owners. Yet British MC Wiley – widely considered to be the ‘godfather of grime’ – posted an image on his Twitter, incorrectly claiming the figure was as high as 78%.

The early UK grime scene and American hip hop scene are quite distant from each other and developed in separate, distinct ways. Yet British MCs aren’t innocent in this discussion: Wiley’s recent hate speech seems to be heavily influenced by Farrakhan’s doctrine.

Instead of testing the water with the subtle anti-Semitism and dog-whistles used by other artists, Wiley has dived headfirst into overt hate and incitements of violence. With half a million followers on both Twitter and Instagram as well as an MBE, he is respected both as an artist and as a person. So, it’s especially problematic when he says he is at ‘war with the Jewish community’, threatens them with being shot, and claims modern Jews are imposters. Since then, both Wiley and Nick Cannon were dropped by their management companies.

Possibly the saddest part of this whole ordeal is that Jews have played a huge role in the popularisation and growth of hip hop throughout its history. The Beastie Boys found mainstream success in the 1990s and reached the top of the Billboard album charts four times; all of the group’s members came from Jewish backgrounds. Arguably the biggest artist in the world today, Drake, has a Jewish mother (which led to Wiley tweeting that ‘Drake can’t have black excellence’) and the musician has addressed his Jewish roots on multiple occasions.