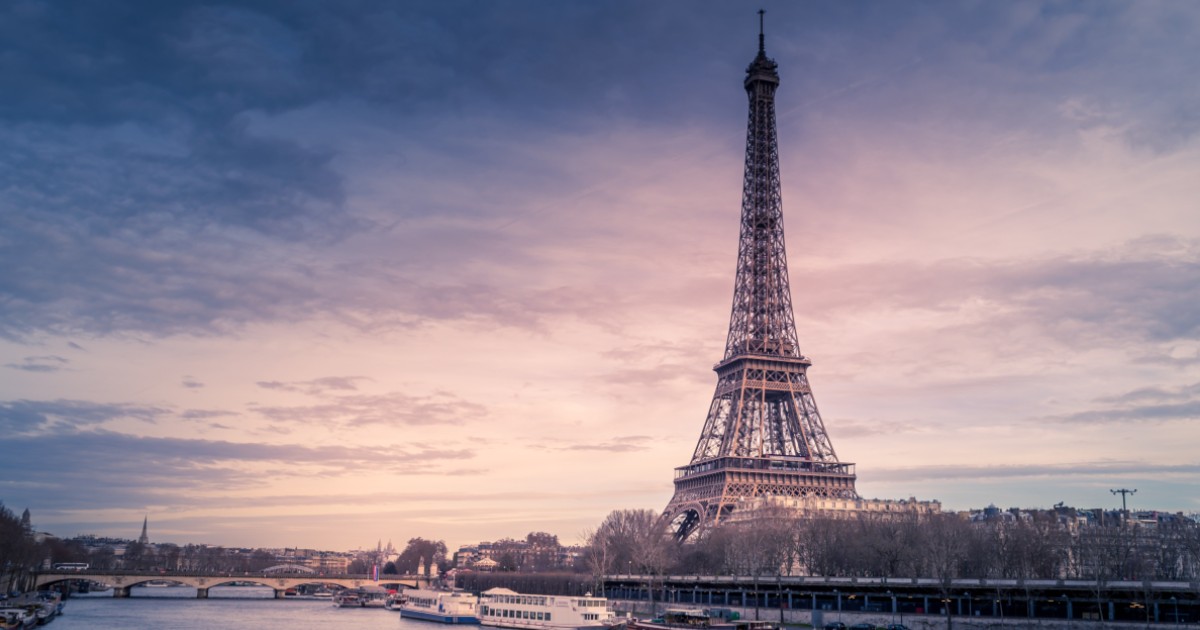 Image Description: Dramatic depiction of the Eiffel Tower and the Seine in an overcast day.

In 2017, France defied the populist wave by choosing centrist banker Emmanuel Macron instead of the far-Right’s Marine Le Pen by a significant margin. Pundits in the English-speaking world lauded the French for their prudence.

After Brexit and Trump, the victory of pragmatism over nativism, in a country many still see as the heart of Europe, was a reassuring episode in the story of contemporary politics.

As is usually the case, these confident readings of the situation across the Channel were dangerously simplistic. The 2017 election might have seen off Le Pen’s Front National and led to a healthy parliamentary majority for Macron’s La République En Marche (LREM), but it was ultimately yet another stage in the advance of nationalist forces in a country whose history has been tarnished by those forces more than once.

2017 was only the second time that a Le Pen had reached the second round of presidential elections. The first time was 2002, when Marine’s holocaust-revisionist, neofascist father Jean-Marie, the grotesque id of French politics, astounded his country and the world.

Neither Jean-Marie in 2002 nor his more polished and savvier daughter in 2017 was estimated to have a chance of winning the second round.

The critical difference, however, was that Jean-Marie attained a miserable 17.8% against Jacques Chirac; yet in 2017, even with the forces of both centre-left and centre-right allied firmly behind Macron, his daughter managed a far more respectable 33.9%.

Le Pen the Elder’s successes in the first round were a shock. Le Pen the Younger was at the helm of a party which, however controversial it remains, has found a place in mainstream French life, as the tribune of the angry and dispossessed working classes.

In a country where anti-immigrant sentiment and Euroscepticism have for many years been gaining a foothold, Macron’s win against Le Pen, while almost inevitable, was not the end of the conversation.

It is now two years until the next presidential election, and the French have soured on their technocratic president. A series of strikes and the street radicalism of the gilets jaunes protests have been the background to Macron’s attempts to pull his statist country kicking and screaming towards a more neoliberal way of running things.

In a move which reflected growing insecurity within the Élysée, Macron recently replaced his popular prime minister, Édouard Philippe, in a defensive attempt to reset his presidency and remove a possible rival from the limelight. June’s local election results, a barometer of discontent with the government in Paris, were the prelude to this decision.

Le Pen and her party, now the Rassemblement National (RN) did not pose the major challenge to LREM in those elections. Apart from an eye-catching victory in Perpignan, it was not a notable election for RN. But collaboration between France’s Greens and Socialists produced a series of defeats for Macron over the country. Socialist Mayor of Paris Anne Hidalgo kept her job, withstanding a disappointing performance from Macron’s centrists. Above all, dismally low turnout reflected disaffection with the central government.

What is clear is that France’s ability to spit in the face of its leaders has not abated. The regional elections reflected the general susceptibility of Macron’s position to attack from all sides. After the arrival of the Coronavirus, in an age of restless populations and fast-changing political conditions, Macron’s chances of victory in 2022 are far less stable than he would hope.

What is clear is that France’s ability to spit in the face of its leaders has not abated. The regional elections reflected the general susceptibility of Macron’s position to attack from all sides.

Hovering above the halls of power, waiting to swoop down like a vulture and capitalise from any spike in the ever-present strain of French public opinion which scorns the Paris elites and their schemes, is Marine Le Pen. Some commentators considered her finished after 2017. She had lost her big chance.

Yet it is beginning to look like the far-Right’s real opportunity was not then, but now. Back in January, a worrying Ifop poll put Le Pen only ten points behind Macron in the second round. She is a real and present danger to Macron’s Liberal project, even if the regional elections were not about her.

At an anti-establishment point in Western public sentiment, President Macron has at times appeared an aloof caricature of the out-of-touch Paris politician, detached from La France Périphérique, as the French call their provinces.

He has also struggled to reconcile his ideologically heterodox party with an agenda which some have criticised as more centre-right than centrist. Indeed, the President recently lost his absolute parliamentary majority when seven left-wingers split from LREM to form a new grouping.

Any understanding of Macron’s chances rests on comprehending that this is a country with many faces, where the ideological disputes of the past etch themselves onto the troubled political landscape of the present.

If he is to take back control of the narrative and his presidency, he will have to deliver an agenda which convinces critics that he is listening to them. His political resilience will rely partly on luck in these difficult years, but also on his ability to navigate France’s explosive culture wars between internationalists and nativists with intelligence.

It is impossible to know what will happen in 2022 when we are still two years out, but any understanding of Macron’s chances rests on comprehending that this is a country with many faces, where the ideological disputes of the past etch themselves onto the troubled political landscape of the present. There is no telling which version of France the people will choose next time.