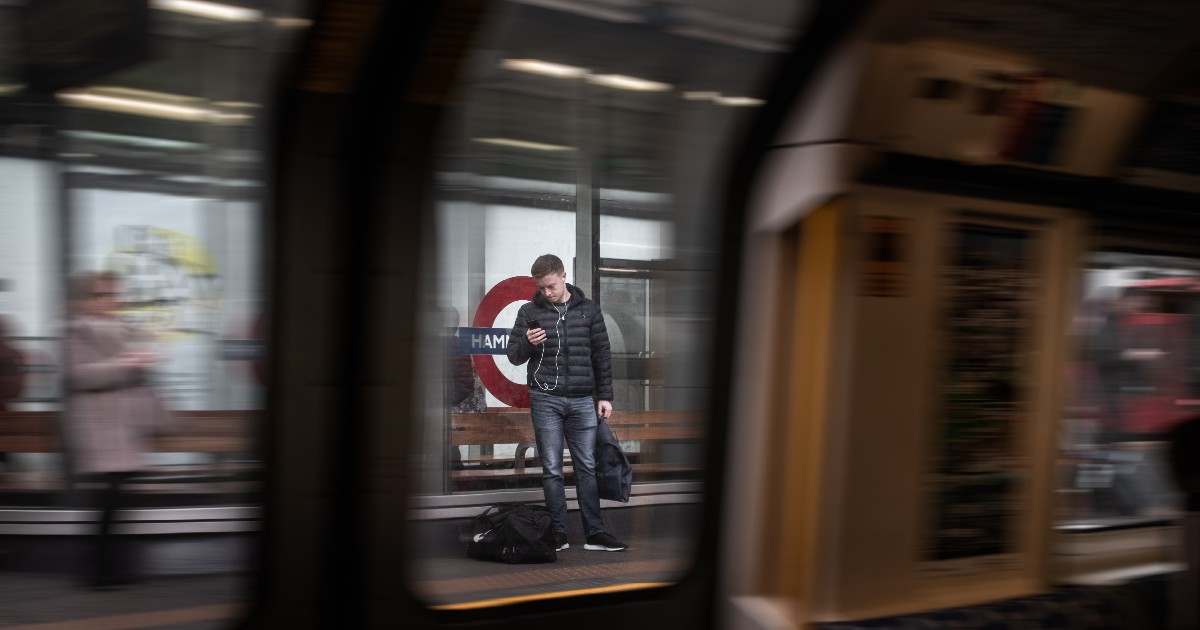 Image description: blurred picture from inside the London tube with young male waiting at the stop in focus.

Cuts, debts, loans and fees – the economic impact of coronavirus on the nation’s stability has meant this financial jargon is at the forefront of government discussions and news debates. One area inextricable from such discourses? Transport.

Following the Government’s £1.6 billion coronavirus bailout, in an effort to aid TfL’s in its recovery, Transport Secretary Grant Shapps MP made the controversial proposal to temporarily suspend free Oyster travel for Londoners under 18.

As it stands, those aged between 11-15 years of age and living in London are entitled to free bus travel as long as they have a Zip Oyster Card. Once this card expires, students are eligible for a 16+ Zip Oyster Card which remains valid up until they are 18. Zip Oyster cards are easily lost, stolen or broken – those of us who have had one know that we typically end up having more Zip Cards during our educational career than the number of zips on a Superdry Jacket. The idea behind such initiatives is, of course, that travel remains free for those who are in required, full-time education.

Mr Shapps’ proposal is rooted in the pressing concerns to reduce the number of passengers on public transport in the capital, particularly as schools prepare to welcome back more students in September.

Whilst I appreciate Mr Shapps’ driving concern for public health – i.e. his logistical consideration of social distancing measures his desire to imminently reduce the subsequent pressures on the transport network – his proposal is an inadequate response to the pandemic. The proposal is destined to have detrimental impacts on some of London’s vulnerable young people – here’s why.

A Discriminatory and Unjust Proposal

It is discriminatory and unjust to exploit the financial situations of the capital’s most disadvantaged families as a means of discouraging the use of public transport. To do so after months of lockdown and forced business closures is to turn a blind eye to the thousands of people who have relied on the Furlough scheme and other sources of income to stay afloat during the pandemic.

It is absurd to suggest that adding an unavoidable financial burden during the current climate will create more solutions than problems. When a family is faced between putting food on the table or topping up their child’s oyster card to get to school, they will have to make a decision – and the decision will not be sending their child to school.

If you use Instagram, you may have seen some of your followers sharing @livfariaa‘s post on their stories with the bold tagline ‘DON’T ZAP THE ZIP!’. As someone who went to a state school in a deprived borough, many of my fellow students are sharing this post because the idea that, had we been a few years younger, the daily commute to and from school would cost us money is not only a frustrating concept but a frightening one.

I’ve been raised in a single-parent household. I used to dread when my school would send me home with a letter about a school trip and advise us to top up our Zip Oyster cards with £5 because we were taking the tube into central London. My school was not in the same borough as the one in which I live.

According to Google Maps, it would take me approximately one hour and twenty minutes to walk to school. And for the readers who are thinking “why not cycle?”, let me remind you that you are making an assumption that most families in London’s poorest boroughs can afford to buy bikes for each of their children (along with the required accessories: locks, lights etc.). I can confirm this is categorically not the case. Might I also add that many school children already take the bus instead of the tube, tripling their journey time because it is the cheaper alternative?

Now would probably be a suitable time to spout some hard-hitting diversity statistics, but I’m not going to waste time trying to prove the already well-known and well-established socio-economic factors which show that BAME students are at a disadvantage in our country’s education system.

With the increasing prominence of the Black Lives Matter movement across the globe, now more than ever we are educating ourselves and our friends and families on our own internal biases, our privileges, our position in discriminatory social frameworks. We are focusing on the exposure and deconstruction of long-surviving institutional racism and we are urging those in authoritative positions to really re-evaluate what they mean when they claim they are striving for equal opportunities for all.

What is temporary, may become permanent

The fact that Mr Shapps’ has chosen to suspend free travel for under 18s now is concerning. At a time when both social and economic factors have been heightened as a result of the pandemic, this move means not only that these failed frameworks are sustained, particularly within education, but will perpetuate the existing discrepancy between minority ethnic groups and educational attainment. Of course, it is worth mentioning that the effects of Mr Shapps’ proposal are not limited to the BAME community but extend to all of those in the working-class community.

Mr Shapps’ constant fallback to justify the suspension of subsidised travel costs is that the intervention is only “temporary”. Yet, just because a decision is “temporary”, that does not automatically equate its effects as “temporary”. A house may be burning for a temporary period of time, but that does not mean the family living within it will only be affected whilst it is on fire – when the flames are distinguished, they will be left with the rubble and dust trying to find a way to return to some form of normality. When you temporarily hinder certain students from commuting to school, you run the risk of permanently reducing their opportunities in life.

Let me break it down simply: you begin with a student, a student who is part of a working-class family. Their parents’ limited income means they will not be able to afford the new “temporary” implemented costs of travel and so, instead, the student will have to carry on with remote learning for the indefinite future.

When you temporarily hinder certain students from commuting to school, you run the risk of permanently reducing their opportunities in life.

The student’s working-class background means there is only one computer in the house, which is shared amongst them and their two other siblings for schoolwork. Inevitably, over time, it becomes difficult to complete schoolwork, to meet deadlines and it becomes emotionally draining to constantly battle with their siblings to use the only appropriate and resourced workspace in their house.

When free bus travel eventually resumes, it becomes clear that this student has significantly fallen behind in comparison to their more privileged peers who could afford the “temporary” Zip Oyster fees. With quickly approaching exams in the summer, they simply do not have the time to catch up to the level they would have been on – had they been able to attend school from the beginning of the academic year.

They become victim to a self-fulfilling prophecy that they are incapable of covering the content, and hence adopt a fatalistic attitude that they will fail their exams. To save disappointment, they stop trying. This is an outcome which will transpire beyond their GCSEs into their future employment.

If you take away their free travel temporarily, you could leave them in the rubble and dust permanently.

Where to next? Don’t zap the zip

Whilst Mr Shapps’ concerns are valid, his proposal simply isn’t.

By extension, the problem of passenger density on public transport is an issue which needs to be worked on and coordinated with London schools to ensure that all students are entitled to the best chances of receiving a fundamental education – it is not an issue which is to be addressed by exacerbating the financial turmoil of London’s poorest families.

In Mr Shapps’ words, “the purpose of withdrawing the concession is to protect public health and reduce the spread of a highly infectious disease”, but do you know what else it will do? It will “protect” educational systems which only benefit a certain demographic. It will “reduce” the chances of disadvantaged students being able to access the educational system they are rightfully entitled to. Whilst Mr Shapps’ concerns are valid, his proposal simply isn’t.

The plan to suspend free travel for under 18s in London has not been confirmed, but we are yet to see an alternative which has been given the same level of consideration. Those wishing to condemn the said proposal are invited to sign the petition below:

Education in this country is free for a reason. The system already consists of enough hurdles. Don’t make the physical journey of accessing it a hurdle too.