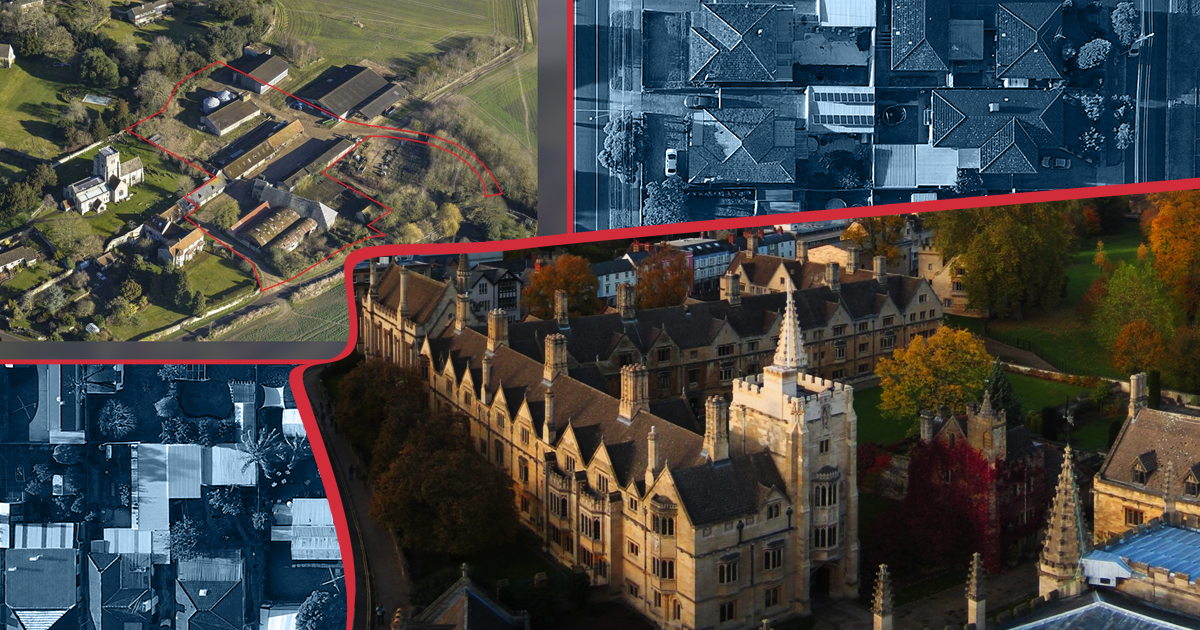 An investigation has revealed that in 2018, Magdalen College obtained planning permission for a housing development that did not include affordable housing. The site was sold in January 2020, but the current plans are those submitted by the College. Developments of this scale usually require a certain number of ‘affordable homes’, but Magdalen was able to use exceptions to the law to circumvent this requirement, despite opposition from locals.

Magdalen has stated that the Dove House Farm development in Cuddesdon did not qualify for Affordable Housing under national guidelines because it was under 10 housing units. However, national guidelines also state that a development which exceeds 1000m² (such as the one currently underway at the Site) still falls under the affordable housing requirements.

Affordable housing is an umbrella term for social rented, affordable rented, and intermediate housing. It is provided to households whose needs are not met by the market (i.e. who cannot afford housing at market price). Magdalen’s application sought full planning permission to convert the main listed barn on this site into one 4-bed dwelling, to convert three curtilage listed barns for residential use (all 3 to 4-beds), and to create five new build residential units: two 1-bed flats, one 2-bed house and two 3-bed houses.

Local authorities require that when creating a new development, a certain proportion of homes must be affordable. This figure, at the time of Magdalen’s application to create residential conversions, was 40% for the South Oxfordshire District. In their initial 2014 planning application, Magdalen included three affordable homes. They removed the affordable housing from their 2018 application.

What does The Law say?

South Oxfordshire District Council responded to a Freedom of Information request with a heavily redacted version of the viability assessment, stating that ‘the information that is being withheld contains commercial information, the disclosure of which would be likely to prejudice the commercial interests of the planning applicant’.

Another reason why developers decline to build affordable housing is ‘vacant building credit’. This law, introduced in November 2014, states that developers need only make affordable housing contributions for any floorspace they are adding to the property. For example, if the floor space goes up from 10,000 to 40,000m² (an increase of 30,000m², which is ¾ of the end floor space), the developer only has to provide ¾ of the normal social housing requirement – 30% rather than 40%. This law is intended to incentivise small developers to increase the floor space in new developments.

In this case, Magdalen used it to make an argument (supplementary to the viability assessment) that since they were, in fact, reducing the floor space of the property (by 861m²), they would not have to provide affordable housing at all. According to the legal summary of Magdalen’s planning application, the South Oxfordshire District Council allowed the affordable housing requirements to be waived.

In May 2016, the law changed so that developments of no more than ten homes or where the floor space is not less than 1000m2 would be exempted from affordable housing requirements. Before selling the land, Magdalen submitted an application to build nine houses, which is just below this threshold.

A spokesperson for Magdalen College stated: “The scale of the development – below 10 residential units – means that the original scheme, with the tithe barn still allocated for commercial use, did not qualify for Affordable Housing under national guidelines. Magdalen was therefore simply following the regulations then (and now) in force.” However, the conversion of the barn will result in the creation of more than 1000m2 of residential floorspace across the development, thus triggering the affordable housing threshold and nullifying the exemption that might be granted to a development of this scale.

They further stated “the viability assessment is something of a distraction. It was provided to demonstrate that the development was not technically viable with the barn in commercial use and therefore supported the application for change of use. It is true that it also supported the absence of Affordable Housing but that was not regarded as contentious for the reasons given above.”

Quoting the SODC committee report directly: “In this case, the number of units, at 9, is below the threshold of 11 but the conversion of the Tithe Barn to residential use will result in the creation of more than a 1,000 sqm of gross residential floorspace across the development, meaning that affordable housing threshold is triggered. However, the applicants are making a viability argument as Policy CSH3 does allow for schemes not to deliver affordable housing if this would render the development unviable.” Therefore, the reason for the absence of affordable housing is, in fact, the viability argument, and not the number of residential units.

Magdalen has also stated that even with the absence of affordable housing, “the project was only marginally viable for the College. No commercial developer would have taken it on from scratch but the College has a long-term view and takes seriously its stewardship responsibilities, not least in ensuring that a fine listed building had a secure future.”

Minutes from the Parish Council meeting in February 2018 show that a group of villagers raised concerns about the planning application at Dove House Farm, particularly the lack of affordable housing. The South Oxfordshire District Council Committee Report, dated 23rd May 2018, includes a response from Cuddesdon Parish Council. It states that the Parish Council “regards it as essential that affordable housing is included, to be available for local people in perpetuity, for the long term good of the community.” This response also mentions the potential for “future generations being driven away from the village because of the high housing cost.”

On the possibility of people having to leave the village due to the lack of affordable housing, they said that there are “people whose families have been in the village, who’ve had to leave because they can’t find houses that they can afford or can rent in the village. So it could have been an opportunity to have done something”.

Finally, they framed the viability assessment as the use of a legal loophole, stating: “They have avoided the cost of maintaining the barn over the years. So they pushed the cost they should have spent onto the development.”

In response to this claim, Magdalen said that “by the time of the final planning consent in May 2018, the College had already spent or committed more than £300k on the building, including major stabilisation work on the structure and a magnificent new stone tiled roof.  To say that the College deliberately delayed work to influence the viability of the overall project is simply incorrect.”

The UK’s housing crisis has, in the past, been partially blamed on the law regarding affordable housing. The use of viability assessments has been attributed to a 79% reduction in affordable housing compared to the numbers required by local councils, according to a 2017 study. Oxfordshire has a particularly bad reputation for affordability, with the city of Oxford having a house price to income ratio of 12.6 as of 2019.

Also, while data suggests that poverty levels across Oxford have reduced, it is possible that this is due to gentrification. The Cherwell area, where housing is cheaper than Oxford, experienced an increase in the levels of deprivation between 2015 and 2019. This supports the possibility that Oxford’s more deprived families may have moved out of the city and settled in neighbouring towns, due to the lack of affordable homes.

A 2017 Cherwell article on the subject of college-owned land describes several questionable developments by colleges in rural areas. It mentions the relationship between Corpus Christi and the village of Lower Heyford, as well as that between St John’s and the parish of Fyfield. The NIMBY (not in my backyard) concept has been cited as a reason for villagers’ dislike of large new developments in their local area.

Magdalen “fully agrees that there is a shortage of affordable housing, in its broad sense, in and around Oxford.” The College stated that “the root cause is a failure to allow the creation of adequate supply in the area at a time of rapidly rising demand, whilst making such supply as there is more costly to deliver than it should be.  The College has consistently and publicly made representations to Oxford City Council and SODC in their local plan processes in favour of increased housing provision and continues to do so.”

The 2016 public consultation report for the Oxford Local Plan 2036 includes numerous comments from the University and Colleges opposing the construction of affordable housing. Alongside other Oxford Colleges, Magdalen stated that “Affordable housing policy is restricting the housing supply. The Plan should state that developments of 10 dwellings or less are not required to contribute affordable housing.” In this report, Magdalen alone expressed a wish for “a lower percentage obligation” for affordable homes.

During this investigation, several links changed web address, and, while these are correct at the time of publication, if any websites or documentation become unavailable please notify the Editors immediately. You can contact editor@oxfordstudent.com for saved versions of all links.