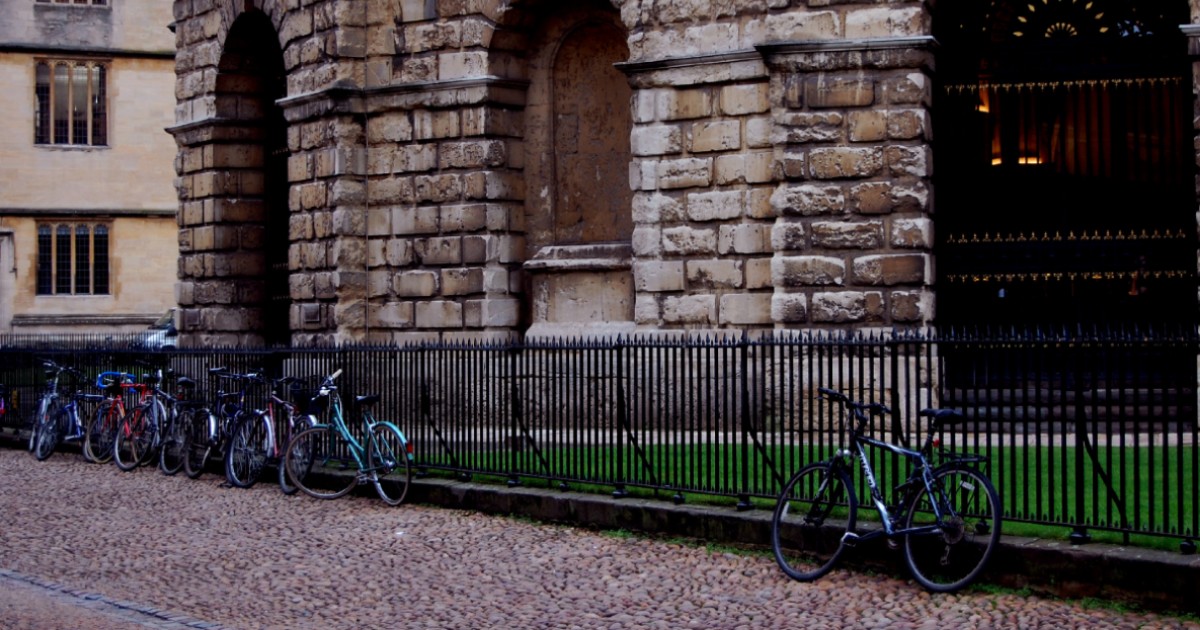 Way back in early March, I woke up to a letter from College advising everyone to wash our hands to avoid the spread of a new disease that had started to circulate around China and, although in small numbers, the UK.

Being young and all too preoccupied with essays and bops, I paid scant attention to it, until the last week of term, when the shops were suddenly out of soap and pasta, and cases were confirmed in my accommodation block. Even then, I, along with the majority, had assumed that life would be back to normal by Trinity. Hilary ended with hasty plans to catch up with friends for a Pimm’s and punting in the summer, and an argument with my mum over keeping my stuff in my college room, which I, regrettably, won.

My mum was right as always. As a pandemic was declared and the country forced into lockdown, my things were left languishing in a room that I would never again call home. I missed some of the more practical items left behind: flip flops, some books and, most ironically, a huge bottle of hand sanitizer. What I really missed, however, were the sentimental things: the photos, a letter from a friend and a sign I’d made for my door on my first day in Oxford. The expected six weeks away from Oxford turned into six months. Online Trinity came and went without much fanfare and the repetition of lockdown made life in Oxford seem more like a dream than any conceivable reality. My matriculation photo even fell out of a window in a freak accident that seemed to parallel my separation from university life.

I, along with the majority, had assumed that life would be back to normal by Trinity.

As restrictions were relaxed, I, along with many fellow students, was desperate to return to Oxford and eventually College gave the all-clear to come back to collect our belongings. I live a short two-hour drive away from Oxford but it nonetheless felt like a proper adventure – the first time in months that I had left the confines of my small village and ventured out into the wider world. I don’t quite know what I expected, but pulling up to a near-deserted Oxford to see porters in facemasks came as a shock.

Logically, it all made perfect sense, but the stark contrast between the Oxford of my memories and what I was being presented with was almost too much. Where Hassan’s normally stood, there was but an empty road. The Missing Bean was devoid of students tapping away on laptops, the windows unfogged for once. Without bikes whizzing back and forth, students hauling piles of books from the Rad Cam and tourists queueing up to take selfies under the bridge of sighs, the centre of Oxford felt almost comically empty. Walking around felt like touring a film set, or seeing the remains of an abandoned civilisation that had a brief dalliance with spires and stained glass. It was surprisingly comforting to find that the Tescalator was broken. Even in a pandemic, some things never change.

Pulling up to a near-deserted Oxford to see porters in facemasks came as a shock.

I was not saying goodbye to the city itself, unlike the unfortunate finalists who have suddenly missed out on so many milestones and many farewells, whilst also having been thrust into an unforgiving social and economic situation. Knowing this did not make saying goodbye to my first year at university any easier, however. Following a strange, new one-way system around college and going up the staircase to my room for the final time was both familiar and foreign. The countless times I’d sprinted up and down these stairs, late for lectures, lunch and pres had come to an end.

I would never again stomp up to the room above at 2am to tell them to turn the music down, or barge in on my neighbour for an impromptu tea and chat.

I expected to find my room as I had left it, like a time capsule from what seems like a lifetime ago. But, just as nature reclaims abandoned buildings, so had the college reclaimed what was no longer ‘my’ but now simply ‘a’ room. The furniture had been shoved into a corner to make way for repairs to a leaky ceiling, and all traces of my time there had been condensed into a pile of my things waiting to be taken home: a bar of soap by the sink and an unfortunate stain on the carpet (my sincerest apologies to the scout). There was nothing much else to do other than pack up, take a final look around the four walls that held so many memories and start the undignified task of hauling heavy bags down several flights of stairs whilst trying not to get too emotional.

It was surprisingly comforting to find that the Tescalator was broken. Even in a pandemic, some things never change.

Leaving Oxford so soon after arriving again was bittersweet. Normally, the drive back home feels like a reward for surviving another term at Oxford, but then it felt hollow. The Oxford I’d seen was not the one I knew and left me almost missing the throngs of tourists crowding down Broad Street. Almost. But returning to Oxford was like finding closure to a summer that never quite was. I had turned the page, came to terms with the disappointment of virtual university while safe in the knowledge that sooner or later I would return to roam the streets of Oxford once more, a book in one hand and a kebab in the other in true Oxford fashion.