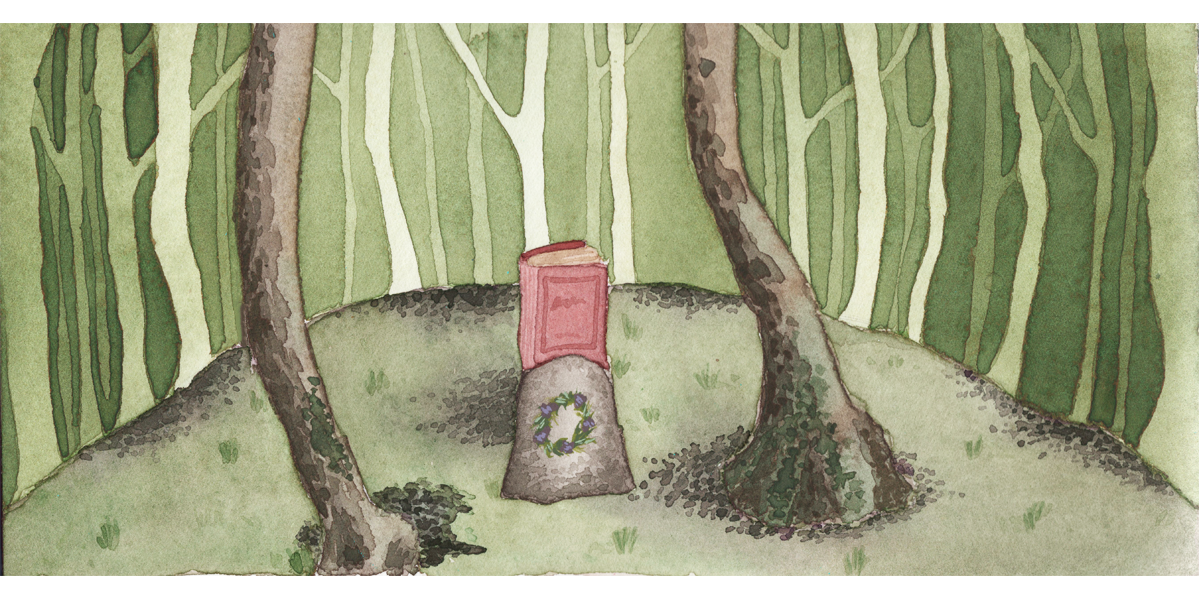 Tintin and Alph-Art is the 24th and final volume of my favourite comic series growing up. Its creator, Hergé, died before its completion. Just three pages are in pencil, another 42 comprise rough sketches, and scattered throughout the volume are various notes (translated from the Belgian) alongside a number of rediscovered pages. In the last panel of the final page, the titular protagonist has led away to an uncertain fate in the dungeons: three-quarters of the paper remains blank. The book’s editor blithely notes: “What does the future hold for Tintin? What does it matter? Like Herge, he is immortal.”

Literary worlds, comic universes and lush sonic soundscapes do not die with their creators

Literary worlds, comic universes and lush sonic soundscapes do not die with their creators. Unseen, completed manuscripts might be released, while various marginalia and unfinished texts published as volumes purport to provide unprecedented insight into the private selves of oft-mythicised authors. Record labels, with varying degrees of enthusiasm from musicians’ estates, dig deep into vaults to release unheard tracks, sometimes as clumsily-assembled albums. The process of posthumous publication is fraught with ethical complications, uneven degrees of conscientious editing, and questions of authorial intent. At their best, loving tributes and celebrations of their creators’ lives are produced; at their worst, they are unwelcome intrusions into the sanctity of a carefully-crafted corpus of work, coming across as cheap grabs for profit.

At their best, loving tributes and celebrations of their creators’ lives are produced; at their worst, they are unwelcome intrusions into the sanctity of a carefully-crafted corpus of work, coming across as cheap grabs for profit.

The least controversial of these publications would comprise completed works, edited and/or published only after their death in a manner completely coherent with the author’s wishes. Few, if any, ethical questions emerge. Unfinished, unpolished or incomplete works published as unfinished works, however, bring about more complications, as do works posthumously edited, trimmed or pieced together from several pieces of work. At times the boundaries are blurred. Emily Dickinson died in 1886 in relative obscurity as a poet, leaving behind some 1,800 poems and no direction as to their publication. Her sister, Lavinia, was driven to publish her poems, writing that “I have had a ‘Joan of Arc’ feeling about Emilies [sic] poems from the first”. She roped in two others, Mabel Loomis Todd and Thomas Wentworth Higginson, to edit, title and alter various poems, so as to publish three volumes from 1890 to 1896, alongside a collection of her letters (1894).

Likewise, Mac Miller’s posthumous album, Circles (2020), represents a coda to a dynamic, lively discography. His family was heavily involved in the creative direction of the album, adhering to Miller’s vision that it should complement his prior release Swimming (“Swimming in Circles was the concept”, they write on Instagram). There is room for ambiguity, with “no clear path” when the artist has passed on, but of prime importance to Mac was that the album is heard. “One of the most difficult decisions… how to communicate meaningfully while keeping sacred what should be kept secret.”

“One of the most difficult decisions… how to communicate meaningfully while keeping sacred what should be kept secret.”

Perhaps the most problematic are works released contrary to the express wishes of their creator. Yet even such works invite an exploration of form and intention. Vladimir Nabokov’s manuscript The Original of Laura takes the form of a shoebox of 138 notecards, within which are nestled each line, then paragraph, then page, which Nabokov would arrange in order to dictate to his wife to type. Laura reflects the process of ideation and composition itself, each page having a facsimile of the written card and its double, the typed counterpart from which the novel resembles more conventional forms. There is no doubt that the published work is an unfinished one, a self-conscious exemplar of the process of writing rather than the written word. Though Nabokov had directed all unfinished work to be destroyed after his death, in publishing the manuscript his son Dimitri supplied a foreword assuring us of the integrity of his vision: “Nor… do I think that my father or my father’s shade would have opposed the release of Laura once Laura had survived the hum of time this long”. Yet Laura’s mixed critical reception muddies Dmitri’s claim of it being his father’s “final great book”, the implicit justification for its publication; Alexander Theroux pointedly suggested that “The last card of The Original of Laura is a poignant list of synonyms for ‘efface’ — expunge, erase, delete, rub out, wipe out, obliterate… it is a pity that his instructions were ignored and the novel survived in such a form.”

But a compelling answer to the ethics of posthumous publication cannot be produced simply by cobbling together a number of greater and classic works published under such circumstances. Many posthumous publications were the outcome of contestations over the perceived quality of manuscripts or music, with the apotheosis of these artists coming only after their death. Franz Kafka infamously burnt many manuscripts, requesting the remainder be destroyed on his behalf after his death. Only the defiance of his friend, Max Brod, explains the publication of much of Kafka’s writings, ranging from Letter to His Father to Metamorphosis (smuggled out of Nazi-controlled Prague to Palestine, then a Swiss Bank and eventually reaching the Bodleian). Kafka largely did not consider himself a writer, and his satisfaction with and publication of The Judgment was an exception rather than the norm in his career.

Legendary hip-hop producer J Dilla never lived to see most of his album art, with some 17 albums in his posthumous discography. His vault still contains hundreds of hours of unheard music, producing plenty of legal battles, bootleg attempts, and various tributes. Some posthumous releases show a dramatically different side of Dilla, including him rapping over his own instrumentals in The Diary (2016), spirited and brash rather than the minimalist sample flips that largely define his sound. If his final album, Donuts (2006), produced from a single sampler on his deathbed, was a loving goodbye he solely authored, The Diary can fairly be read either as a moving, humanising ‘behind-the-scenes’ that exposes his single-minded commitment to hip-hop or as an unwanted, Rowling-Esque epilogue and expansion of a sonic universe that was already perfection.

Another category comprises the publication, not of creative works per se, but the various letters, journals and drafts that emphasise how human lives and creative processes are always unfinished wholes. The revelation of artists’ inner worlds, while valuable, is on one hand a discourse heavily influenced by the beliefs, intentions and efforts of editors and publishers, and on the other, sometimes an exposé impossible to seek consent for. Edward Mendelson, the editor of Auden’s posthumously-published poetry and letters, clearly articulates the struggle among authorship, intimacy, and editorial responsibilities: “What does it mean when someone acts as an author, creating objects that deserve to be called works of art, and how is this action different from writing letters to friends that may be artful in form and style, but were never meant for publication? Is there any difference between the author and the letter-writer that matters to that author’s editors and critics?” Further ambiguity arises in the publication of the author’s exchanges, annotations and musings. For Mendelson, doing justice to Auden entailed understanding Auden’s private writings as meant for his companions and close friends, and his public, published works as the union of both his individual personality and writer-self, meant for many readers whom he would never meet. All artistic works contain this doubleness: a ‘remote intimacy’ which is inevitable when the deeply personal is expressed one-sidedly to diverse communities of readers.

“You got too much livin’ to do, too much unfinished business. It ain’t over…”

“You got too much livin’ to do, too much-unfinished business. It ain’t over…” Puff Daddy’s words within the first two minutes of The Notorious B.I.G’s Life After Death (1996) is eerily prescient. Biggie’s spectre looms over an album released 16 days after his murder; that this album cements his claim to being one of the most prolific hip-hop artists exemplifies the hagiographic potential of posthumous publication. On the other end of the spectrum, plenty of releases undermine artistic visions and integrity: perhaps there is a reason why such works lie unpublished. Even if not done in bad faith, they reveal inconsistencies within the artist’s oeuvre. Respecting artistic visions necessitates a comfort with ambiguity from publishers and audiences alike. Posthumous releases celebrate the lives of their creators – with all their quirks, frustrations, and mysteries.