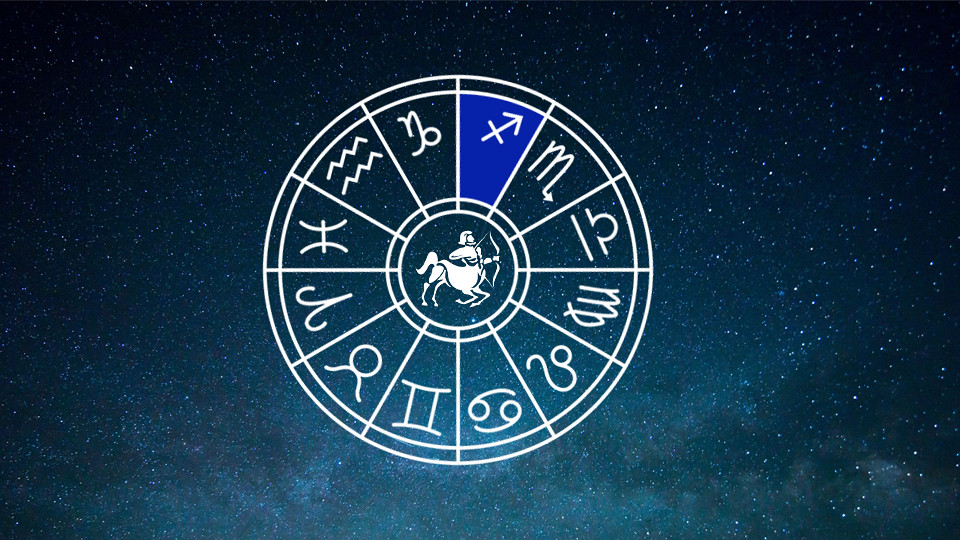 “Too Spicy to be a Pisces:” Horoscopes

Image Description: A horoscope wheel chart with the zodiac sign of Sagittarius selected, with the night sky and stars as a background.

Although I don’t believe in horoscopes, as an Aries I was shocked and upset by the recently announced change to the zodiac that would make me a… Pisces? There was obviously something fishy about this. I have all the attributes of a fire sign. My family and friends can attest to my grumpiness and general volume, so it could not possibly be true.

I was very relieved to learn that this was complete and utter rubbish – another internet hoax. NASA also found it necessary to remind everyone that there is a difference between astronomy and astrology (i.e. that one of them is actually science). But despite knowing that astrology is unsubstantiated and struggling to keep a straight face when someone extols the virtues of birth charts, I cared when I thought I might be a star sign that I think is wimpy. This seems even more ridiculous given my complete rejection of what I would call spiritualistic nonsense – why is it that astrology remains so popular? 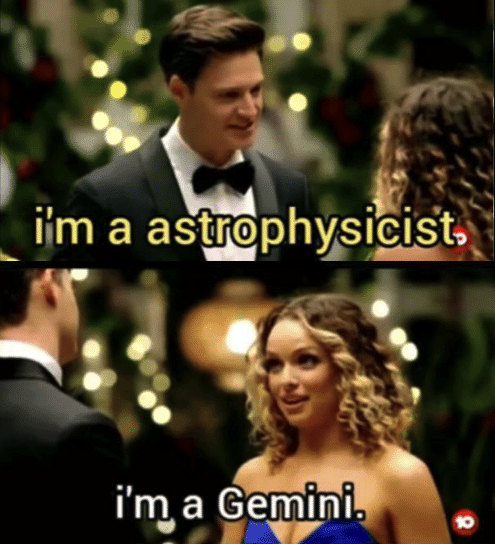 The internet has vastly extended the reach of astrology. One of the main reasons that it is so popular now is that it converts very easily to meme form. ‘Star signs as’ posts are everywhere, easy to understand and universal; everyone has a star sign. While in the old days of the New Age horoscopes would be printed in tabloid papers, the advent of Snapchat stories has put astrology in people’s pockets. Daily and weekly horoscopes command huge audiences, which explains why publications keep writing them. Even though there is not a shred of evidence that personality traits are linked to star sign, and there is no demonstrable link between one’s star sign and the future, people continue to consume astrology-based content.

Despite struggling to keep a straight face when someone extols the virtues of birth charts, I cared when I thought I might be a star sign that I think is wimpy.

The best thing about horoscopes is that they are always so beautifully vague. If you are creative enough they can be used to justify pretty much anything. ‘Be brave’ can translate to ‘it is perfectly acceptable to take your top off at a bop’, and ‘it’s time to relax’ can be carefully interpreted to mean ‘you should definitely take two bottles of Tesco wine to the crewdate’. If you are looking for something to tell you that whatever bad decision you are contemplating (please don’t text him) is the right one, horoscopes are usually a pretty good bet.

But, for many, horoscopes and astrology are much more than just a laugh, or a way to justify questionable decisions. It’s a language that allows people to easily define and describe character traits: I once had a colleague who breathed a sigh of relief when I told him I was an Aries. “I was worried you might be a Sagittarius!” he exclaimed. Basically, he thought that I talked a lot of hot air and did no work. But he used the terminology of astrology to express those feelings. Astrology provides a “powerful vocabulary” to describe common human experiences and characteristics; in this way, it functions as a communication tool.

If not a science, it can definitely be described as a cultural phenomenon. People turn to astrology – much as they turn to religion – in times of stress. In some senses, it performs a similar function as many faiths can, as it allows people to shift responsibility for their actions to an external body. Given that millennials and Gen Z are much more stressed than the generations that came before them, an increase in people using astrology as a coping mechanism is not surprising, especially as organised religion becomes less popular.

Astrology provides a “powerful vocabulary” to describe common human experiences and characteristics; in this way, it functions as a communication tool.

Astrology is an almost perfect medicine for those who are stressed and worried about the future. It can diagnose, in simple terms that are easy to follow, the problems that you’re facing, and then offer advice on how to move forward. It has a basic message – that things will get better – that, while cliched, is what people who are anxious want to hear. It’s quietly optimistic and tends to allow enough wiggle room to only choose to follow the advice that you like. Is it any surprise that, during times of uncertainty, people turn to a source of advice?

So, when internet hoaxes threaten the idea that people have of themselves – whether they truly believe in astrology or not – it is unsurprising that there is a relatively passionate response. It essentially changes not only the language that people use to describe their problems and feelings, but, for strong believers in astrology, it supposedly threatens their very personality. It undermines the process that they use to feel optimistic about the future, to soothe anxiety.

It is not clear how many of the people who read horoscopes and astrology websites actually believe what they’re consuming – statistics are not nuanced enough to sort those who do from those who don’t. It is clear, however, that the popularity of astrology is growing. Even the people who don’t believe in it are continuing to turn to it, whether because they think it’s funny, or because it’s a source of gentle advice that tends only to reinforce decisions that have already been made.

Astrology is the process that they use to feel optimistic about the future, to soothe anxiety.

Astrology might seem like a gateway drug to other forms of spiritualism and a wider rejection of science. Anti-vac movements, the flat earthers – these are truly problematic consequences of a world outlook that ignores rationality. But it is also a pretty big leap from a daily Snapchat story horoscope to the big bad world of believing that all chemicals are evil.

Studies have shown that people will relate to pretty much any personality description that they see. Astrology itself is pretty harmless but offers people comfort. It is a secret pleasure for many, but when it is threatened it inspires strong reactions – people don’t like having their view of themselves challenged. Maybe we shouldn’t stop making fun of astrology, but it isn’t impossible to recognise that it helps people. And it regularly tells me to get drunk, so that’s always a plus.