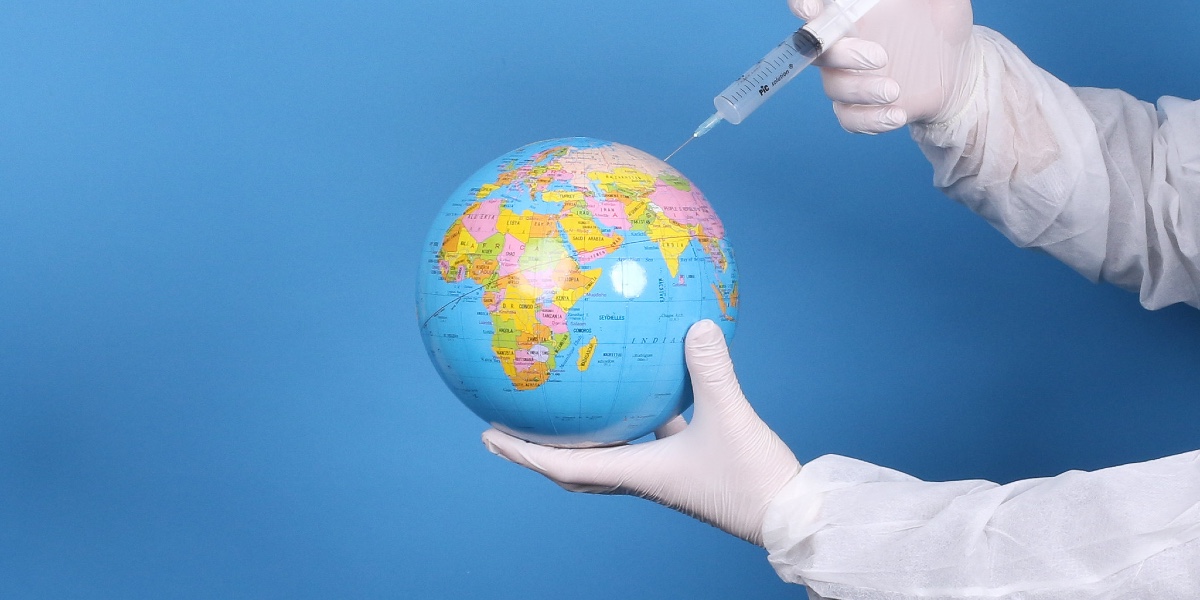 The Anti-Vaxxer: A label we are not as immune from as we might think

In the storm that is coronavirus the promise of a vaccine is the life-raft we’re clinging to. As the worldwide death toll rises to more than 700,000 the urgency behind the need for a vaccine skyrockets. The UK government has already ordered 100 million doses of the Oxford University vaccine and in the United States, President Trump optimistically promises a vaccine by election day. Yet, the obstacle of vaccine hesitancy looms on the horizon.

A study done by the Associated Press in late May showed that 50% of Americans would either be hesitant or completely unwilling to take a vaccine. Similarly, one in six UK citizens would be hesitant about taking a coronavirus vaccine. The more contagious a disease the more people need to be vaccinated in order for herd immunity to be effective. For a disease like measles, 90-95% of the population needed to be immunised. Dr Faucci emphasises that more than two-thirds of the American population need to take a coronavirus vaccine for it to have an impact.

“I bet the Venn Diagram of ‘People who still, inexplicably support Donald Trump’ and ‘People who would refuse a coronavirus vaccine’ is one big circle,” writes Twitter user @TaylorNock. She, like many others seemingly, connotes the phrase ‘anti-vaxxer’ with the image of the uneducated, gun-toting, personal liberty spouting right wing. @KimKell90117250 writes “How many granola crunching crystal wearing anti-vaxxers voted for President Trump.”  When it seems like the fates of entire populations are on the line, it is easy to construct a caricature and point the finger at it, but what the history of vaccine hesitancy has shown us is that there is not one single stereotypical anti-vaxxer.

Vaccine hesitancy is an issue which goes beyond racial divides, political parties, and class lines; the attempt to assign this ideology to a single group, to lump this stance in under a neatly titled category of ‘far-right’ or ‘uneducated,’ is just another example of the increasing polarisation of western politics.

It is true that current right-wing leaders, such as Donald Trump, have been known to promote vaccine scepticism. As a candidate, Trump propagated the sentiment that vaccination was related to autism in children, a largely disproved relation: “Just the other day, a two and a half years old, a child –  a beautiful child went to have the vaccine. And came back, and a week later, got a tremendous fever. Got very, very sick. Now is autistic.”  Trump also bragged about slowing down his own son, Barron’s, vaccine schedule. “I only say, it’s not – I’m in favour of vaccines. Do them over a longer period of time. Same amount, but just in little sections.”

The supposedly causal relationship between autism and vaccination gained prominence in 1998 after Dr Andrew Wakefield published a study in the British journal The Lancet. The study was later retracted due to insufficient data. The Lancet later revealed that Wakefield failed to disclose financial interests and had been funded by lawyers in the process of fighting a lawsuit for parents against vaccine-producing companies.

Trump is not the only politician to cling to the idea that vaccination causes autism. In 2005, Robert F. Kennedy, Jr. published the article ‘Deadly Immunity’ in the Rolling Stone and Salon. The article alleged that a study connecting the mercury in vaccines to autism had been covered-up by the government. “The CDC paid the Institute of Medicine to conduct a new study to whitewash the risk of thimerosal,” wrote Kennedy. In the days following the publication of the article, Salon ran five corrections, and in 2011 pulled the article, completely replacing the link with accurate information about the importance of vaccination.

Kennedy’s anti-vaccine sentiments do not come neatly bundled in a far-right package. As a Democrat and environmental activist, Kennedy is the president of the board of the Waterkeepers Alliance and senior attorney for the Natural Resources Defense Council. Nor is he uneducated, boasting an undergraduate degree from Harvard University. However, he remains a prominent rallying point for anti-vax groups such as the Children’s Health Defense.

What is clear is that our capacity to deduce someone’s stance on vaccination from a perfunctory analysis of their political leanings or level of education is only compatible with furthering caricatures. These political assumptions are based on vague political signifiers, tying overarching ideas to specific political parties, and encouraging voters to make decisions based on intuitive connotations rather than accurate policy analysis.

They assume that political ideology is homogenous. @realCEOofANTIFA tweets: “It’s about time we add anti-maskers in the same dumbass category we put all these other idiots in: climate change deniers, flat earthers, anti-vaxxers, evolution deniers.” This type of political rhetoric creates two opposing camps of thought with guns aimed at each other and seemingly argues that one’s entire life-story and value system can be deduced from a single political belief. You are expected to choose a category and slot yourself in.

However, the lines are not so clear. In an analysis of American anti-vaccination tweets from 2009-15 Tomeny, Vargo and El-Toukhy found that traditionally blue states such as California had a high concentration of anti-vaccination tweets. These tweets were largely related to households with incomes of 200,000 dollars or more, women who recently had given birth, and men aged 40-44. Even within the scientific community, the divisions are not clear-cut. British physician and Professor of Epidemiology Gordon Stewart is an outspoken opponent of the DTP vaccine which in the 1970s was alleged to cause neurological conditions in children. Moreover, surveys of medical providers in the UK in the late 1970s found that most were reluctant to recommend immunisation to all patients even though the link was eventually disproven.

The process through which we determine who an anti-vaxxer is and how to hate them allows us to congratulate our own altruism and morality while ignoring the experiences of marginalised groups who have historically faced oppression at the hands of public health. “There is no Venn diagram,” @MaggiRahr tweets, “it’s just white people who are anti-vaxxers,” an assertion which has limited foundations.

In 1932 the Public Health Service in Tuskegee infected nearly 400 Black men with Syphilis, telling them that they were being treated for ‘bad blood.’ PHS let the disease progress even after penicillin became the drug of choice for treating Syphilis in 1947. By 1972, 128 had died, forty spouses had been infected and nineteen children had been passed the disease at birth. There is a deep-seated mistrust for public health officials and vaccinations that developed as a result of this experiment.

An approach to anti-vaccination which only considers anti-vaxxers as one demographic with beliefs that stem from one set of circumstances can only address the issue on the surface level. As Jan Hoffman told Michael Barbaro on the New York Times Daily Podcast: “To some extent, I think it’s [vaccine hesitancy] understandable. Whether it’s rational and logical is another question entirely.” And it’s this attempt to create understanding which is important.

To solve vaccine hesitancy, we can’t hold anti-vaxxers at arms length, pushing them away and treating them as a homogenous group. If we do so we allow a single label to determine the moral fortitude of an entire person, reducing them to one dimension.

Bridging the chasm of polarisation that is quickly cracking western politics in two requires empathising with the people beneath the caricature and understanding the nuance of their experience and arguments. After all, politics is a spectrum and its very foundation is based on debate and negotiation.