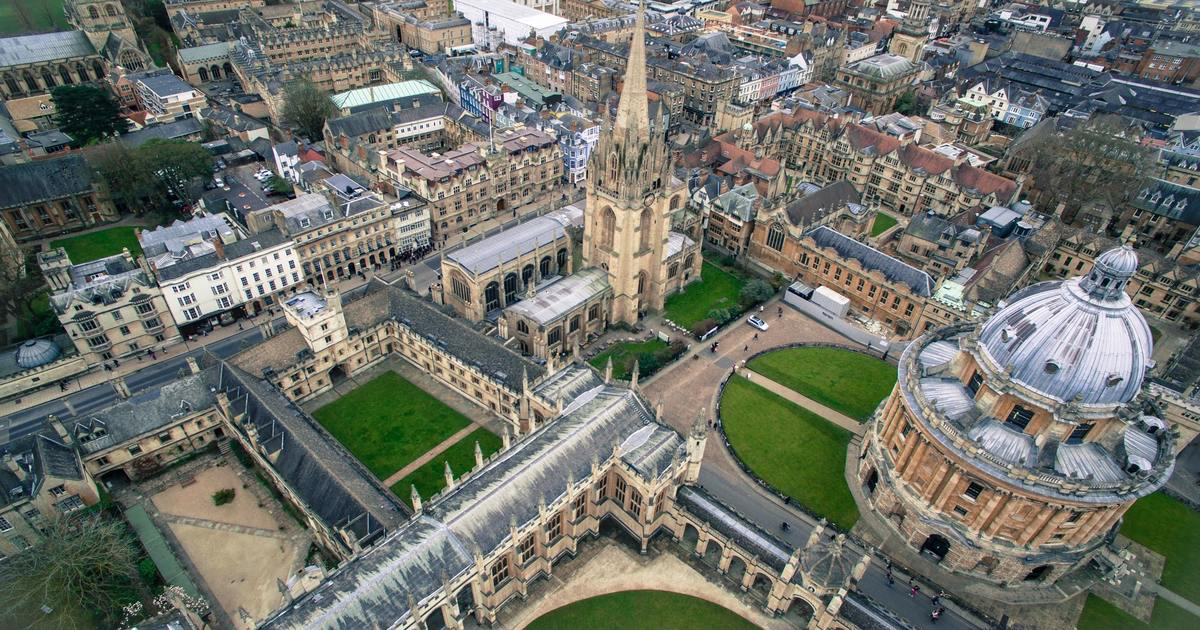 University admissions statement released: “over half of missed offers admitted”

The University of Oxford has today released an official statement on the controversy surrounding this year’s admissions, specifically the handling of UK A-Level results, after a significant number (40%) of grades were downgraded by Ofqual, and many Oxford offer-holders missed their target grades.

Results day 2020 was a day of upset for many school-leavers as they saw their grades marked down significantly from the Centre Assessed Grades (CAGs) and mock-exam results. An algorithm was applied to results in order to prevent so-called grade inflation, by trying to even-out this year’s results along the lines of each school’s historic individual performance.

However, instead of creating a fair system, the algorithm resulted in a type of ‘post-code lottery’ whereby high-attaining pupils from historically lower-performing schools were marked down alongside their peers. This meant that several Oxford offer-holders from state-educated backgrounds, and typically lower socioeconomic areas, had their grades taken below the normal entry requirements.

Many groups immediately put pressure on the University and its Colleges to admit all 2020 offer holders as the flaws in the Government’s grading system became clear. Worcester College was the first to do so and was widely praised for this decision. This pressure also came after it was revealed that even if students were successful in the appeals process and had their grades raised, they would have to defer entry to 2021 due to a lack of capacity (in part due to a reduction in available space as the University moves to maintain social distancing measures next term).

Oxford SU Class Act penned an open letter and all Sabbatical officers of the Student Union signed several demands including admitting all 2020 offer-holders, on the basis that, having received an offer in the first place, they deserved a place. The University statement reaffirms that they “[do] not make decisions based on grades alone.”

While some have argued that Oxford does not have the capacity to admit more students, in part due to the need for distancing measures next term, the University has a historically good record of making offers comparable to the number of actually confirmed places. In 2019, the Unversity made 2595 offers and admitted 2510 students. Comparably, Cambridge made 3040 offers with an acceptance of 2650 in the same year. Lowering the numbers of visiting students in response the COVID-19 pandemic will have also freed a lot of space in several colleges.

In today’s statement, they released admissions statistics. 3,900 offers were made in January for (at that time) an expected 3,287 places. As of right now, they have currently made 3,440 offers, well above the numbers of a normal year. “Of these, about 284 are for UK state school candidates who have missed their grades, meaning that [the] UK state school intake currently stands at 67.8% – an increase of 5.7 percentage points compared to 2019.”

The pressure on Oxford and Cambridge to admit their offer-holders has been higher than most Universities since their admission processes contain multiple levels by which candidates are assessed. Many applicants must sit entrance exams alongside the interview process, and submit several additional pieces of work alongside the UCAS personal statement. This means that these Universities already have a solid foundation on which to judge a candidate even without formal A-Level results.

Wadham announced it had admitted all 2020 offer-holders, with those on courses that are now full being guaranteed a place next year. Over 60% of this years Hertford cohort come from educationally or socio-economically disadvantaged backgrounds. Lady Margaret Hall has confirmed the places of 97% of offer holders. Many other Colleges have announced similar policies.

In their statement, Queen’s College wrote that “this year it was anticipated that the method of allocating grades without actual examinations would systematically disadvantage students from schools and neighbourhoods with less history of sending people to Oxbridge” and therefore the University had “revised the guidelines on clemency to give even more weight to indicators of social disadvantage…”

The University’s statement reads in full:

The University has the greatest admiration and sympathy for all of this year’s A-level students who have faced additional pressure and uncertainty because of the coronavirus pandemic. We congratulate the many students who were awarded grades that meet their University offer, despite these challenging circumstances. We also understand the disappointment of Oxford applicants who have received results which do not meet their offers.

Against this background, the University and colleges have been proactive in considering applicants who didn’t make their grades this year, focusing strongly on those in disadvantaged circumstances. As a result, over half of students who missed their offers have now been admitted. In particular, we have considered carefully and been more lenient with students from UK state schools who missed their offer; overwhelmingly these students are from disadvantaged backgrounds or have mitigating circumstances.

Oxford does not make decisions based on grades alone, and selecting the most academically able candidates, particularly those from the most disadvantaged backgrounds, is crucial to the University’s standards of inclusion and academic excellence. We are determined to work through the challenges imposed on us by this year’s circumstances and to select fairly those students of greatest potential who will thrive in their studies here. Our advice to students who feel there are reasons for their application to be reconsidered is to get in touch with their school and the college who made them an offer as soon as possible.

Despite the issues caused by the A-level moderation process, we are on course to admit our highest ever proportion of state school students and to exceed the access targets we have set ourselves.

We made about 3,900 offers in January for an expected 3,287 places at Oxford, before the lockdown in the UK, and have currently made 3,440 offers, well above the numbers we admit in a normal year. Of these, about 284 are for UK state school candidates who have missed their grades, meaning that our UK state school intake currently stands at 67.8% – an increase of 5.7 percentage points compared to 2019.

As we do every year when grades are remarked, some students may be offered a deferred place. Once we reach our maximum intake of undergraduates in 2020, we will have to defer entry to 2021 for any additional candidates who appeal successfully and whose place is then confirmed. Our primary concern must be the health and safety of our students, staff and community and it will not otherwise be possible for us to meet ongoing social-distancing restrictions and other challenges presented by the COVID-19 pandemic.

The University already has detailed plans for students’ arrival to ensure they have a safe and successful year ahead, regardless of their background, personal circumstances, or how they have been directly affected by the pandemic. In all circumstances, the University’s first priority is the health and welfare of our students and staff.