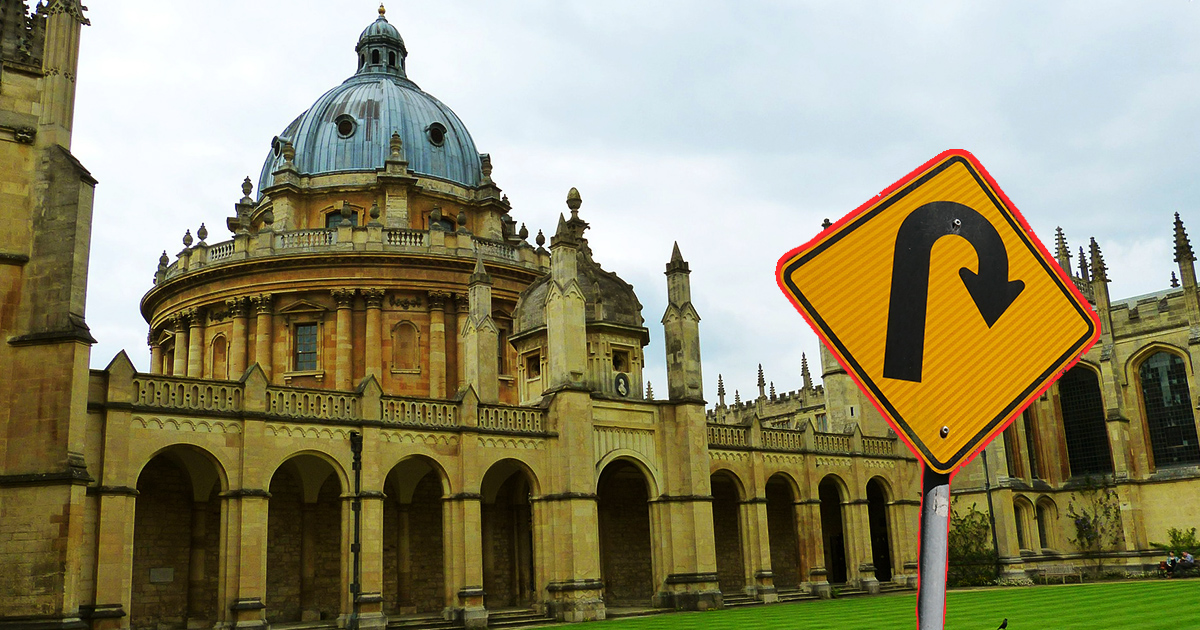 This article was originally titled: Colleges Change Admissions Policies Amidst Major U-Turn On A-Level Results but has been adjusted to reflect the latest news.

UPDATE: Oxford University has now released a statement confirming they will honour the places of all offer-holders whose Centre-Assessed Grades meet their conditional offer.

The University now faces “capacity constraints both within [its] colleges and on [its] academic courses.” They went on to say that they “will need to ensure we minimise the risk to the health of our staff and students caused by the COVID-19 pandemic, whilst also protecting the quality and the personalised nature of our teaching.”

“We are now working to ensure everyone who has met their offer conditions under the new CAG policy can be admitted either this year or next. As such, we are reviewing the capacity on our courses and within colleges and will confirm the position to offer holders as soon as we can.”

Queen’s, Keble, and University Colleges were first to release changes in their admissions policies, with Hertford swiftly after, following the government U-turn on A-level results, but Keble and Queen’s state that they made these decisions before the government announcement. The actual number of offer-holders whose CAGs are below entry requirement is unknown but likely small, but many College’s own policies will accept students with an offer, regardless of any CAG or otherwise.

University College has said they will “now confirm the places of all its UK offer-holders” (in light of today’s government announcement), and they were “delighted” that the government had addressed the inadequacies of this years results process.

Queen’s College had previously stated that, while it had given greater “clemency” to disadvantaged offer-holders, it had not confirmed all places. In the updated statement, they said that “on the basis of [their] reviews, [they] have decided this afternoon to confirm the places of all those who hold conditional offers.”

Keble’s statement is in a similar vein, and “will honour all offers made in the 2019/20 admissions round” with a small number able to defer places until 2021 if their course is full.

Hertford College will now also admit all outstanding offer-holders on the basis set out by the government u-turn.

These changes come when students across the country are today breathing a huge sigh of relief, as the government announced a chaotic U-turn on A-Level results. The grades will now be based on teacher assessments unless the grades from the statistical model were originally higher. However, concerns have arisen over how this will be practically and fairly possible, with almost all places at any University already full for this year.

In a statement released this afternoon, Roger Taylor, Chair of Ofqual said that although the pandemic had created unprecedented circumstances, that the organisation wanted ”to now take steps to remove as much stress and uncertainty for young people as possible”. Commenting also that there was “no easy solution”, Taylor apologised for the stress and upset caused by the previously implemented method.

While the University admissions cap has been lifted, there remain concerns over the actual available space to house incoming students, especially considering they will have to adhere to COVID-19 social distancing guidelines within accommodation. Furthermore, some colleges, such as St Peter’s, have stated that increasing student numbers also puts them beyond teaching capacity.

Oxford SU has released a new statement, welcoming the government’s decision and calling for the University to #honourtheoffer at a University-wide level. Crucially, they ask the University to reverse its decision to prohibit admitted students from deferring to 2021 entry.

Many individual colleges, such as Worcester, Jesus, Exeter, and Wadham among others, have already come out to say (before the U-turn was announced) that they would be admitting all 2019/20 offer holders, either for 2020 or 2021 entry. Others, such as Balliol, admitted all state school students and students from disadvantaged backgrounds.

Education Minister Gavin Williamson, who in previous days has been under pressure to review the results, has apologised to the students and parents who have been affected by the “significant inconsistencies” in the original results. This comes just days after Williamson had promised ‘No U-turn, no change’. The government was strongly criticised for overriding teacher assessments for large cohorts, a move that disproportionately impacted students in state education, and for using a school’s past performance in their statistical modelling.

In his statement, Williamson sought to appease angry students and parents. “We now believe it is better to offer young people and parents certainty by moving to teacher assessed grades for both A and AS level and GCSE results. I am sorry for the distress this has caused young people and their parents but hope this announcement will now provide the certainty and reassurance they deserve.”

John Craven, head of upReach, a charity focussed on social-mobility, appeared on BBC news this morning to discuss the results. Following the government’s announcement, he commented that this “seems the least worst option given where we’d got to – and will be welcome news to all those the algorithm disadvantaged.” However, he went on to say that this will have “major” implications for universities, considering “ it is not yet clear that all will be able to honour their offers given capacity constraints”.

However, it is now unclear, considering the U-turn puts all offer holders who achieved their grades on a level-field, whether colleges will face complaints from students told they must defer to next year. This is likely to especially affect privately-educated offer holders who had been downgraded by the algorithm, as Colleges favoured state-educated students when giving leniency to downgraded offer-holders. St Peter’s, for example,  released a statement earlier today that all state-school offer holders had been admitted first since they were most likely to be wrongly marked-down by the now-scrapped algorithm.

Dr Tim Bradshaw, CEO of the Russell Group, of which Oxford is a part, said that they “now need urgent clarification from the government on the additional support it will provide to help universities with the expected increases in student numbers, particularly for high-cost subjects such as chemistry, medicine and engineering.”

Tory MP and Chair of the Education Select Committee, Robert Halfon, tweeted “In the end, this is the right decision from @ofqual and I hope that it gives reassurance to the thousands of pupils who have done their A-Levels and those waiting for GCSE results. Chair of Ofqual confirmed that BTECs will be unaffected.” Andy Burnam, Mayor of Greater Manchester, confirmed in a tweet that he would not be dropping his legal action against the government until BTEC results were included.

UCAS, through which UK students apply to further education, advised students in tweets this afternoon to carefully consider their futures with their parents/guardians. The body, which does not make decisions on applications, also highlighted that “Universities & Colleges will need to have received your ‘Centre Assessed Grades’ before they can make a decision on your application. We are working with the awarding bodies to receive revised grades as quickly as possible to pass them on your chosen universities & colleges.”

Cambridge University said on Twitter: “We recognise that the ongoing uncertainty around the award of final results, in the absence of examinations, will have caused considerable anxiety. We will be in touch with all students who held an offer at Cambridge as soon as possible to offer further advice.”

Cambridge is likely to face a much larger challenge than Oxford as it has offered hundreds more places than it has the capacity to admit, historically relying on higher grade requirements than its counterpart. This means many applicants in previous years miss out on results day, but with this U-turn, some students will be securing their place on the back of predicted grades that could have been higher than achieved in a standard year.

Oxford “warmly congratulates all [its] successful new students and looks forward to welcoming them to Oxford.”

This article was adjusted on 18/08/20 at 10:15 AM to include the University’s official statement.