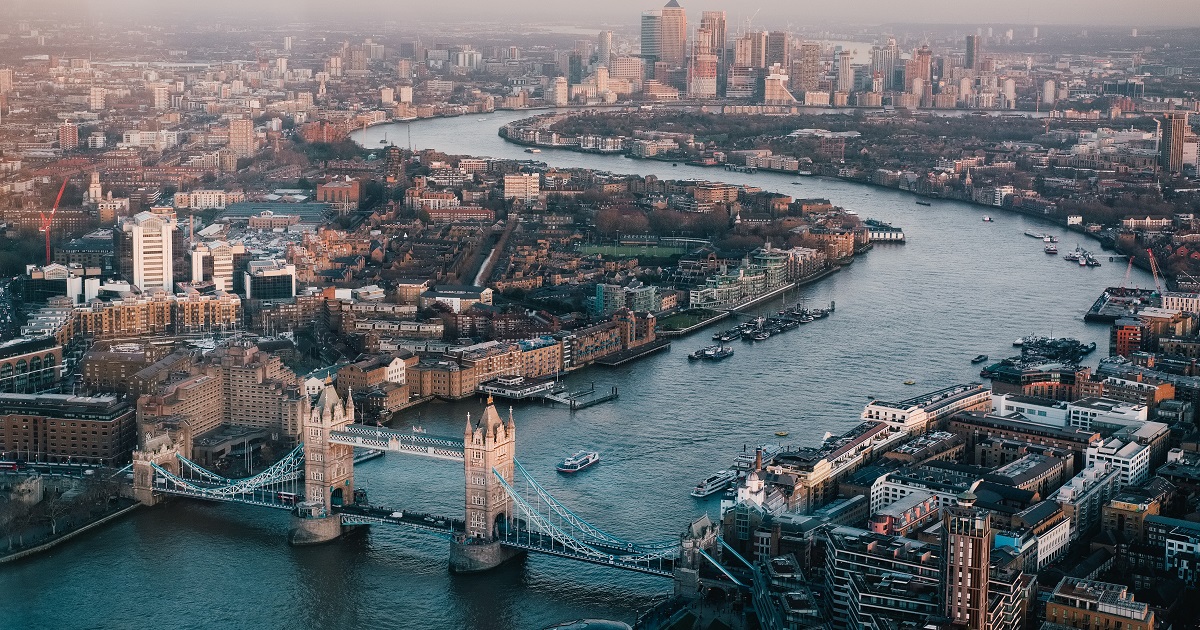 Image description: an aerial view of London, and the river Thames flowing down the centre of the photo.

“To attract and admit students from all backgrounds with outstanding academic potential and the ability to benefit from an Oxford education.”

This is the first commitment of the university’s 2018-2023 Strategic Plan.

While Oxford is far from the meritocracy it strives to be, the university has made significant progress from it’s exclusionary roots: in 2017, more women than men were admitted to Oxford; in 2020, the UK percentage of BAME students admitted exceeded 20%. Access initiatives from Foundation Oxford to UNIQ have had demonstrably positive effects and undoubtedly assist students from under-represented backgrounds in their applications. However, while progress has been towards creating a student body which reflects the UK’s racial and gender diversity, geographic factors remain a major and neglected challenge.

London has long been the UK’s largest and most affluent city. Despite the questionable efforts of Westminster to reduce the rift between London and the rest of the UK – mainly through a shoddily planned train line – the gap has grown only wider. The London divide permeates all aspects of public life, including education. Oxford is no exception.

Despite the questionable efforts of Westminster to reduce the rift between London and the rest of the UK – mainly through a shoddily planned train line – the gap has grown only wider.

In 2015, London first overtook the South East as the most common UK region of residence amongst Oxford students. Since then, London’s rise has only continued: over 2000 London students were accepted to Oxford from 2017 to 2019. In comparison, students from the bottom six regions (Northern Ireland, Scotland, Wales, North East, Yorkshire & The Humber and the North West) summed to less than 1900. London’s overrepresentation can neatly be summarised in 3 statistics: in 2019, London accounted for 13.4% of the UK population, 18.8% of the AAA+ grades, and 26.9% of Oxford admissions.

Cambridge indicates that this is not just an Oxford problem, as London represented 26.5% of their UK admissions in the same period.

Oxford’s London outreach is an enormous and effective effort, involving 16 colleges operating schemes from Christ Church’s “Horizons” to Wadham’s “Wad-Ham” programme. The allocation of individual boroughs to colleges may benefit the output of these schemes, which can be tailored to better meet localised needs compared to outreach in large non-homogeneous regions. For example, Lady Margret Hall – already a less endowed college than many others – covers a single borough in London, but also the entirety of Wales.

The allocation of individual boroughs to colleges may benefit the output of these schemes, which can be tailored to better meet localised needs compared to outreach in large non-homogeneous regions.

London outreach is undeniably an attractive prospect, especially to a University concerned about its public perception regarding access. Primarily, there are fewer logistical barriers to London outreach. The commute from London to Oxford is 1 hour by train, which is much easier and more affordable than the 4-hour drive that a student from Newcastle has to reach Oxford.

This can make a tremendous difference to outreach liaisons with limited time and resources; St Anne’s team described spending “entire weeks” in the North East to meet schools.

However, increased outreach is an external and well-intentioned factor additional to a systemic London bias. London schools receive the largest funding allocations in the UK, with on average £6,380 per pupil for 2020-2021 compared to £5,850 for England as a whole. This contrast is starker when considering outliers: London’s most deprived area, Tower Hamlets, receives £2,460 more per head than one of England’s most deprived areas, Blackpool.

This is reflected in exam performance for disadvantaged pupils: in 2015, 45.8% of London students on free school meals achieved at least 5 A*-C grades at GCSE, compared to 33.3% in England overall. The region also had the smallest gap in performance between pupils receiving free school meals and those who do not.

Furthermore, only 7% of London areas are classed as having low progression to higher education, versus 34% in the rest of the UK. This indicates that the London divide on education is not an issue of class alone, it is an issue of provision. Even the most disadvantaged London students have opportunities that similarly disadvantaged pupils in Northern England and Wales lack.

Only 7% of London areas are classed as having low progression to higher education, versus 34% in the rest of the UK.

In the late 1990s (in stark contrast to their present success) London state schools were viewed as in crisis. The London Challenge initiative was credited by Ofsted in 2013 as a major factor in the perception and performance of schools in the capital from 2003 onwards. Costing £80 million and lasting 8 years, the scheme was applauded for its sustained and locally tailored approaches. Similar schemes ran in Greater Manchester and the Black Country as City Challenges, but success was limited partly as the programs ended within 3 years of initiation.

Overall, the London Challenge exemplifies the sustained and ambitious approaches needed to improve the UK education system, but also reiterates the reality that few areas have the resources to undertake such projects.

So, what can be done to lessen the London divide in Oxford? Clearly, reducing London outreach to slow the increase in applicants in the region would be utterly counterproductive, reversing the gains made in beginning to open Oxford to London’s deprived communities. However, the rest of the UK deserves similar attention to London, especially the under-represented Northern regions. Progressing access across the UK must be a key goal for the university.

Clearly, reducing London outreach to slow the increase in applicants in the region would be utterly counterproductive, reversing the gains made in beginning to open Oxford to London’s deprived communities.

As Oxonians, it is undoubtedly easiest to impact the university’s decisions and actions when they concern internal affairs. Despite this, we must acknowledge that systemic problems require systemic solutions. No access scheme can reasonably expect to compensate for decades of funding disparities fully.

The government needs to make tackling educational inequality a priority immediately, especially as COVID-19 risks entrenching existing underfunding in schools. UK universities, especially those with political influence like Oxford, need to increase pressure on the government to rectify these issues; from the institution’s perspective, broader educational equality would surely assist their own access aims. There are many meaningful ways to lessen the divide: additional school funding outside London; incentives to retain teaching staff in rural areas; greater devolution to provide localised solutions. A better education system is a benefit to all, from the post-16 leaver who needs critical skills to navigate the world of work, to the PhD student undertaking ground-breaking research.

If London can support a leading education system, there is no reason why the rest of the UK should settle for less. Until then, the London divide in Oxford will only get bigger.