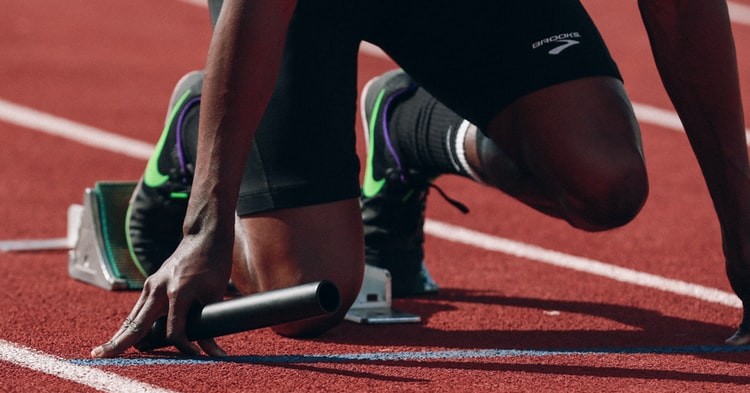 Image description: A sprinter crouching before beginning a race.

A petition signed by hundreds of students has been circulated widely following news that the University is considering plans to turn Iffley Road Sports Centre into academic spaces for the new term.

The Sports Federation, in an email sent to all sports club committee members on the 20th August, announced that the University was considering plans to turn sports hall facilities into academic spaces. This would heavily restrict access to these facilities, hindering the ability of the 25 clubs who regularly use the sports centre to train.

Student representatives were told that “During these uncertain times, the University as a whole is in the detailed planning phase for Michaelmas term. As part of this, both of the sports halls at Iffley Road Sports Centre are currently being considered as additional teaching spaces, along with many other facilities across the Collegiate University.

“We are pushing for the University to use other spaces for teaching, rather than sports facilities, and are expecting to be given a decision in September.”

Dan Tibbitt, the Sports Coordinator for Competitions at the Sports Federation, relayed that the organisation was looking to enter a dialogue with the central university, in order to protect the usage of Iffley Road.

“The Sports Federation was advised last week that the sports centre was being seriously considered for teaching space for the 2020/21 academic year. This came as quite a shock. We understand that there is considerable pressure to find teaching space considering the large intake this year and the need to provide a safe space that adheres to government guidance for social distancing. However, we also believe that closing any, or all, of the sports facilities would have a significant impact on student experience as well as student’s physical and mental wellbeing. For this reason, we are pushing for the University to use other spaces for teaching, rather than sports facilities, and are expecting to be given a decision in September.”

The reaction from students has been strongly against the proposals. Hundreds have signed a petition asking the Vice Chancellor to reconsider the proposal. The letter strongly emphasises that sport is crucial for mental and physical well-being. It further criticises the potential policy due to the impact it would have on the University’s standing in BUCs leagues, and also for Varsity matches.

Following the email distributed by the Sports Federation to all sports club committee members on 19th August, we understand that the University is strongly considering using both sports halls at Iffley Road Sports Centre as additional teaching spaces for the upcoming academic year. This is not a proposal student representatives have been consulted on to any extent and is something we the undersigned are strongly opposed to, under any circumstances. The impact of this decision will be felt across the sporting community at the University of Oxford and reverberate across the student body as a whole.

We understand that the University is under pressure to find suitable teaching space in the face of a larger cohort of incoming freshers than normal and social distancing regulations. However, we believe that any benefit from repurposing Iffley Road Sports Centre for teaching would be overwhelmingly outweighed by a disastrous effect on not only the large sporting community at Oxford, but also the student body as a whole. Our justification for this argument is detailed below. We strongly encourage the University to source other suitable space for teaching, and take better advantage of online learning resources.”

It’s not just students who play at university level who are worried about the potential policy.

For many, college sport provides a fun and sociable way to keep fit and active, and these changes also threaten college cups and leagues. Lauren McKenzie, Oxford University Hockey Club’s Cuppers’ Secretary, was keen to emphasise the impact on college sport.

“College sport is essential for maintaining access to sport and allowing for students to play at a lower commitment. If some Iffley facilities are used for teaching then this, along with any social distancing regulations, will put a huge strain on the remaining university and college facilities. If this were to happen, college sports would take the loss and many college cups and leagues would not be able to take place. The college sport system is invaluable and must be protected.”

For many students, access to Iffley Road facilities, alongside training and competitive matches, is a key aspect of mental and physical health. However, the students behind the petition are confident that the response from the student body will encourage the University to reconsider its plans.

“The response to the open letter, so far, has been staggering. The support from University-level student-athletes, in particularly, has been overwhelming. The student body clearly feel strongly about the University’s proposal to repurpose Iffley Sports Centre sports halls. We hope that this open letter will encourage the central University to reconsider their initial proposal and acknowledge the importance of extracurricular activities on student welfare.

We are hoping to gain further support from the wider student population in the coming days. The letter can be signed by students, alumni and members of staff, regardless of whether they belong to a University sports club.“

The Blues Committee has encouraged students to share the petition within their clubs and to sign before 11pm on the 30th August. A University spokesperson has stated that:

“Oxford University’s number one priority is the health and well-being of our staff, students and local community.  We will be reopening our research and teaching activities in careful, sequential phases, taking a risk-based approach and working in line with government guidance as it is updated. We recognise students’ concerns about access to sporting and fitness facilities and no final decisions have been made about using indoor sporting space for teaching and academic purposes. The Director of Sport is leading the planning work on the safe provision of indoor sport under social distancing rules.

“We have well-developed plans for the safe re-opening of the swimming pool and outdoor pitches ​have already begun to become available (eg Tennis and Cricket). We are confident that ​the vast majority of outdoor University sport will be able to resume for the Michaelmas term.  ​Online class provision also continues to be available.”

It is understood that departments are currently confirming their teaching space requirements and that a decision will be made in the coming weeks.

This article has been amended to include a statement from the University press office.