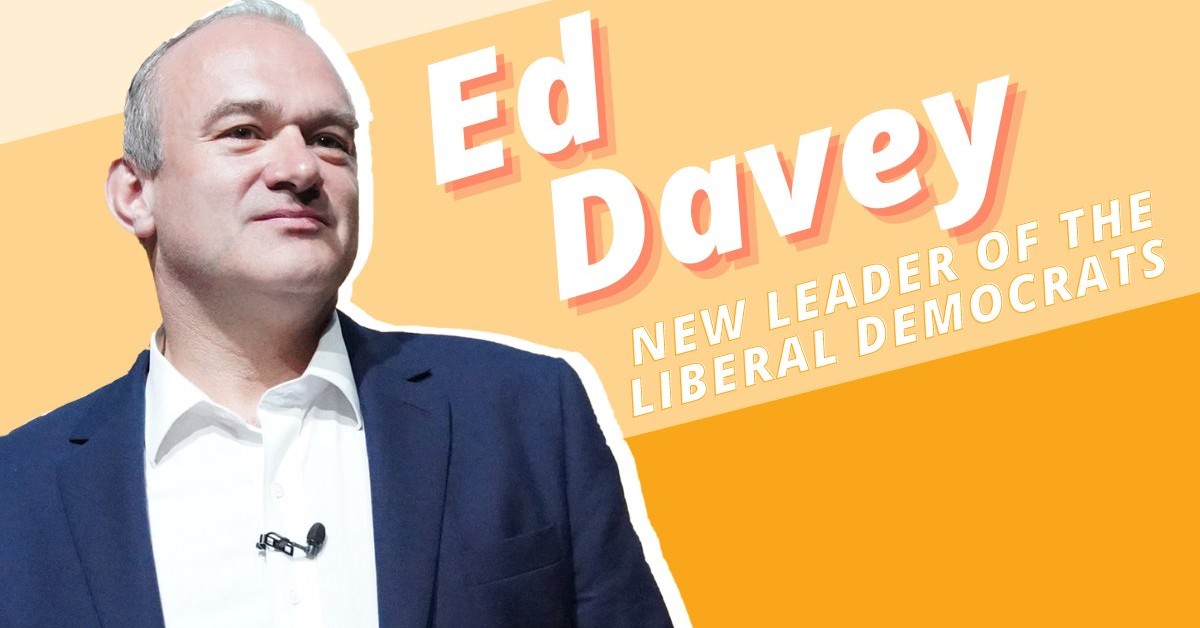 The Lib Dems must change – together

These past five years, you had to feel sorry for us Liberal Democrats. It would take a cold heart indeed to ignore our plight, whatever your political views. We have staggered lethargically from leader to leader, a rudderless ship swept this way and that by events.

Two elections in which we could have done well were failures. Despite reaching the 20s in polls after our very strong European election finish in 2019, we performed so badly in that December’s general election that even our leader, Jo Swinson, lost her seat. It was against this record of defeat and disappointment that the party held yet another leadership election this year.

It became a fight between what some members considered candidacies of the past and of the future. On the one hand, Sir Ed Davey, a well-established member of the party’s top ranks: a pioneering Energy Secretary, albeit in the tainted Coalition. On the other, Layla Moran, first elected MP for Oxford West and Abingdon in 2017: untarnished by government with the Tories, and firmly positioned on the party’s left.

Davey was the favourite throughout this race, and his victory is therefore unsurprising, although its landslide scale is impressive. Yet Moran’s insurgent campaign arguably created more excitement, especially among young members impatient with the party’s years of drift.

Those members were looking to modernise both the party’s policy agenda and its public image. Moran’s offer of Universal Basic Income, amongst other things, promised to do the former. Her identity as a pansexual and British Palestinian woman promised to do the latter, in a party whose elected officials have long lacked diversity.

The clear-cut nature of the choice made this an unusually tense leadership election. Now, however, we have a result. Many who voted for Moran, like me, will feel disappointed. But it is crucial that the party now unites around our new leader. Davey is a thoroughly decent man and a liberal through and through. His bold leadership and creative policy work on climate change will help us find a new direction in the post-Brexit age.

Currently, the Lib Dems are languishing in low single figures in the polls. Beating our present dismal performance depends on cutting through the noise. That is always difficult for a third party, but it has been even tougher in a Covid-19-dominated news environment in which Tory government policy naturally dominates the column inches. If young members are not on board, it will remain nearly impossible for the party to make its case and rebuild.

Although Sir Ed should be very happy with his margin of victory, he cannot afford to ignore the sizeable chunk of the party which chose Moran. Our votes made clear that we do not want the party to continue on its current path. We have every reason to believe that, if it does, there will not be much of a party left.

Our party’s success in the 2000s was partly built on young people and students who backed us because they agreed with our opposition to an unpopular war abroad and our advocacy for social liberalism at home. Those voters abandoned us after we broke our promise and raised tuition fees. The number one priority of Davey’s new leadership must be to convince young voters that the party is on their side. If we are successful, we can galvanise young voters who, though they incline heavily towards Labour now, would surely respond well to a party which offered economic generosity alongside a wholehearted rejection of authoritarianism.

Liberal Democrats claim to be the party of fairness. So, we must throw our weight behind calls for police reform and social justice. We claim to be the party of opportunity. So, we must combine support for entrepreneurialism and fair taxes with a kind welfare policy. We have always been a party of the environment. So, we cannot afford to lose time in making good on the values of Sir Ed’s climate-focused leadership campaign by pushing for a genuine Green New Deal.

And as we modernise our policy platform, we have a moral obligation to work actively to diversify our party membership and representatives.

Sir Ed Davey has told Liberal Democrats to ‘wake up and smell the coffee’. He will find that we are ready to go to work for a more liberal Britain. Whatever the disagreements of this leadership campaign, if Davey is willing to move our party forward, he will have widespread support, even from those who did not back him.