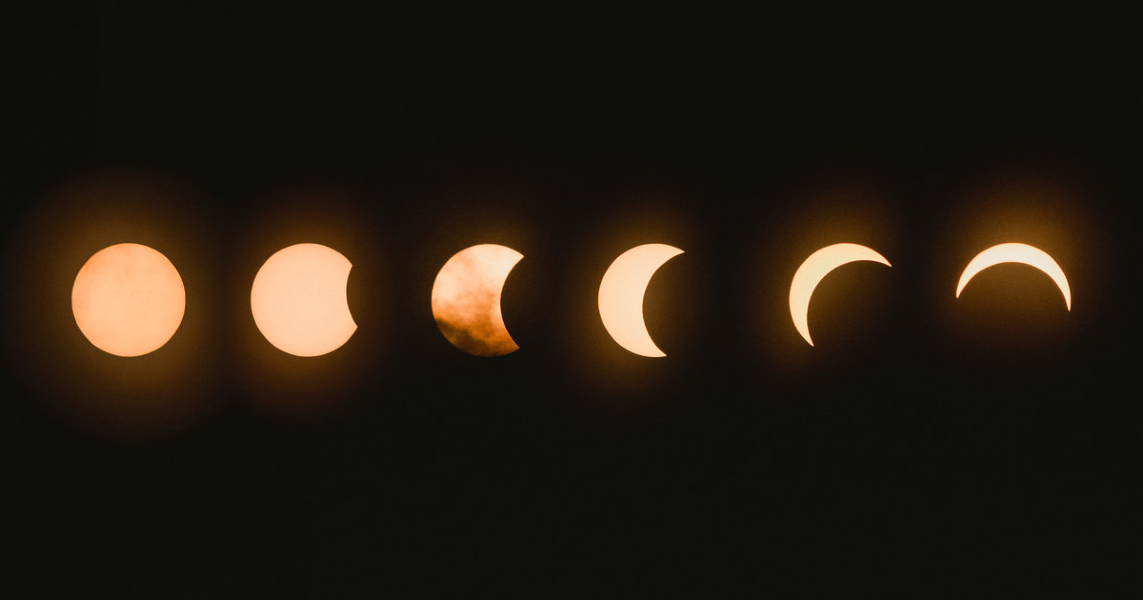 In defence of the Twilight saga

This time 12 years ago, I was 12 myself, and about to start my first year at secondary school. Unsure of what to expect, I scoured teen magazines – Bliss, Mizz, Sugar, the Irish publication Kiss – in search of tips to help me navigate the adolescent world. Alongside sex-related scaremongering and late noughties fashion features, among the glossy pages I encountered a lot of hype about a book series called Twilight, and its forthcoming movie adaptation. I initially thought that a plot about vampires wouldn’t appeal to me – I was more into preppy East Coast boarding school tales – but when I saw that songs from my favourite band, Paramore, would feature in the film, I decided to give it a try.

I ended up reading all four brick-sized novels in the space of a week, then going to the cinema to see the film that Sunday. My friends and I proceeded to distinguish ourselves as the most hard-core Twilight experts in the school. We endlessly quoted the books, nicknamed each other after characters in the series (I was Alice), and bought up French magazines on our holidays for the abundance of Twilight-themed posters they offered. I saw that first movie no less than seven times when it first came out.

I saw that first movie no less than seven times when it first came out.

It’s a little embarrassing to reflect on my ‘Twi-hard’ days now, but it seems the series is in for a resurgence. Midnight Sun, a retelling of the first book from Edward’s perspective, has hit the shelves after more than a decade in the making. When the first few chapters of the novel were leaked online back in 2008, Stephenie Meyer said that she wouldn’t continue with the project, and, even though I was a member of a Facebook page that petitioned for her to change her mind, I didn’t really expect her to. But I guess in 2020 anything is possible. Maybe before the year is out, we’ll finally discover the true identity of whoever wrote My Immortal.

Even at the height of its popularity, the series wasn’t free from criticism, and fears of a conservative Christian agenda hiding amongst its backdrop of violence and vampires were enough to banish Meyer’s work to the abyss for a while. Certainly, there’s a lot to find fault within the franchise. As an adult, it’s pretty clear to me that both Jacob and Edward act in a manipulative way towards Bella at various points, and both the heroine and her sharp-toothed love interest are, well, a little bland. Edward may be edgy, and undying love is cool and all, but he’s not exactly great craic. His adoptive family and the local werewolves were actually a lot more fun. The phrase ‘still a better love story than Twilight’ has been bandied around on the internet to apply to the most ridiculous of heteronormative situations. And don’t get me started on that Jacob and Renesmee plot twist.

Aside from the content, some of the special effects in the films haven’t aged so well. Red bug-eyed predators, Bella’s creepy green-screen baby, CGI werewolves talking in booming Yu-Gi-Oh! villain voices – I think the English slang term ‘naff’ describes these efforts more accurately than anything in my native dialect.

I don’t think it’s quite fair to write off Twilight as just a gooey gimmick of teen romance.

But though there is a lot to take issue with, I don’t think it’s quite fair to write off Twilight as just a gooey gimmick of teen romance. True, the central couple is annoyingly co-dependent, but Bella isn’t the submissive dullard some would have you believe her to be. The Cullen coven saves her in the first instalment, but in New Moon, she is the one who travels all the way to Italy to stop Edward from committing sparkly vampire suicide.

Again, in Eclipse, she comes to the rescue as she distracts two bloodthirsty attackers from beheading her beloved. When she finally becomes undead in Breaking Dawn, she uses her newfound strength to beat a vampire jock in an arm-wrestling match and hones the ‘shielding’ superpower she’s had since her human days to protect her family.

Statistically speaking, Edward is more often the damsel-in-distress than Bella is, and even the trouble she gets into at the end of the first book/film has its basis in a brave act of self-sacrifice: she agrees to meet alone with a killer, thinking he has kidnapped her mother. Bella is stubborn and knows her own mind – in fact, hers is the only one Edward can’t read – and she gets her own way in the end on just about everything, from healing the werewolf versus vampire animosity to succeeding in becoming a powerful vampire herself.

To me, reading it at the cusp of my teenage years, it seemed an allegory for growing up.

There has been a myriad of theories as to what the central message of Twilight is, exactly. To me, reading it at the cusp of my teenage years, it seemed an allegory for growing up. As Bella brushes with danger and learns the rules of the vampire world, she sort of mirrored my own efforts to understand innuendo and withstand peer pressure. The metaphor is put pretty bluntly at the beginning of the final book when the narrator talks about putting away childish things. Bella is fearful of growing old, but she is impatient to reach the status of maturity and autonomy associated with the transformation into a vampire.

It is worth noting that this process is not wholly dependent on Edward’s presence. Bella identifies herself as a thrill-seeker and manages to get herself entangled with the supernatural world even when he is not there, through her relationship with the werewolves. Her innate power to shield her thoughts makes her impervious to attacks from malicious actors, and, when she adapts extremely well to ‘the Change’, she states that vampiredom had always been her destiny. Edward is a part of this, but it is not all about him; there is even initial doubt as to whether it will be him who transforms her or whether that task will fall to his quirky clairvoyant sister.

The series was just edgy enough to be exciting – with a bit of life-or-death peril and cartoonish blood-letting thrown in among the love triangles for good measure. This kind of mild fantasy-horror was an important feature of the franchise, for it offered young fans like myself exposure to some of the scarier elements of the adult world while also promoting a reassuring message about hope and solidarity. With the help of their friends and family, there are few obstacles the protagonists cannot overcome.

It offered young fans like myself exposure to some of the scarier elements of the adult world while also promoting a reassuring message about hope and solidarity.

Before its death and recent rebirth, the Twilight franchise left a legacy in the teen fiction department, as it helped establish the ‘paranormal romance’ genre. In much the same vein (geddit?) as Meyer’s series, stories were spewed out in which a human girl fell for a supernatural bad boy. I remember enjoying the Evermore series, about psychics, and Fallen, which was about dalliances with – you guessed it – fallen angels.

Ryan Murphy’s 2011 television show American Horror Story tried to tweak and critique the format a little bit. Angsty emo teen Violet – the epitome of the ‘I’m not like other girls’ trope – falls for good-looking ghost Tate. They enjoy a brief, ‘dark’ romance with Tate at one stage offering  Violet a rose that has been painted black, because, he says, “I know how you don’t like normal things.” Tate’s actions, however, are revealed to be rather less defensible than Edward Cullen’s tortured vigilante past, and Violet ends up banishing him from her life, strengthening instead her bond with her family. This could have been a nice rebuttal to the supernatural bad boy trope, but the pairing proved so popular that a cop-out excuse for Tate’s behaviour was offered in season eight. The couple reconciled, to the delight of squealing fangirls.

How do paranormal romance fans justify pining after Edward despite his possessive nonsense or Tate with his diabolical instincts? I think it’s too easy to dismiss their appeal as just being down to looks or to claim that Twilight and co. have led women to idolize unhealthy behaviour. A viewer may overlook the fact that Edward damages Bella’s engine to stop her driving into ‘dangerous’ werewolf territory; that does not mean they’d forgive such a move if a variant of it was pulled on them in real life.

Just as the fantasy nature of this genre allows readers to dabble in the intricacies of the adult world, it also gives them the opportunity to live vicariously in a realm of ‘what if’. Ignoring someone’s flaws to such an extent wouldn’t be feasible or appropriate in the real world, but with paranormal romance, you are free to daydream without facing consequences. Crushing on a problematic fave is an escape from the responsibilities life often piles on young women. Can’t we permit this brief respite from worldly pressures?

So I think that, despite everything, it is still possible to enjoy Twilight as a guilt-free pleasure. I know I was pleased to return to the world of Forks when watching the films again with my housemate recently. Eight years had passed since the release of the last film, Breaking Dawn Part 2, and there was something comforting about coming across the familiar sights of the Cullens’ and Swans’ houses and array of vehicles. It felt a little like visiting home, but also revisiting a younger, more innocent version of myself, who thought fancying Edward was the height of edginess. In the strange times of 2020, there’s something quite nice about reacquainting yourself with your past passions.

Even though I thought had outgrown them, I discovered I was not immune to a touch of nostalgia. 2008 wasn’t ‘a simpler time’, by any means.  But its pop culture output did have its merits, and I don’t think there’s any harm in being reminded of them every now and then.