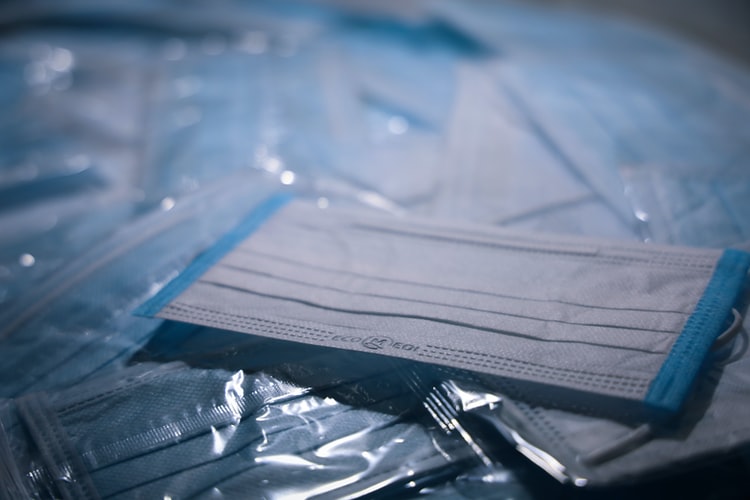 It’s true that the number of severe cases and fatalities have dropped significantly since April. We also have a better idea now of who will be most severely affected by coronavirus, and the good news for the majority of university-age students is that we are less likely to be affected by it even if we contract it. Treatment is also improving, with the drug remdesivir now shown to be effective. At first glance, all of this information seems to indicate that it should be okay for us to go back to normal. I still say this is irresponsible.

To say that fatalities have dropped significantly is not to say that they are completely gone. People are still dying every day, and the immeasurable loss of an individual life is not something to be taken lightly. Arguments for going back to normal also seem to ignore the documented cases of “long covid”, where recovered patients continue to experience symptoms such as fatigue or chest pain for months after initial diagnosis. Cases may not be as lethal as they once were for reasons that are still unclear, but that does not mean that people’s lives are not still affected by the illness.

Not only this, but as students we must not forget that young people do not make up the entire university, much less the city we will soon return to. Scouts and porters who are not usually of the least vulnerable demographic will likely bear the brunt of human contact and the obligation to enforce hygiene measures within college and department spaces. Residents of university towns have also expressed concern at the return of students. Although we may think of our university experiences as defined by the peers we come into contact with, this does not erase the reality of the many older or otherwise vulnerable people whom we pass by daily.

In many ways, though, these measurable effects of coronavirus are not even at the heart of the issue. We can use mathematical models to discuss the likely number of infections and deaths in the coming months, and we can send out surveys to investigate local and student opinions on lockdown measures. But even in doing all that, the question still remains: where do our priorities as a society lie? How many people are we willing to make ill or let die for the satisfaction of the majority?

As it stands, I am one of the lucky people. I am healthy and able-bodied and young, and the chances of my making a full recovery if I contract coronavirus are very high. But I also know that I do not want to live in a world where I am considered the norm. As I see it, human civilisation is not defined by its ability to benefit the strong and healthy. Society is, as the philosopher Eva Feder Kittay notes, a complex web of dependencies. Children depend on their parents for survival, the elderly on their children, and even in adulthood, many people rely on institutions like the NHS.

Human civilisation is not defined by its ability to benefit the strong and healthy.

The anthropologist Margaret Mead once said that she believed the first sign of civilisation was not a knife or a spear or other utilitarian object; instead, she believed it was a healed bone from a 15,000-year-old skeleton. The bone in question, the femur, would have taken at least six weeks to heal, meaning that during that period, other humans had to protect and care for the injured individual – something unheard of in the animal kingdom. I agree with these two thinkers, that this relationship of care lies at the heart of what makes humanity so precious. If I cannot rely on the society around me to value my life if I am injured, if I develop a disability, or even just grow old, then why should I value it at all?

It’s completely fine to feel frustrated at the many measures we will be subject to in the coming months. But at the same time, we cannot neglect those we have an obligation to protect as members of the same community. We cannot neglect hard-working staff, local residents, and disabled members of our community – not to mention the many NHS employees who were chronically overworked even before the pandemic, and who will continue to be affected by added strain. Yes, this all sucks and a second lockdown would be even worse, but if we want to maintain a just society, a demand to return to normalcy is not the right call.

Instead, why not question why well-meaning policies to save people’s lives have created such staggering blows to people’s ability to buy basic goods necessary for survival? Or how all of us have no doubt seen many of our friends go on holidays over the past months, while the same system that has allowed them and their families to remain financially stable also let a woman die of starvation next to her malnourished baby? Or why people with disabilities have been subject to forced “do not resuscitate” orders recently, even when their deaths are preventable? If human welfare is what you are concerned about, then these questions should be the focus of our conversations around COVID-19, not whether I should be able to see more than five of my friends at a time.

Locking down in the wrong way is a danger – Isaac Adni

Lockdown was supposed to protect the vulnerable, yet care home residents make up half of the UK’s coronavirus death toll. Lockdown was supposed to protect our health, yet cancelled treatments (especially for cancer) and mental health issues are both now a huge problem. And lockdown has also inflicted crippling job losses on those who are least well-off.

Sweden never had a national lockdown. They combined social distancing and shielding of the vulnerable. One argument is that the higher coronavirus deaths in Sweden as compared to its neighbours can be explained by the low flu deaths during the previous year – people who would normally have died from the flu last year died from coronavirus instead. But others argue that it was the lack of a lockdown that caused more coronavirus deaths. There is so much we don’t know yet, but it is saddening that almost no one has the humility to express doubt.

There is now much talk of a second national lockdown in the UK, but we have no idea whether the original lockdown even prevented any deaths. Even if lockdown did prevent deaths, we have no idea how many it prevented: for example, the predictions were wrong and the Nightingale hospitals, built specially to treat coronavirus patients, remained almost completely empty. Since we do not know how many deaths lockdown prevented, there is no way to tell if the suffering it caused and is still causing for many was worth it.

However, what we do know is that since lockdown was put into law, the government has essentially been ruling by decree. Over 50 Coronavirus-related criminal laws have been introduced and not a single one has been voted on in Parliament. This ‘Trump-like’ Executive Order legislation is frightening and redolent of a police state.

Over 50 Coronavirus-related criminal laws have been introduced and not a single one has been voted on in Parliament.

Whether or not you agree with the measures the UK government is taking, it is wrong that these sweeping measures – that take away many of our liberties – are being decided by a few members of the ruling elite rather than by parliament. Not only is parliamentary scrutiny a fundamental principle of our democracy, but parliamentary scrutiny also leads to a better outcomes. Many lives could have been saved if MPs had been able to scrutinise the government.

Some have argued that there is a need for the government to introduce legislation quickly and there is not enough time for parliament to scrutinise and vote. However, the UK does have the Civil Contingencies Act 2004, which allows for the government to introduce emergency legislation but provides many safeguards to ensure the supremacy of Parliament.

Yet the government has chosen to ignore this act, instead choosing to use a combination of the new Coronavirus Act and the Public Health (Control of Disease) Act 1984, in order to bypass parliament. The Public Health Act does require votes after 28 days, but the government is simply replacing the legislation before 28 days have passed in order to deny parliament a vote. It is now clear that there definitely is time to pass new coronavirus-related laws in Parliament – the ‘six-person rule’ was announced on a Wednesday but only came into force on the following Monday.

There is one safeguard built into the Coronavirus Act, which is that the powers granted in the Act will be reviewed by MPs once every six months. I would encourage you to write to your MP and urge them to vote against the act, and instead push for new legislation to be introduced either with a vote in Parliament, or if absolutely necessary under the Civil Contingencies Act. If possible, the Public Health (Control of Disease) Act 1984 should also be repealed, although I recognise that this is highly unlikely.

The threat of a second national lockdown is a very real one. Irrespective of whether you agree, it should be scrutinised and decided by Parliament, not by a few of Boris Johnson’s cronies.