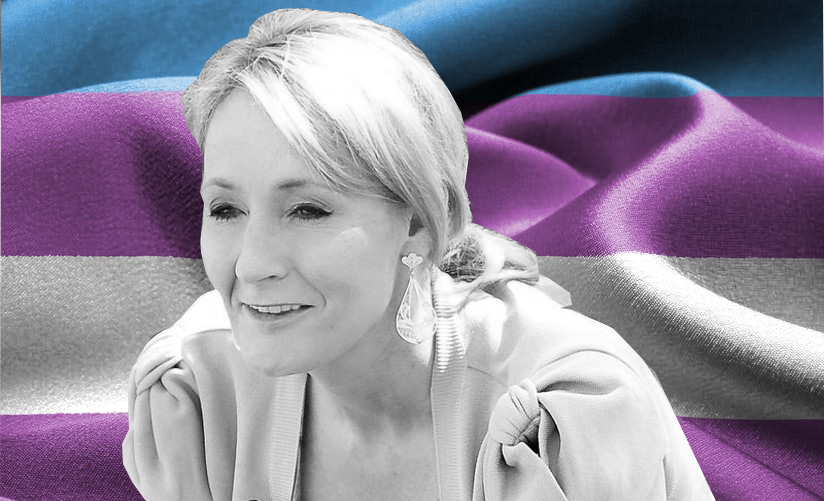 In late June of this year, I addressed J.K. Rowling’s gleeful exposure of her own transphobia. In my piece, I wrote that Rowling’s anti-trans views were often more insidious than blatant. As time progresses, however, all semblance of nuance appears to have withered away.

The insidious is degrading into the blatant. Rowling has, perhaps, realised that none but those already on her side were convinced by her efforts to appear ‘softcore’ in her hate. Instead, she now appears to opt for the extreme, full-throated transphobic spewing.

One could be forgiven for mistaking the present-day Twitter feed of Ms Rowling for that of an alt-right reactionary.

Her attacks against an institution like Stonewall for example, for nothing more than opposing exclusionary practices in sport, would perhaps be more at home coming from the mouth of an ultra-conservative, rather than a former luminary of liberalism.

Among the many things which I found egregious about Rowling’s infamous gender-critical essay was the claim that she was somehow making a great sacrifice for her principles.

As I pointed out, a woman in the position of privilege that Rowling enjoys, with a net worth of over a billion and an enormous platform in the public eye is far less vulnerable than most. She talked of being denied free speech, while broadcasting her views to millions.

A woman who will never need to work again hardly needs to fear her off-colour remarks driving her out of a job. Yet again, with her latest controversy, Rowling has proved the lie to her words.

Her latest novel has already climbed to number one, in spite of its controversial content. Alongside what some have described as a racist and Islamophobic descriptions of Muslim characters, Rowling’s Troubled Blood, also features a ‘transvestite’ killer.

Including in her narrative, a cis man who dresses up in ‘feminine’ clothes in order to target and attack vulnerable women appears deliberately provocative.

It comes as the latest in the series of TERF dog whistles from Rowling, perpetuating the lie that equality for trans women places cis women in danger, despite no evidence for this.

The novel is the latest in Rowling’s Strike series, which has already been a vessel for its author’s transphobia. A previous instalment from 2018, titled The Silkworm, featured an ‘unstable and aggressive’ trans woman.

This piece also featured the heavily criticised line “(prison) won’t be fun for you… not pre-op”. Rowling claimed in her diatribe, in a tired TERF talking point (one of her trademarks) that she did not harbour any irrational hate. Her own words say otherwise.

While trivial, I find it no small irony that Rowling chooses to publish her newer crime ‘thrillers’ under the pen name Robert Galbraith. Clearly, she would find it disrespectful if someone chose to refer to her in person exclusively by this name and its male pronouns.

Logic, however, has never been an essential item of the TERF toolkit. Neither, unfortunately, has empathy. Perhaps the use of a pseudonym is a conscious PR move on Rowling’s part.

She may fear that so vocally harassing one of the most victimised minorities in society might alienate her audience. Or maybe she wants to avoid an association with the uninspired and decidedly mediocre works that elevated her to fame in the first place, for fear of slow sales.

Ultimately, it is the words inside Rowling’s work that have the capacity to spread hate, whatever the name on the front cover.

A part of me wonders whether speaking out against Rowling in this way in counterproductive.

When one severs all the natural ties that come with their position, as Rowling has, shock and outrage are among the only tools available to them for keeping themselves relevant in the media.

Doubtless, there will be some part of Rowling that looks on with glee when she sees the Twitter storm and publication backlash over her latest controversy. It ignites the audience that the author so craves and keeps her relevant.

It is small wonder that the widespread criticism surrounding the release of Rowling’s new novel has been followed by its strong sales figures. They may be some sense in starving the beast, in Rowling’s case.

Turning our backs on the author’s open animosity and sending silence in response to her Twitter tantrums might be the best way to end Rowling’s rampage. Death a thousand blocks may prove more effective than raged resistance.

Yet, I know I will not be alone in finding myself needing to speak up in the case of J. K. Rowling. And I also know that there will be many who agree that stoicism is not the answer we need right now, on any issue. This approach creates the false impression of compliance or, even worse, consensus.

A woman who has affected the cultural landscape of Britain to the extent that Rowling has is granted an enormous power to influence the popular perception.

Unless we answer her fables with facts, there’s a danger that she will set the tone of the debate.

With the support of established media figures like Piers Morgan to bolster her bunkum, Rowling has the potential to be a formidable foe in the struggle for trans rights and trans lives.

Rowling will continue to take every opportunity to use her platform for hate, and we must respond and resist each time. It may not be easy, but we know it is right.