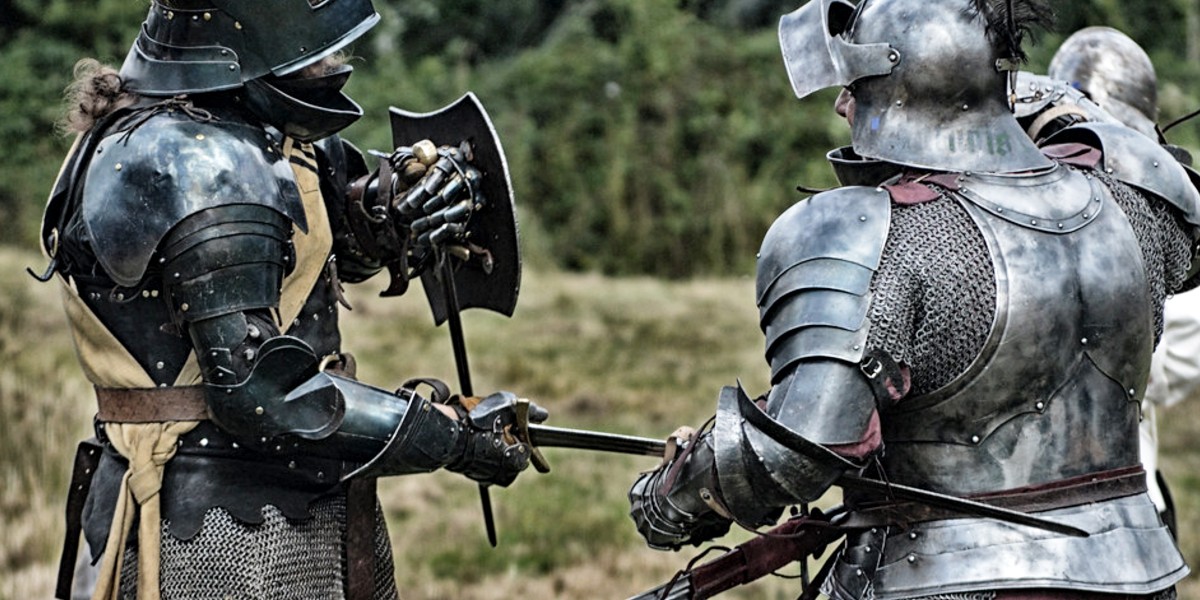 Crusader Kings 2 popped onto my radar about four years ago, while looking up bad Game of Thrones theories on YouTube. I was soon transfixed with this game that (through the use of a dedicated mod) allowed players to step into the world of Westeros so seamlessly. Add in the base game, through which players can take part in everything from the iconoclast controversy to the Hundred Years’ War (for its whole duration), and the little historian in me was hooked.

I am only slightly embarrassed to admit the first day I had the game I played it for 24 hours straight.

Unlike most strategies, Crusader Kings 2 puts the military aspect of gameplay very much in the backseat to diplomacy: you can’t go to war on your neighbours simply because you dislike them, for example.

This epic title from Paradox is a grand real-time strategy, where the twist is you play as a dynasty, rather than one character. This can lead to bizarre situations, such as when getting bumped off by your dwarf son is something you’re actively rooting for. Unlike most strategies, Crusader Kings 2 puts the military aspect of gameplay very much in the backseat to diplomacy: you can’t go to war on your neighbours simply because you dislike them, for example.

Winning is much more about securing stronger alliances and being more popular with your vassals than your rivals are, something that plays much truer to real history than games like the Total War series for example. I don’t imagine this style will necessarily be for everyone, but for me the formula makes for something deliciously tantalising. You’re forced to play the long game to achieve your goals.

Sometimes it might be left to your granddaughter to carry out your grand designs on carving out a kingdom that you’ve be working towards for 100+ (in-game) years!

There’s also a sense of higher stakes: hours of game play can come crashing down by having a son that the local clergy don’t like. And don’t even get me started on ambitious younger brothers.

You can completely re-write history by going on the right crusade or marrying into the right family.

One of the elements that most appeals to me personally with this game though is the sheer amount of customisation you can do. With the right DLC, players can create customised versions of themselves (complete with all their personality quirks) and put them as Byzantine Emperors or Sultans of Egypt. You can completely re-write history by going on the right crusade or marrying into the right family. Very quickly, the map of your Crusader Kings 2 game will differ widely from the one of our world, sometimes with messy consequences.

The Kingdom of France can end up having more Finnish land than French. The Spanish King might decide to conquer just the north of Ireland. An Indian prince may end up ruling Poland. This delightful phenomenon is known ‘bordergore’ and adds a flavour to the game that many others struggle to replicate.

And there is the wonderful world of modding, which can allow you to substitute Europe for Westeros or Middle Earth while seamlessly keeping the core mechanics of the game working well. The creativity in Crusader Kings 2 is a big part of what makes it infinitely replayable for me.

The next instalment in this franchise, Crusader Kings 3 is now out for pre-order, and for some, this may mean that it’s time to put the predecessor to rest. But for me, I know that even if this sequel lives up to my expectations, Crusader Kings 2 will always be my game. And, if I’m ever struggling to revise for a Medieval paper, I have the perfect source for distraction that I don’t have to feel guilty about.

Crusader Kings 2 seamlessly combines two genres: the strategy game and the RPG. It is as much about the story of the kings, queens and emperors you control as it is about the land they conquer.

In the game you control a ruler with the goal to conquer land and ensure that your dynasty survives. When your character dies, you play as your heir – if you’re lucky, it’s your eldest son, who you’ve raised to be a kind, hard-working steward, ready to carefully guide your realm through the hardships ahead. If you’re unlucky, it’s your incompetent, scheming brother, destined to preside over the downfall of your dynasty. If you’re really unlucky, you have no heir, and you lose. Grappling with your character’s less desirable traits, managing your over-ambitious vassals and trying to make your heir a decent ruler is half the game; the other half is trying to defend against your neighbours and conquering new lands.

The core of the game is the characters and the stories that develop around them – for example, in my most recent game, I began as a one-province count in Wales, surrounded by intimidating duchies. After a hundred years in-game I had conquered my neighbours and was ruling a united Wales, eyeing the disorganised English kingdoms as my next targets – until disaster struck. 10,000 Norwegian Vikings landed on my shore, obliterated my army, and stole not only my kingdom but my duchy as well, relegating me to the lowly position of a count once again. Even worse, I was forced to bow to the Norwegian king as my liege lord. After another fifty years, I managed to claw my way back up to the rank of duke, beat Norway in an independence war, and restore my dynasty to its rightful place on the Welsh throne.

The more personal stories are just as good as the grander ones.  Several of my kings of Wales had the ‘Lunatic’ trait, leading to some strange decrees: I passed the Turnip Act (making turnips the official currency) and appointed a horse as my court physician.

Even without the ‘Lunatic’ trait, the options are wide: you can go on a crusade, join a cult, be mentally scarred by a harrowing battlefield experience, or even play chess against Death – all with the same character. I enjoy the small pleasure of giving my children stupid names, and there are few moments better than when your family members start copying you – a favourite of mine is King Whinger III, nicknamed ‘the Silent,’ or when one of my family members named their daughter after their ancestor, ‘Dogbreath’. NPCs constantly doing their own thing – from starting their own wars to inviting you to their board game nights – make the world feel alive, even after hundreds of hours playing.

One drawback of this game is the large amount of DLCs. If you wanted to buy all of them at full price you would be paying upwards of £200. Several of the DLCs cost more than I paid for the original game. This would be acceptable, but much of the game is locked behind a paywall – for example, individual DLCs are required to play as Pagan, Muslim, Indian or republic rulers, and there’s a £4 DLC to design your character at the start of the game.

However, the game is now free to play, and you don’t need the DLCs to enjoy it, so long as you’re content to play in Western Europe. I have three of the cheaper DLCs, all bought in a sale, and they do add some extra flavour to the game.

If you want a character-driven grand strategy game with near endless replay-ability, I say you can’t do much better than Crusader Kings 2.

Crusader Kings 3 was recently released, but I won’t be buying it. It is inevitably similar to CK2, with tweaked mechanics and slightly better graphics (there are only so many ways you can draw a map). If you want a character-driven grand strategy game with near endless replay-ability, I say you can’t do much better than Crusader Kings 2.