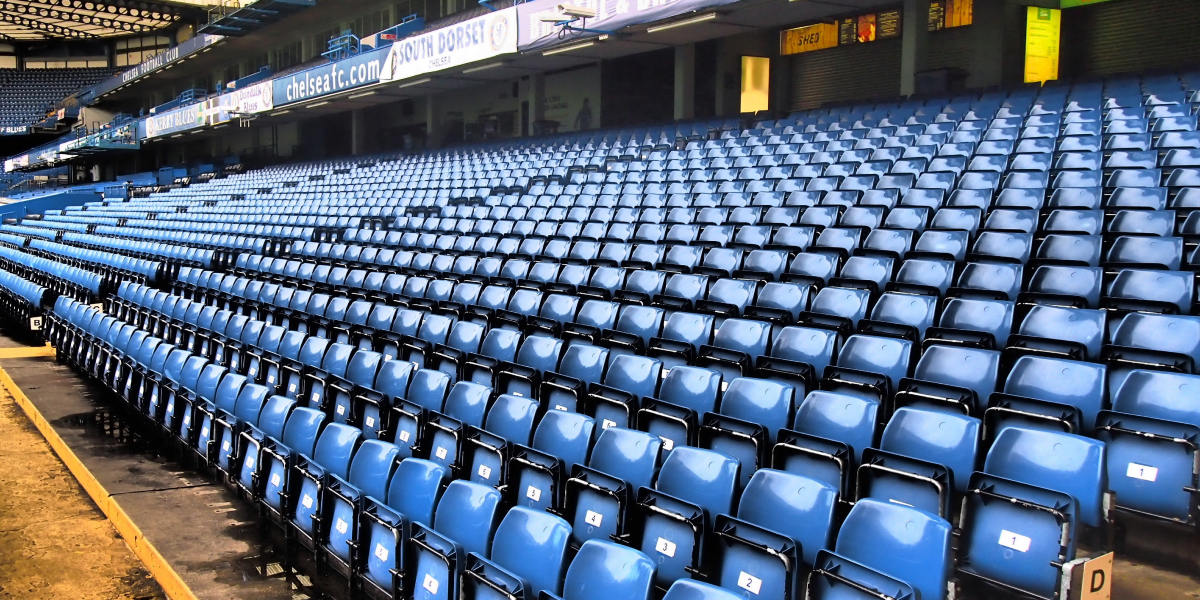 What Covid-19 has done to rugby, football and tennis

The Gallagher English Premiership returned in August after a five-month suspension with an accelerated schedule, bringing an additional dimension to squad selection. Since not every game could be played by every player, decisions had to be made about who should be rested, and for which games.

This was not the case for the top tier of English women’s rugby, the Tyrrells Premier 15s, which was declared void in March. Timing was deeply unfortunate for the women’s game in England: this year’s installment of the ‘Game Changer’ was set to be played between Harlequins Women and Wasps FC Ladies in mid-April. This would have followed the record attendance at a women’s club game of 4,837 at last year’s ‘Game Changer’, as well as record attendance of 10,974 at the Harlequins ground for England’s dominant 66-7 performance against Wales during this year’s 6 Nations.

Elsewhere in the world, Japan and France both cancelled their domestic leagues, with no promotion or relegation. The big Southern Hemisphere nations, however, restarted their season in a format restricted to domestic games only, with an immediacy reflecting their situation with respect to the pandemic. New Zealand was quickest off the mark, holding Super Rugby Aotearoa between June and August, and playing another installment of the ‘North vs South’ interisland match in September. Australia followed suit with their domestic league, Super Rugby AU, and finally South Africa are gearing up to play Super Rugby Unlocked throughout October and November.

Rugby League in the UK is not unaffected – as with the Gallagher Premiership, the Betfred Super League restarted in August, and faces a congested remainder of the season and a provisional late finish in November, leading to a later start for the 2021 season. However, the season had to finish with one fewer competitor than it had when it started: due to financial pressures resulting from the coronavirus, the Toronto Wolfpack were forced to withdraw from the league in July. Internationally, the Rugby League World Cup currently remains unchanged, starting in October 2021 for the men’s, women’s and wheelchair competitions.

For the women, all eyes now look to 2021, as the Olympic Rugby Sevens and the Rugby World Cup 2021 will take place just a couple of months apart for those players looking to compete in both

The remaining legs of the HSBC World Rugby Sevens Series 2020 in Langford, London, Paris, Singapore and Hong Kong have all been cancelled, the first time in 45 years that the famous Hong Kong Sevens will be missed. The table-topping New Zealand All Blacks and Black Ferns were crowned champions of both the men’s and women’s competitions. For the women, all eyes now look to 2021, as the Olympic Rugby Sevens and the Rugby World Cup 2021 will take place just a couple of months apart for those players looking to compete in both. As it stands, the British and Irish Lions’ tour to South Africa and the Rugby World Cup 2021 in New Zealand are set to go ahead as planned. Rugby World Cup 2021 will be the first women’s Rugby World Cup held in the Southern Hemisphere, and it will be the first officially to lose its old gender denomination as the Women’s Rugby World Cup.

Domestic football leagues were cancelled postponed all across the world, with teams across every continent severely affected. For all you trivia buffs out there, here’s one for your next Zoom quiz: by the end of May, there were only three known top flight national football leagues still in operation: the Ýokary Liga in Turkmenistan, the Belarusian Premier League, and the Liga Primera de Nicaragua. Nevertheless, broadly the premier competitions in Africa, Asia and Europe have all been either postponed or played behind closed doors rather than being cancelled altogether.

By the end of May, there were only three known top flight national football leagues still in operation: the Ýokary Liga in Turkmenistan, the Belarusian Premier League, and the Liga Primera de Nicaragua.

In England, the FA announced in March that both the Premier League and the Barclay’s FA Women’s Super League would be suspended with immediate effect until at least April, until the Premier League restarted in June behind closed doors. When Liverpool were declared champions, their first since title in the Premier League era, they picked up the unusual accolade of being simultaneously winning the league earlier than any other team by number of games played (they had seven games remaining), while also being the latest team to win according to the calendar, being the first team ever to take the title as late as June. Sadly, after further postponement the Barclay’s FA Women’s Super League season was prematurely ended in late May.

Internationally, the UEFA EURO 2020 competition has had to be postponed until June and July 2021. The tournament will still be known as UEFA EURO 2020, retaining the year that celebrates the 60thanniversary of the tournament’s inception. The Women’s UEFA EURO 2021, set to be held in England next year, has been postponed to July 2022 with a view to avoiding what will be a very dense summer of sport. This makes for an exciting international summer of football in 2022, with the Women’s UEFA EURO tournament taking place alongside the 2022 World Cup in Qatar.

The only Major tournament to be cancelled as a result of the coronavirus pandemic was Wimbledon, for the only time in its illustrious history outside of the world wars. Nevertheless, the Wimbledon championship cashed in on what has turned out to be a shrewd investment in pandemic insurance: following the SARS outbreak, Wimbledon updated their insurance policy in 2003 to include a virus-related clause, and have been paying around £1.5 million every year in pandemic insurance. Having paid in roughly £25.5 million in the seventeen years since then, the SW19 Grand Slam is in line for a payout estimated to be £114 million following the cancellation of the tournament. Although Wimbledon will make a net loss for having had to cancel, this will doubtless raise interesting questions for other sporting bodies surrounding the efficacy of investment in pandemic insurance.

For the first time in the 143 year history of Grand Slam tennis, the US Open was played without spectators, and was organised under the gaze of the governments of the state and city of New York. For example, the number one doubles pair of Timea Babos and Kristina Mladenovic was forced to withdraw from the tournament when the state of New York overruled the New York City government, ruling that contact with a confirmed case of Covid-19 was sufficient to withdraw them from the competition in the absence of a positive result themselves.

For the first time in the Open Era, a Grand Slam was postponed instead of cancelled, and in this case the French Open was delayed from the usual May-June slot for the first time since the 1947 Championship.

It was Roland Garros that undoubtedly caused the greatest splash. For the first time in the Open Era, a Grand Slam was postponed instead of cancelled, and in this case the French Open was delayed from the usual May-June slot for the first time since the 1947 Championship. After its initial reschedule for just one week after the end of the US Open, Roland Garros was put back a week. Nevertheless, the Laver Cup clashed with the initial dates of the French Open and had to be postponed until next year. The tournament’s new date has raised questions about the practicality of the transition for the players between the hard court and clay court, in what is usually the hard court season that concludes the year with the US Open and reopens the next year with the Australian major.

Tennis has produced one of the bigger sporting scandals of the year. World number one Novak Djokovic organised and played in the Adria exhibition tour, intended to be hosted in the Balkans throughout June and July. After winning the first leg of this competition in Belgrade, Djokovic and others, including Grigor Dimitrov and the US Open finalists Dominic Thiem and Alexander Zverev, were seen out in a local nightclub. The curtain came down when Dimitrov, on return to his home in Monaco, announced on social media that he had tested positive for Covid-19. This was just moments before the final of the second leg was set to take place in Zadar, with spectators already in their seats. Dimitrov’s last opponent Borna Ćorić then returned a positive test the following day, and he was shortly followed by Viktor Troicki and Novak Djokovic.