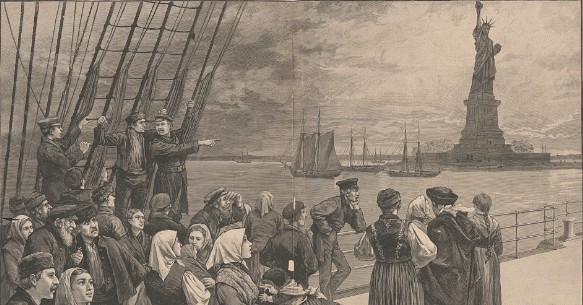 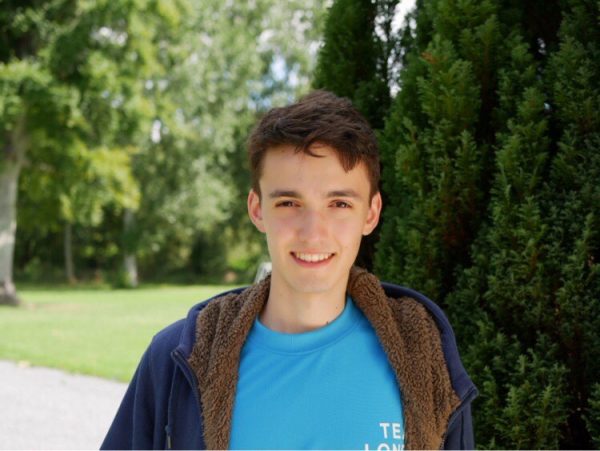 Image description: A drawing of the Statue of Liberty and some people arriving to America by boat.

The liberalism I’m interested in isn’t the conventional, American sense of ‘liberal’ – but the older and classical variety. It’s the liberalism that warns against the excesses of state authority and champions civil liberties, constitutionalism and the rule of law. Some call it ‘classical liberalism’, others ‘libertarianism’, ‘neoliberalism’, ‘ordoliberalism’, or any one of a broad range of other labels.

In the Anglosphere, this liberalism can be traced from John Locke through Adam Smith and John Stuart Mill to Friedrich Hayek and his followers. In its account of history, the defining events are the four revolutions which liberals championed – the English, Industrial, French and American – and the fifth about which they say they were later proved right – the Russian.

Until the early 20th century, when it was supplanted by socialism, liberalism joined conservatism as one of the West’s two dominant political ideologies. Since then, liberals have navigated an awkward ideological space. In party politics, by and large, they have enjoyed no established home of their own, scattered across the spectrum from social democratic and centre-left parties to Christian democratic and conservative ones.

In the Anglo-Saxon world, the Cold War forged a marriage of convenience between liberals and conservatives, united in their opposition to communism. This marriage was consummated with the elections of Margaret Thatcher and Ronald Reagan in Britain and the United States, two leaders influenced by economic liberalism, who helped to bring the downfall of the Soviet Union. Both by its detractors and opponents, the fall of the Berlin Wall was heralded as a triumph for liberalism, notwithstanding the broad political coalition that opposed Soviet communism.

But the euphoria of 1989 has left liberalism in something of a comatose state. Ever since, liberals have struggled to make a mark for themselves, especially in contrast to their conservative bedfellows. That liberalism is so often mistaken as the world’s hegemonic creed – and blamed for its shortcomings – is testimony to how liberals have struggled to promote their cause.

At worst, liberals have not only failed to combat, but have laid the seeds for, the populist authoritarianism that has gripped the Western world in the last half-decade. Anne Applebaum’s latest book, The Twilight of Democracy, bemoans how liberal élites who brought down the Soviet Union have rushed to support illiberal governments, especially in Poland and Hungary.

Applebaum has a point: just look at the state of liberty today in supposedly freedom-loving America, under the supposedly freedom-loving Republicans. Besides, many prominent alt-right and neoconservative activists started as libertarians. Many liberals reject the state not out of concern for anyone’s freedom or prosperity, but because they perceive the state as a vehicle of social liberalism that has infringed on their rights to discriminate and harbour their prejudices. Unsurprisingly, the labels ‘classical liberal’ and ‘libertarian’ have in many circles been debased to common currency for pseudofascism.

In 2020, nothing brought this out more than the response to the death of George Floyd and the resulting protests. As debates about cancel culture and statues grew, too many liberals were far more interested in defending colonial statues and free speech than they were interested in facing up to society’s systemic injustices. Rather than acknowledge widespread prejudices and furnish liberal solutions to them, they were far more preoccupied in dismissing activist groups as ‘Marxist’ or ‘anarchist’.

Moreover, liberalism is predicated on the moral equality of all persons. This demands that the law and its enforcement be blind to gender, race, sexuality, and so forth: everyone should be treated equally under the rule of law. Needless to say, in 2020 the law and its enforcement still discriminate against a great many minorities. Liberals should be fighting to change that, not throwing their lot into culture wars.

So liberalism today is hungover – and this is liberalism’s headache. Liberals today are quicker to cite Edmund Burke than they are Mary Wollstonecraft. When it comes to passionate defences of free speech, they keenly invoke John Stuart Mill – but choose to ignore his cries for toleration and acceptance of those living different lifestyles. They can be hyper-individualistic and super-dogmatic, and liberals all too often lose sight of the political priorities that should matter most, least of all our concern for society’s poorest and most vulnerable. In the mistaken view that the world today is liberal, they often find themselves excusing – and defending – some of its gravest injustices.

This is still too rosy a painting of liberalism. It is blemished by its historical prejudices. The liberal canon is overwhelmingly white, male and English-speaking. The history that liberals retell themselves about their predecessors is too closely tied to the foundation of the modern British state and the American genesis story – and overlooks the wrongs committed in both. Many liberals were slave-traders or imperialists, Mill himself included. He might have revelled in how liberals have repeatedly resorted to abusive authoritarianism, most infamously in General Augusto Pinochet’s Chile.

Yet I think the principles of liberalism have something to say to the modern world. Dictatorships and autocracies still scatter the globe, depriving billions of people of their basic rights. Continents remain plagued by corrupt and underdeveloped institutions, their citizens ensnared by oppressive international borders. Instead of peace, the institutions of the state are continually mobilised to bring peoples into conflict, war and genocide.

Meanwhile, in the West, authoritarian social mores still form the basis for policies that divide communities and sow hate and oppression. Well-intentioned government interventions continue to suppress opportunities for the poor. Real political power remains far removed from citizens, locked away in the hallways of intransigent establishments.

And even if liberals are sometimes the most fervent fans of free enterprise, they should still have much to criticise about today’s capitalism, rigged as it is in corporate interests and predicated on misattributed allocations of property rights, with all its implications for our wounded planet.

The lens through which liberals analyse political institutions, and their conclusions on matters from fundamental rights to the limits of government, still have much to contribute to political debate. These insights could help to lift the prospects for the world’s many poor, oppressed and forgotten. Many of these insights can also be happily married to the contributions of socialism, conservatism, and other political ideologies.

The tricky task is to sieve through liberalism’s good and bad parts, and rescue its principles – sometimes from liberals themselves. These are just some of the themes I hope to explore in my columns over the coming weeks.