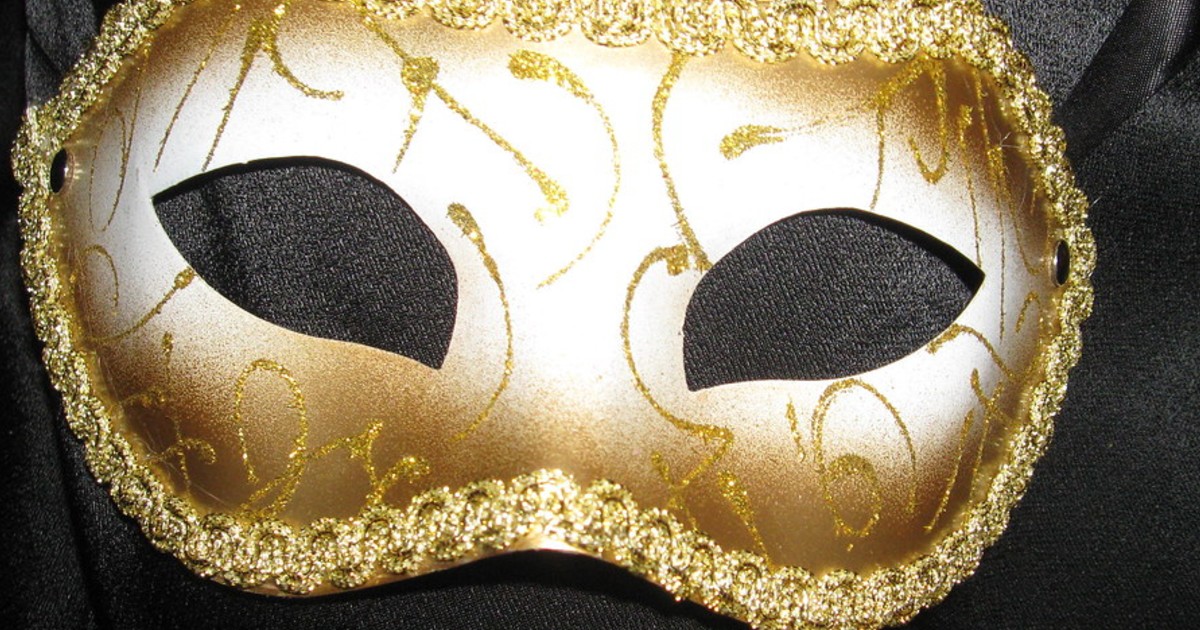 The mysterious and impenetrable dressings of both internal and external experience provide the theme for Maskwork, a haunting new collection of poetry by Gregory Leadbetter (Professor of Poetry at Birmingham City University). Bewitching descriptions of masks – in the likeness of seraphs, witches, even devilfish – appear throughout. Some are worn by revered members of the Gothic troupe: a night-wandering fiddler, a metaphysician, an unearthed poppet with ‘unstitched eyes/whose loose threads look into mine’. When human-made masks are not at-hand, Leadbetter’s speakers perceive others in nature: the bark of a lime tree is ‘the mask of a moth’, wounds in an apple tree harbor ‘eyes of mouths too old to speak’, and bodies are scattered and reformed through ‘the mouths of the wind’.

When human-made masks are not at-hand, Leadbetter’s speakers perceive others in nature

Even the light falling upon and between Leadbetter’s images may be worn ‘like a mark’. Nature often returns the speaker’s gaze. The bud of a foxglove opens towards its viewer, observing humanity ‘like those who watch from the far side of the speed of light/who see our sun as a star’. The natural is as mysterious to us as we are to it, and this shadow dance is played out in somatic encounters with landscape, as when a woodland walker senses the indulgence of trees that let his body ‘slip like a finger/through their silent folds’.

If of all this sounds rather unusual, good. There are no unequivocal points in Maskwork. The poems throw a wrench into reality’s gears. Straddling a debatable border between terror and awe, they encourage us to accept and rejoice in the unfathomable strangeness of human experience.

If of all this sounds rather unusual, good. There are no unequivocal points in Maskwork. The poems throw a wrench into reality’s gears.

While masks and mask-metaphors are evoked with descriptive virtuosity on every page (the collection’s arresting cover photograph is of a Mesolithic red-deer frontlet discovered at Star Carr), the most frequent visage in Maskwork is poetry itself. The collection explores how the screen of language filters both real and unreal experiences, providing a thin and all-too-permeable barrier between reality and imagination. This uncanny cocktail of grammar and grimoire is the basis for Leadbetter’s ‘Gramarye’, shortlisted for the 2020 Montreal International Poetry Prize, which begins:

I want speech that makes my skin

more than the book I have made

that leans from the air

The collection explores how the screen of language filters both real and unreal experiences, providing a thin and all-too-permeable barrier between reality and imagination.

Language functions here not as a vehicle for expression but as the full embodiment of potential experience; it is the actual maker of lived truth (‘the spell/that makes you a fiction, howbeit real.’). As such, the misuse of language may result in any number of difficulties. A moment of communion with a woodland creature risks abrupt termination should the speaker utter this animal’s ‘true name’. In ‘Transhumanist Glitch’, Leadbetter wittily traces the insufficiencies of our impending digitization back to a simple linguistic error: the way we misidentified parts of ourselves with ‘software’ (‘for the dark energy of thought’) and ‘hardware’ (‘for flesh still growing from its root’). The consequences of programming oneself according to dubious clichés are not insignificant: ‘Bad metaphors breed bad science.’

But when wielded correctly, language allows us to re-weird modernity’s drab fabric, permitting access to mental states ‘older than fear or pleasure’. It will not surprise readers that Leadbetter is a widely-published expert on the English Romantics. He shares Samuel Coleridge’s fascination for the ability of words to transmit ‘a power and an implicit wisdom deeper than Consciousness’. Romanticism’s preoccupation with love and death is a recurring motif in this collection, often sluiced through the weird alchemy of nature’s many masks. But Leadbetter is not a unidimensional Neo-romantic. His work has as much in common with more contemporary voices, and consumers of American surrealists like James Wright or John Haines will find much to admire in Maskwork.

In the philosophic ambition of its unifying theme, however, it is Wallace Stevens who, along with Coleridge, springs foremost to mind in this compelling collection. Leadbetter shares with Stevens a desire to escape ‘the malady of the quotidian’, offering poetry as a post-religious means to resurrect and codify profound spiritual experiences within a purely secular context (what Leadbetter calls ‘an ecstasy older than Christendom’). This is not an abstract thought-experiment submitted only to the elect. It is a cathartic leap of perception available to all who embrace Leadbetter’s paradoxical union of an ‘enhanced sleep’ with a ‘wakefulness that will make the new human’.

It is a cathartic leap of perception available to all who embrace Leadbetter’s paradoxical union of an ‘enhanced sleep’ with a ‘wakefulness that will make the new human’.

This transformative magic is the subject of Maskwork’s crown jewel, ‘Consistori del Gai Saber’. Named after a poetic academy established in Toulouse in 1323, this poem exudes the hypnotic force of an enormous truth distilled. The speaker communes with reverberations of the dead (‘What else is a word/but a ghost sent feeling its way,/the centuries passed on your breath?’) to proclaim an ecstatic weirdness that is as infinite and eternal as Blake’s world of imagination. This is an important poem: a cosmopolitan vision of how poetry can reach across spatial and temporal borders to enrich the imaginative and sensual capacity of all people.

Maskwork‘s appeal for a renewed imaginative empathy is timely for an increasingly fractured and faithless culture. Leadbetter makes this clear in his more politically topical selections where language’s mask remains the guiding principle. ‘Europa’, composed symbolically on 24 June 2016, describes the disorientation of an ‘estranged’ island people. Brexit’s political rift has generated a corresponding rupture in language and in the sureness of identity that language sustains. An eerie disconnect exists between ‘faces’ and the ‘figures behind’ them. People feel ‘spoken of’ rather than physically realized, and there is turbulence between inner speech and air-borne noises that blow across ‘our siren islands’. The drift of language from elsewhere is considered part of the solution to this national crisis, and the island inhabitants hurry to the sea to see a child wash ashore from a capsized boat, bringing with her the replenishing ‘gift of tongues’.

Maskwork‘s appeal for a renewed imaginative empathy is timely for an increasingly fractured and faithless culture.

It is the artistry and persistence of Leadbetter’s mask-metaphor which allows Maskwork to navigate such a variety of material while maintaining a unified feel. Dipping variously into Gothicism, surrealism, the uncanny, and much else, Leadbetter consistently confronts a single philosophical proposition head-on: the paradox of how the things we often suppose to be most personal and most familiar – landscapes, self, routine, sex, love – are in fact the most unfathomable. The nearest things are also the most distant, perhaps necessarily so. And yet, as Leadbetter’s poems affirm, these absences constitute a kind of indispensable presence. The masks we make and wear are themselves sentient beings:

Only when my life has done its work

and the mask knows more than I could say

without its visage – then

I take it off. It wears my voice:

In this extraordinary collection, Leadbetter offers his readers such a mask to wear. Try it. Put it on. Let the mask speak.

Image Credit: poropitia outside the box via Creative Commons