Image description: A grey circle on a yellow background, with the words ‘Never acceptable’ in white in the middle of the circle. The word ‘Never’ is scribbled out in red. 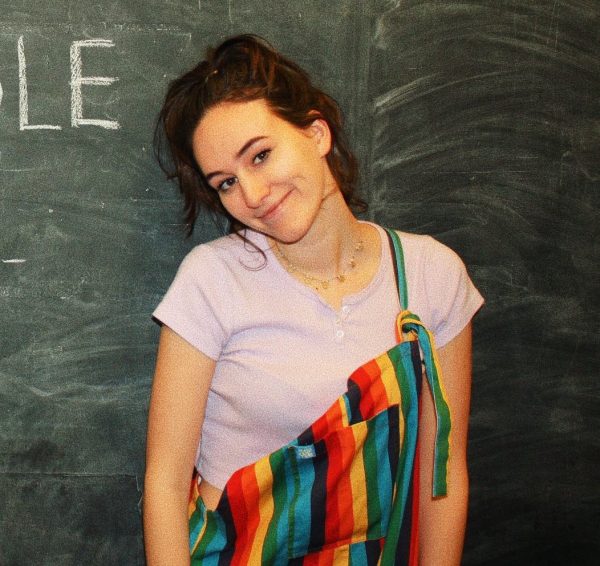 Amid the headlines about Miss Rona’s reign of terror, another compelling tale of poor political decision-making took centre stage this summer. The Sunday Times broke a story in early August outlining the fallout of a former parliamentary employee in her twenties accusing a Conservative MP of rape, sexual assault and coercive control.

The events allegedly took place over the course of a relationship last year, and the complainant claims she was left so traumatised that she was hospitalised. She reported him to the police and his arrest swiftly followed. He is now being investigated by the Met Central Specialist Crime Complex Case Team, and will be out on bail until mid-November.

An obvious question arose immediately. How would the Conservative Party respond to this turn of events? The Sunday Times wrote that a fellow Conservative MP had brought the complaints to Mark Spencer, the chief whip, a month before the police report took place. The complainant also spoke to Mark Spencer directly. It is understood that Spencer did not believe a sexual assault was reported to him, though he acknowledges abusive behaviour and threats were, and subsequently, the MP was not suspended.

The Party released a public statement that the chief whip takes all allegations extremely seriously and strongly encourages anyone who approached him to contact the appropriate authorities, including Parliamentary Independent Complaints and Grievance Scheme. This suggests the ‘problem’ was simply passed along.

When the alleged victim did make a complaint to the Parliamentary Independent Complaints and Grievance Scheme, the MP was not suspended. When she reached the decision to escalate her complaint to the police, the Conservative Party’s response was that it would be inappropriate for them to comment, and inappropriate for them to act. The MP was, once again, not suspended.

Through their inaction, the Tories have decided the ‘appropriate’ response is to allow an alleged rapist to remain in a public role until the police investigation has been concluded. This is a role which involves representing and communicating with constituents and issuing orders to the young women in his workplace. The only action they will take is to accept his agreement not to attend Parliament, instead working from home come the end of the recess in September.

Through their inaction, the Tories have decided the ‘appropriate’ response is to allow an alleged rapist to remain in a public role until the police investigation has been concluded.

This accusation became public just days after Charlie Elphicke, former Conservative Party whip, was convicted of sexual assault. He was found guilty of three separate charges of sexual assault, occurring between 2007 and 2016. One incident saw him force himself onto a woman whilst chanting ‘I’m a naughty Tory’.

2017 saw a slew of sexual harassment and assault allegations against men across the political spectrum, in the wake of the monumental #MeToo movement. A spreadsheet alleging various sexual improprieties of Conservative MPs detailed complaints against 36 individuals, apparently compiled by the aides working for them.

It is unclear how reliable this evidence was, with the BBC’s political editor noting that there is no way of knowing how much of it is true. Evidence would suggest however, that the case at hand is not an isolated incident. Notably, Elphicke had the whip removed immediately after he was accused.

It is frankly unfathomable that the Conservative Party has not suspended this MP in the midst of the investigation against him. The shadow minister for domestic violence and safeguarding, Jess Phillips, told Times Radio that ‘in any other organisation, were this police investigation going on, somebody would be suspended while the investigation was taking place’. The given explanation given seems to suggest the Tories do not want to assume this man’s guilt, an admirable intention in a legal system rooted in the rule that one is innocent until proven guilty.

However, it must be emphasised that suspension in a workplace is a neutral act. More importantly, it is an act to be expected when a person is being investigated for a serious criminal offence, particular where their line of work is public or particularly sensitive. A police officer being investigated for a crime would certainly be suspended in the meantime. A staff member in a hospital or a school would certainly face suspension, if accused of rape, until the case was resolved.

The decision to allow this man to continue in his role as an MP has been perceived as special treatment afforded on the basis of his position. The Labour Party described the decision as ‘shocking’. The accuser shared that she was devastated by it.

However, it must be emphasised that suspension in a workplace is a neutral act. More importantly, it is an act to be expected when a person is being investigated for a serious criminal offence, particular where their line of work is public or particularly sensitive.

A representative for Trade Union Side has highlighted that the failure to suspend the MP risks the welfare of staff, and undermines confidence that allegations will be handled appropriately, risking Parliament’s duty of care as an employer. Parliament responded by emphasising its commitment to ensuring the safety of their staff.

The fundamental flaws in how this case has been handled are rooted in the lack of a set procedure to be implemented when accusations of sexual abuse occur. It would be easy to blame this on incompetence. However, it could also be explained by a culture that sees sexual violence, especially against women, as a fact of life in institutions all over the world.

The lack of an efficient procedure in itself, especially following the flood of allegations in 2017, demonstrates a disinterest in creating a system which serves victims and is dedicated, at heart, to preventing sexual abuse. The fact that measures to mitigate damage have been made at the accused’s convenience hints at where the priorities of the party are.

What’s more, it seems extraordinarily unlikely that in the context of any other similarly serious crime, the same actions, or lack thereof, would be taken. A man accused of committing grievous bodily harm, or theft, or abuse of anybody but a woman he is sleeping with, would surely be suspended from public office while investigations took place?

This stance has significant parallels with our University’s stance on sexual violence, a disturbing thought considering the number of politicians who once studied here. At most colleges, the policy on sexual violence is far from clear and coherent. Investigations and disciplinary action often takes terms to come to fruition, and in the meantime, the first port of call is a ‘No Contact Agreement’.

Such agreements are deliberately equally burdensome on both parties, requiring both the accused and the accuser to agree to certain restrictions as to where they can go. For instance, students may be banned from each other’s colleges and faculties. If in the same college, they may be banned from certain areas on certain days.

While effective in ensuring victims can minimise contact with their abusers, obvious problems arise in the fairness of the aggrieved party having to substantially change their life in order to do so, while waiting, sometimes indefinitely, for an investigation to take place. It is rarely even suggested that a person accused of sexual assault or rape on a college campus should be suspended while investigations take place.

This is confusing considering the nature of a college’s duty of care over its students. As parties are often in the same colleges, the competing duty of care seems to leave colleges at a loss about how to proceed fairly. Yet, sexual violence in universities and in the wider world is almost entirely committed by repeat offenders, rendering such inaction unethical. A duty of care to your student body, and continual abstract assertions of ‘zero tolerance’ and a ‘commitment to safety of students’ should surely constitute the mitigation of the risk of rape.

Sexual violence in universities and in the wider world is almost entirely committed by repeat offenders, rendering such inaction unethical.

Removing accused rapists from student-filled campuses while investigations are underway is a policy that should be employed. The culture of our university, and the culture of the wider world, should not attempt to minimise sexual violence to a non-issue, or suggest that life carries on as normal.

The reality is that sexual violence does disrupt lives. Suggesting it should not, whether in Parliament or the Proctor’s Office, fails survivors.