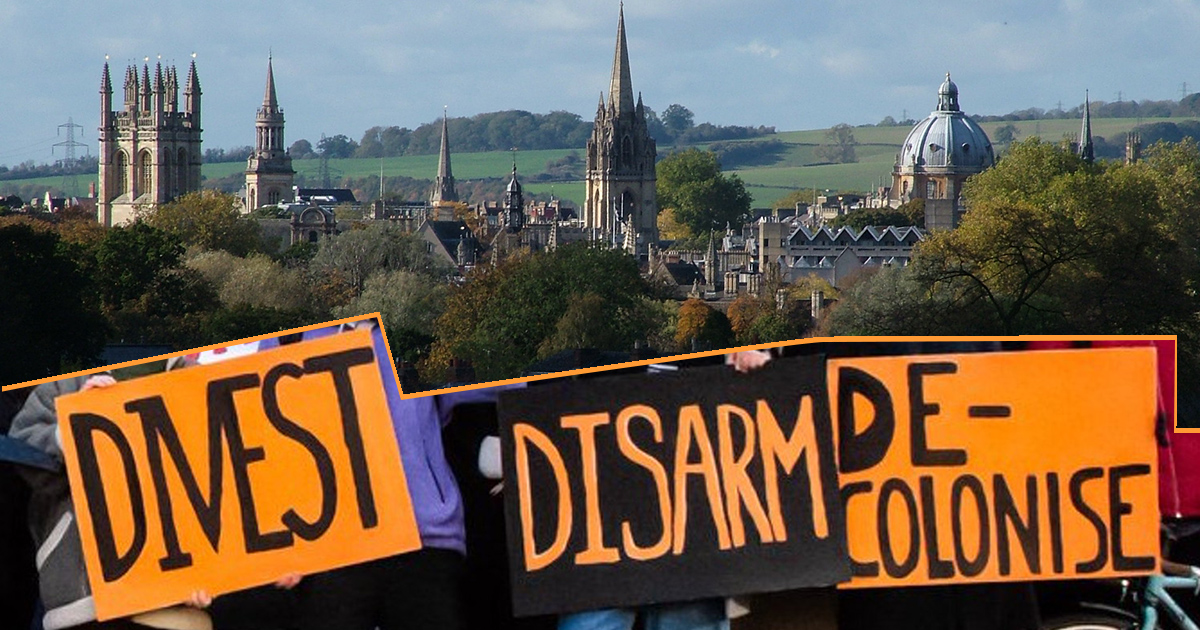 Since Tuesday, students have been busy protesting the Careers Fair’s hosting of arms and fossil fuels companies. The Oxford Careers Service’s Virtual Science, Engineering, and Technology Fair hosted companies involved in continued and increased oil extraction and exploration including BP, Equinor, and Schulumberger.

The arms industry was represented by Defence Science and Technology Laboratory, GMV, and Frazer-Nash Consultancy. Further concerns were represented by the presence of Huawei, since the company has been implicated in the genocide of Uyghur Muslims in China.

In response to concerns, the Careers Service sent an email explaining that they offer “an impartial service which allows students to make informed choices about their futures through access to employers and professional networks”.

Disarm Oxford felt this was undermined by the fact that the careers service employs a sanction on tobacco companies. They also felt this response was discordant with previous commitments Oxford has made to divest from fossil fuels and suspend all partnerships with Huawei.

In a second response, the Careers Service stated that they would invite “any legitimate business”. Disarm Oxford claim that this legitimises extremely problematic companies – GMV plays a role in selling arms to Saudi Arabia, which has been ruled unlawful by UK courts.

The Careers Service also emphasised its commitment to sustainability and ensuring students make ethically informed decisions. In response, OCJC and Disarm Oxford reaffirmed their support of this move but suggested that this “was deemed a positive first step that ought to be followed by more decisive action”.

One anonymous campaigner said that these decisions “cannot in conscience be described as apolitical or impartial.” Dane Rogers, an alumnus of OCJC and Disarm Oxford, expressed disappointment that companies were present that “have spent decades repeatedly failing to eliminate child slavery from their supply chains.”

“In situations of injustice we cannot be neutral and appeal to personal choice as a viable ethical principle – and as highly privileged people we have a moral responsibility to use our talents to advance human rights and fight against injustice, rather than profiting from it.”