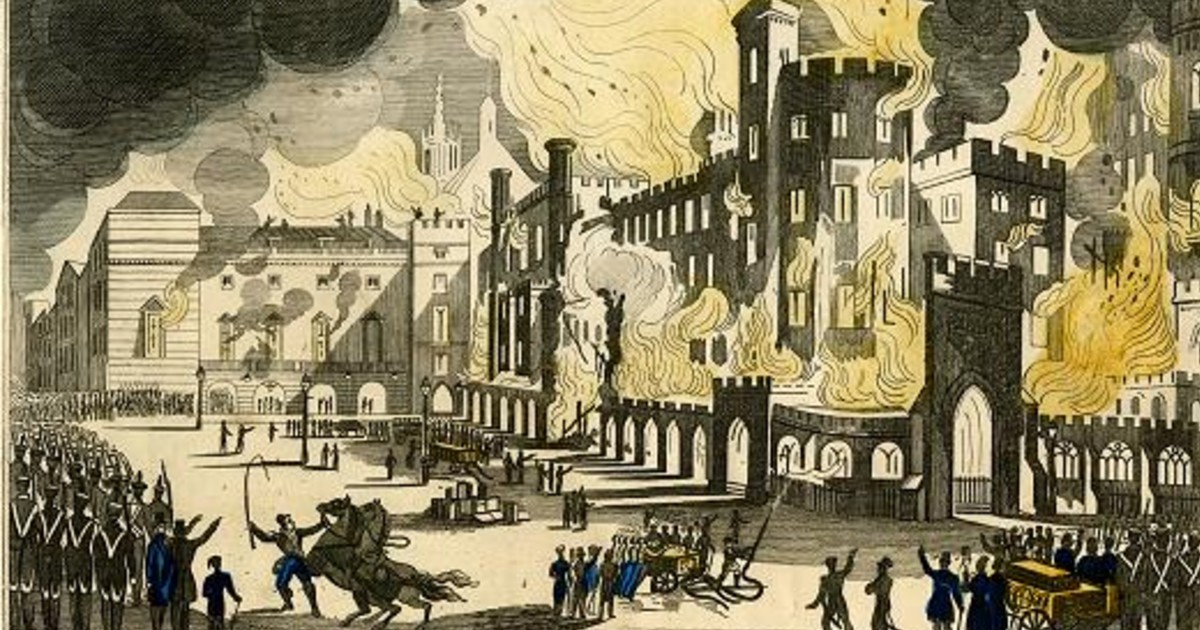 The scarcity of politics

Image description: Old drawing of British House of Commons engulfed by flames in the fire of 1834

Sowell went on to say that he meant government interventions often lead to worse outcomes than the problems they were introduced to fix.

But political activists – of all ideological stripes – seldom acknowledge this. They rarely stop to ask which causes matter and why. Nor do they stop to ask themselves what else they could be doing with their time. In turn, they sometimes lose sight of why they’re in politics, with momentous implications for the workings of our political system.

For example, in a recent article, I warned that beef ban campaigns at British universities threaten to distract climate campaigners from more effective policies to reduce our emissions.

For sure, livestock supply chains account for 14.5% of global anthropogenic emissions, so reducing your meat consumption is a very noble choice to make for the planet. But instead of lobbying universities to stop selling beef – an unpopular proposal among students – campaigns to reduce flights would be far more effective. After all, one study found that you would save more emissions by foregoing an economy-class return flight between London and Athens than by going vegan for a year.

So beef ban campaigns threaten to misdirect the precious political resources of climate campaigners into unpopular policies that are unlikely to reduce emissions significantly. Worse, they could lead to a false complacency that going meat-free is the most effective way of saving the planet, reducing public and political support for more effective policies to tackle climate change. Yet we find concerted, prolific campaigns to ban beef across British campuses, but not so many demands to reduce the vast sums that universities spend on flights.

Extrapolate this phenomenon to many issues, multiply it by many campaigners, work it up from the grassroots, and the effect becomes quite staggering.

If the past four years of topsy-turvy British politics should teach us anything, it is that that this is an endemic problem, both on the Left and the Right. Theresa May’s premiership almost completely concentrated on Britain’s withdrawal from the European Union. Once she lost her majority, the whole machinery of government fell into a state of paralysis. More immediate crises in housing and social care were left abandoned by the wayside with no hope for reform.

The gridlock squandered three years of government. Even the staunchest Tories began to feel frustrated that after a decade in power, there was not all that much to show for it.

Amid the impasse, it had to be asked: putting aside the question of Remain or Leave, is Brexit really so important that all our political energies should be expended towards fighting for or against it? Depending on your political persuasion, it was tempting to conclude that it would be better just to scrap the whole thing – or just to get on with it already – so that we could move onto tackling more important concerns.

That political activists struggle to acknowledge the scarcity of politics is not unknown to savvy electoral strategists. Indeed, it was arguably a major plank of the successful Conservative campaign in 2019. When the party changed its Twitter name to ‘factcheckUK’ during a televised debate, the subsequent two-day media furore effectively drowned out the launch of the Liberal Democrat manifesto. Political activists, subsumed by the latest offerings of the campaign trail news, fell hook, line and sinker for the distraction.

The difficulty is that politics generates a lot of ephemeral noise: news stories that hardly matter, won’t change opinions, and will probably be forgotten about tomorrow, much like the ‘factcheckUK’ row. Yet these are the issues that galvanise political activists. Subsumed with the day-to-day cut and thrust of current affairs, they struggle to see the bigger picture and filter out which stories and headlines should not matter. As a result, they can inadvertently distract attention from the more worthwhile causes that they support.

How different could our politics be if we all acknowledged the scarcity of politics – if voters, political activists and politicians regularly paused to reflect on which issues we should care about most, and why, and prioritise those issues?

How different could our politics be if we all acknowledged the scarcity of politics?

Imagine if we could even reach an agreement on what those issues should be, even if we might still disagree on how best to tackle them. Perhaps our political system would work much more effectively – especially for those that most depend on the hope of political change.

While all political campaigners could benefit from such introspection, I suspect that liberal-minded activists particularly could. In my previous column, I proposed that the liberal tradition could offer some exciting suggestions on some of our generation’s defining challenges such as global poverty, global warming and racial injustice.

Something, then, has gone awry when today’s liberals hardly ever talk about these topics – and instead focus their energies on controversies like gun laws, free speech, and the culture wars. More recently, many liberals have devoted themselves to anti-lockdown campaigns, arguing that the restrictions are unacceptable transgressions of their civil liberties.

It is not that I necessarily disagree with liberals on all these matters, though I do on many. I just do not think that these issues are the be-all and end-all. When liberalism could have so many more interesting things to say of so much more consequence, it seems a pity that this is where its energies are expended today. Its advocates appear to be guided by steadfast dogma rather than realpolitik. They seem to lose sight of what the ultimate point of politics should be.

So what exactly should the ultimate point of politics be? That is an exciting question, and one best answered elsewhere.