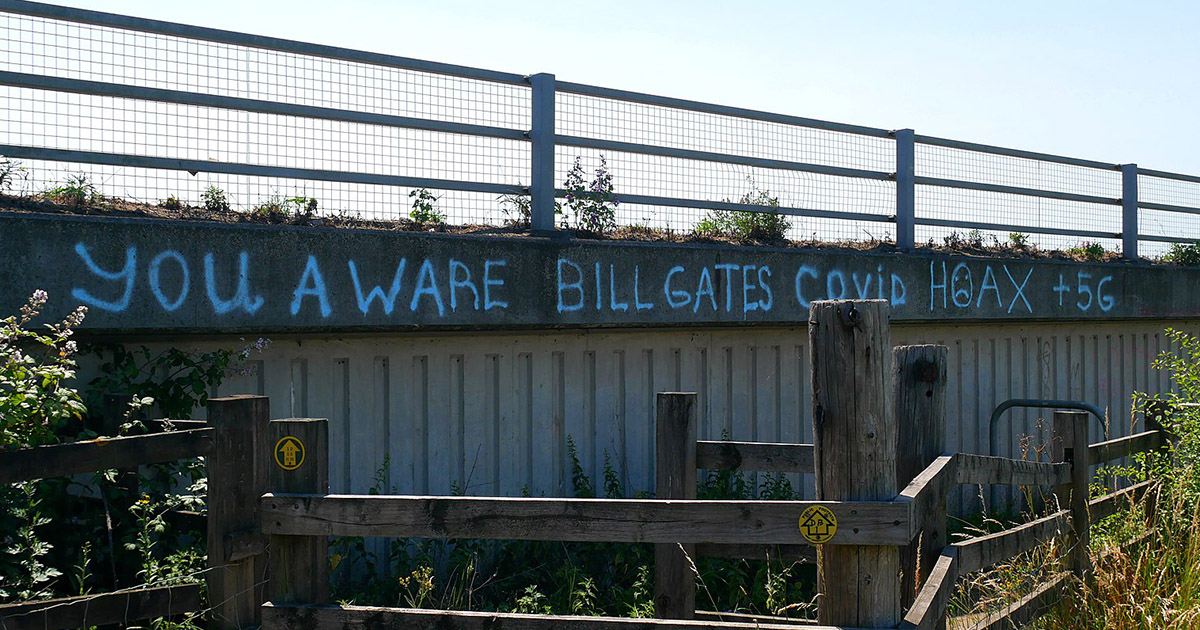 Fake news is nothing new – there have always been flat earthers, anti-vaxxers and climate change deniers. But with the COVID-19 pandemic, fake news can turn from something we meme and joke about to something that tangibly harms people’s lives.

There are three main pernicious impacts of fake news – a) it can spread disinformation and causes risky actions; b) it can spread fear and paranoia, adding to the stress people face; and c) it can create complacency and the lax adherence to rules.

Firstly, fake news causes disinformation and dangerous actions. A good example would be Trump’s notorious proclamation that injecting disinfectant or just shining a UV light could help kill the virus. Some Americans have actually drunk bleach and been hospitalised after such a statement from their President. Fox News has also had inconsistent views on face masks and supported protests against lockdown rules. Even though this was not technically fake news, it caused significant harm and encouraged people to not wear masks and to flout social distancing rules.

Secondly, fake news can create fear and paranoia. A Russian disinformation campaign has recently been launched to discredit the Oxford COVID-19 vaccine, claiming it will “turn people into monkeys” due to its use of a chimpanzee virus. By doing so, they hope to encourage more individuals to take the Russia-developed vaccine instead of other ones. But this leads to individuals being irrationally scared of and unwilling to take the Oxford vaccine when it eventually comes out, potentially sparking a public health crisis. The fear and paranoia caused also creates additional stress, which is greatly harmful due to the mental health problems already faced by many.

Complacency can cause rules to be relaxed, contributing to the virus’s spread.

Thirdly, fake news can create complacency. China covered up the existence of the virus briefly when it was first discovered, preventing precautionary actions that could have been taken earlier. Other fake news includes downplaying the severity of COVID-19, or manipulating numbers so they look lower than they actually are. This complacency can cause rules to be relaxed, contributing to the virus’s spread.

Despite these sobering examples, there are multiple ways we can stop the proliferation of such fake news. Three solutions could be particularly effective – a) encouraging fact-checking websites; b) punishing magazines or media that spread fake news; and c) a compulsory course on fake news in schools.

Firstly, more independent fact-checking organisations could help with fake news. There are currently already some such websites, such as those for American presidential debates, or like those for Instagram (even though those were problematic and deemed some correct news false). Legitimate news publications could make use of these organisations, and social media like Facebook and Whatsapp can also provide a disclaimer for certain articles’ truthfulness. This means that fake chain messages that circulate like wildfire are at worst, taken with a pinch of salt.

Ultimately, it is likely that fact-checking can prevent at least some spreading of fake news, which justifies its implementation.

A possible problem of this is that those who believe fake news are likely to accuse fact-checkers of partisanship, but there are two responses: a) the majority of people who spread or believe in fake news are just ignorant, not blinded by partisanship. The middle-aged women who forward inaccurate messages are now much less likely to do so when the news might not be trustworthy. The second response is b) for the group that will not believe fact-checkers, the results are symmetric whether there is fact-checking or not. There is no additional harm, so this is not a reason not to increase fact-checking. Ultimately, it is likely that fact-checking can prevent at least some spreading of fake news, which justifies its implementation.

Secondly, the government can punish magazines or media that spread fake news. Currently, defamation laws are applied to fake news that harm individuals; a similar standard should be applied to fake news in general that could pose significant harm. These punishments could mean the removal their media license or fines for the company. This would obviously be quite a large deterrent against news companies publishing fake or unverified news. They would likely go through a more rigorous process of fact-checking, or shelve controversial but uncertain stories. Even though there are practical problems of implementation, the precedent set by similar laws should make this fairly simple and effective.

Thirdly, better education can help people differentiate between facts and lies. There could be mandatory short courses in schools to help kids develop the analytical skills needed to identify dubious statements, or to instill in them some skepticism when reviewing different sources. This is especially crucial in a world when we are inundated with information. There are potential problems of politicisation, especially as education is always a sensitive topic and subject to allegations of “brainwashing”. However, it is entirely possible to create a bipartisan curriculum which focuses on developing a skill set for the next generation. This would allow more critical thinking in dealing with fake news, preventing its mindless spread.

Fake news is a massive problem magnified by the recent pandemic. To stop its proliferation, there must be increased fact-checking, increased deterrence for media organisations and improved education. With these, there will hopefully be more honest, accurate reporting and less fake news.