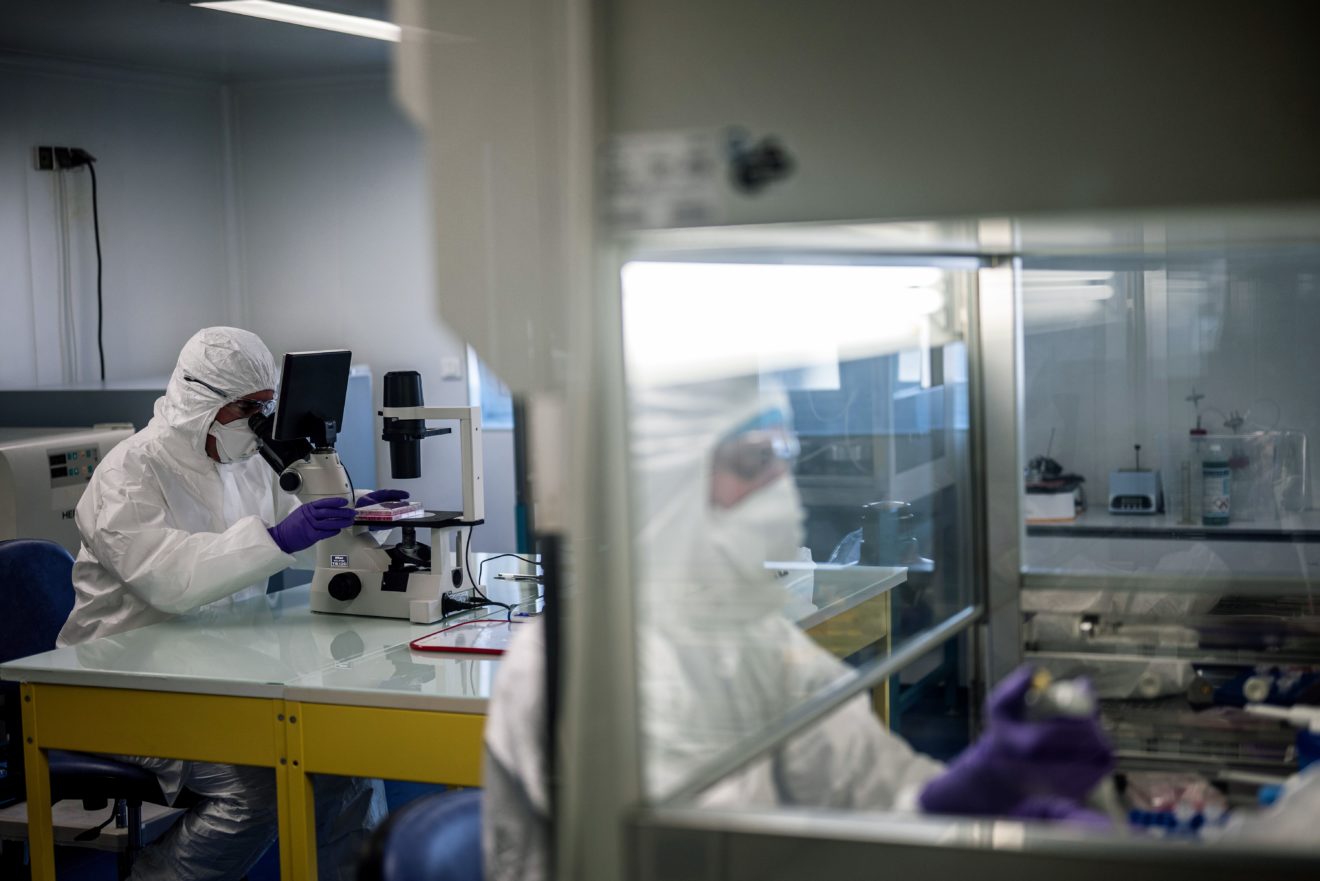 As scientists, we constantly engage in outreach to make science more accessible. We understand not everyone has someone close by to explain why we care about DNA, chemical bonds or the intricacies of neutron stars. However, it’s easy to forget the process of research is often still as mysterious to the public as the science itself. Try as we might, science and the lone genius are still synonymous, and it may not be obvious to people on the outside looking in how much of this “wow moment” knowledge comes from decades of collaboration and the accumulation of many smaller seemingly blue skies projects. Science is inherently international – enter any lab, and any eureka moment is not as simple as one lone man in a bathtub anymore, but the efforts of diverse  research groups, often located across the globe.

Science is inherently international – enter any lab, and any eureka moment is not as simple as one lone man in a bathtub anymore, but the efforts of diverse  research groups, often located across the globe.

Over recent decades, UK science has benefited enormously from access to European Commission funding, knowledge exchange, and regulatory programs. EU programmes fill gaps in UK budgets, addressing areas from regional disparity to “high risk high reward” research. They increase research flexibility, building vital networks for knowledge exchange. This, and the ability to lead EU projects, is crucially only possible with full association with EU scientific programmes and ensures that UK science is internationally competitive. Unimaginable only seventy years ago, these EU programmes are today the lifeblood of Britain’s academic institutions. Oxford is no exception.

One key example are the Horizon frameworks, the main EU funding source and mechanism for driving the continent’s research aims. These have been critical in raising the total level of UK Research & Development. The UK’s universities and businesses have been substantial net recipients from the current €80bn Horizon 2020 framework (2014-2020). For every €1 euro invested through its successor, Horizon Europe (2020-2027), estimates suggest a 10x return and the downstream creation of up to 320,000 new highly skilled jobs by 2040. Horizon has been vital to funding fundamental research that has allowed the rapid switch towards the international hunt for COVID-19 vaccines, treatments and testing; with a €14-billion funding boost committed for pandemic recovery through Horizon Europe and EU4Health.

Beyond the financial, no national programme can compete with the scale or ambition when it comes to flexibility, mobility, collaboration, career prospects, the certainty needed for long term project planning and the sharing of risk for the incremental innovation of “high risk high reward” research. As is clear from other states – including Switzerland, Israel and Quebec’s recent wish to fully associate – Horizon frameworks are a complement to existing domestic R&D investment and are not easily replaced.

However, with the end of transition just months away, the terms of the UK’s future association with EU programmes, like the Horizon frameworks, are up for negotiation.

However, with the end of transition just months away, the terms of the UK’s future association with EU programmes, like the Horizon frameworks, are up for negotiation. It is the near-unanimous consensus of the scientific academic, business and charity communities and the government’s own independent inquiries that less than full association will harm UK science and our international standing1. Any alternative, including third country participation, will not allow UK researchers to lead EU projects, access the Marie Sklowdowska-Curie Actions (MCSA) for researcher flexibility or the prestigious European Research Council Funds (ERC) for blue skies research that requires the certainty of long term commitment, planning and shared risk. The UK currently benefits disproportionately from these schemes; 22% of ERC grant holders choose to work in the UK and the UK is the top destination for MCSA.

Association is not a leave-remain issue. The government has already shown that it understands the importance of EU programmes to the research industry through both its inquiries and ambition in its July 2020 Research and Development Roadmap to associate as closely as possible with Horizon, EURATOM and parts of ERASMUS+. 100 organisations and individuals from across the UK and EU have authored an open letter on how best to achieve this. lndeed, a 2020 YouGov poll found an overwhelming majority of respondents agree cooperation with other European countries on scientific research benefits everyone involved (72%). This pattern is consistent across regions and includes the majority of Conservative (69%) and Leave (64%) voters. Less than 10 per cent of respondents thought cooperation benefited nobody, only Britain, or only other European countries. In the same survey the majority of Brits were in favour of staying a member of Horizon in 2021 (66% vs. 13% against) and staying a member of ERASMUS (61% vs 15% against).

However, the uncertainty over a deal is already harming UK science. UK Horizon applications have fallen 40% (2015-2018). While in 2015 the UK secured 16 per cent of the total Horizon 2020 grants (€1.49 billion) signed for in that year, in 2018, this figure had fallen to just over 11 per cent (€1.06 billion) and has continued to decline,. Attracting talented non-UK scientists is a real concern. As scientists we’re often afraid to be seen picking a side but this isn’t a sided debate.  Beth Thompson, head of UK and EU policy at biomedical charity Wellcome Trust, points out that “There is serious intent to make it [association with Horizon Europe] work”. As scientists we must keep talking about association to ensure it doesn’t become a casualty of negotiations.

COVID-19 has acutely shown innovation’s need for international collaboration. It has also highlighted that the next set of challenges will be inherently global. From society’s adaptation to climate change, navigating future AI and developing smart cities to food security, preparing for the next pandemic and maintaining ocean health; no research group or country can solve these problems alone.

With recession looming, filling multi-million-pound funding gaps is now politically and financially daunting. Development of UK-only equivalent schemes by December is impossible and departure from the existing programmes will be catastrophic. The UK’s excellence in science is due to the networks, partnerships and infrastructure built up through association with the relevant EU schemes over many years. As scientists we need to remember the reasons we engage in outreach and speak up to explain how important these associations are to us; if we don’t explain them, how can we expect anyone to understand?