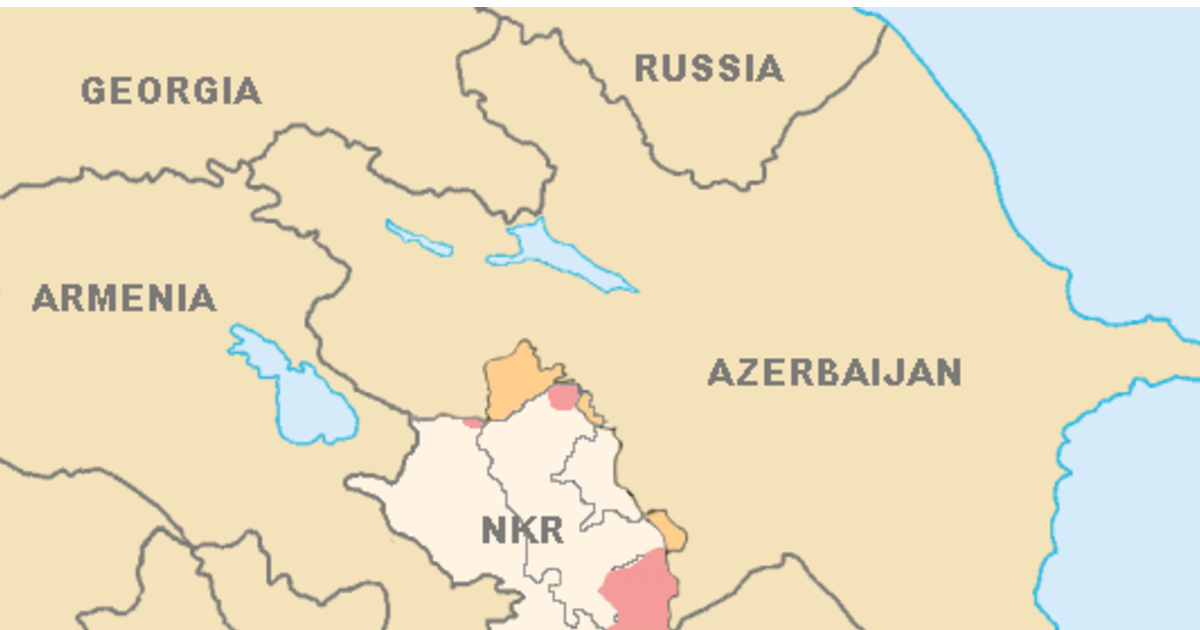 When the World Health Organisation declared Covid-19 a pandemic on 11th March, many commentators predicted a decrease in war as challenging times changed priorities. Certain surveys have supported this. The ACLED (Armed Conflict Location and Event Data) found that violent conflict between March and August this year was 23% lower than in 2019.

But according to other metrics in the same survey, violence against civilians is continuing at the same rate. The senseless deaths of thirteen civilians in a missile strike on 17th October drew attention to the Armenia-Azerbaijan conflict, which has been raging sporadically since 1988 but has spiked in intensity, and bloodshed, across the last year.

Like many post-Soviet states in southeast Europe and Asia, the histories of Armenia and Azerbaijan are complex. The seeds of sectarian warfare have been allowed to foment. 97% of Armenia’s population is Christian and 96% of Azerbaijan’s is Muslim. The proximity of two states with different religious majorities has created ethnic tension and invited the support of other nations along factional lines.

The contested region of Nagorno-Karabakh has led to on-and-off fighting since 1988 and further turmoil this year. The population of this upland territory in the Caucasus is around 41,000. Its ethnic composition has changed considerably: 76% were Armenian and 22% Azerbaijani in 1989, but now ethnic cleansing and displacement have left the Armenian majority at 99.7%.

Yet the UN still recognises Nagorno-Karabakh as belonging to Azerbaijan as it did in the days of the Soviet Union, indicating the complexity of the situation.

Following the end of Russian control, heightened nationalist attitudes led the region’s Parliament to vote to join Armenia. However, the Azerbaijani population boycotted the plebiscite, foreshadowing the descent of this process into violence.

The situation deteriorated further when Azerbaijan’s central government disempowered the local parliament. What began with suspicion and rumours of an attack by the other ethnic group led to violent clashes. These clashes escalated into sectarian warfare when both central governments sent troops into the region.

Across the next five years, European attempts to mediate failed and, by 1994, Armenia controlled a majority of the region along with 9% of other Azerbaijani territories. 1.23 million had been displaced and around 35,000 had been killed.

The Russian-sponsored ceasefire in 1995 amended the borders and temporarily suppressed the worst of the conflict, only for low-level fighting to continue. Nagorno-Karabakh remained disputed and sectarian armies continued to roam the mountains. Thirty a year died on average between 1995 and 2015.

Across the 2010s, there were small clashes but these did not lead to a resumption of full hostilities. The BBC even pointing to ‘signs of thaw’ in 2016. But across the last few months, the situation has deteriorated.

Armenia announced its partnership with Russia over an air defence system on 23rd July, with shared Christian Orthodox traditions making the countries likely allies. Military exercises by Azerbaijan across the next few weeks and pro-war rallies in both countries that attracted thousands led to a rise in hostilities.

Within days, Turkey, perhaps looking for a proxy conflict with Russia but also looking to further its links with other Muslim-majority states, announced its support for these exercises. Since then, sporadic guerilla-style fighting in Nagorno-Karabakh has killed one hundred civilians and with the tactical situation developing every hour, the death toll will certainly rise.

…across the last few months, the situation has deteriorated.

The escalation of this conflict shows that even amidst the challenge of Covid-19, local but intense conflicts are still possible. That much is also clear with ongoing wars in Libya, Iraq and Syria. In this region, the proximity of different ethnic groups and religions means that division runs deep.

The confusion of world powers on this issue is visible: the UN still sees Nagorno-Karabakh as officially part of Azerbaijan even though the majority of its population see it as an independent republic tied to Armenia.

Perhaps the closest historical parallel is the Yugoslavia conflict in the 1990s. On that occasion, large separatist movements with ethnonational loyalties created chaos for the whole population. Those movements aimed to ethnically cleanse a racially heterogeneous federation. Unaware of how to approach a delicate and violent situation without reigniting a broader conflict – the Soviet Union had just collapsed – the international community was indecisive for years before sending NATO in. The presence of peacekeepers was not enough to prevent 140,000 deaths.

The Armenia-Azerbaijan conflict has not reached that level yet. But crucially, intervention and the implementation of a fair and arbitrated treaty which considers the demands of all parties must happen sooner rather than later. Otherwise, history indicates that a bloodbath in the Caucasus is inevitable.