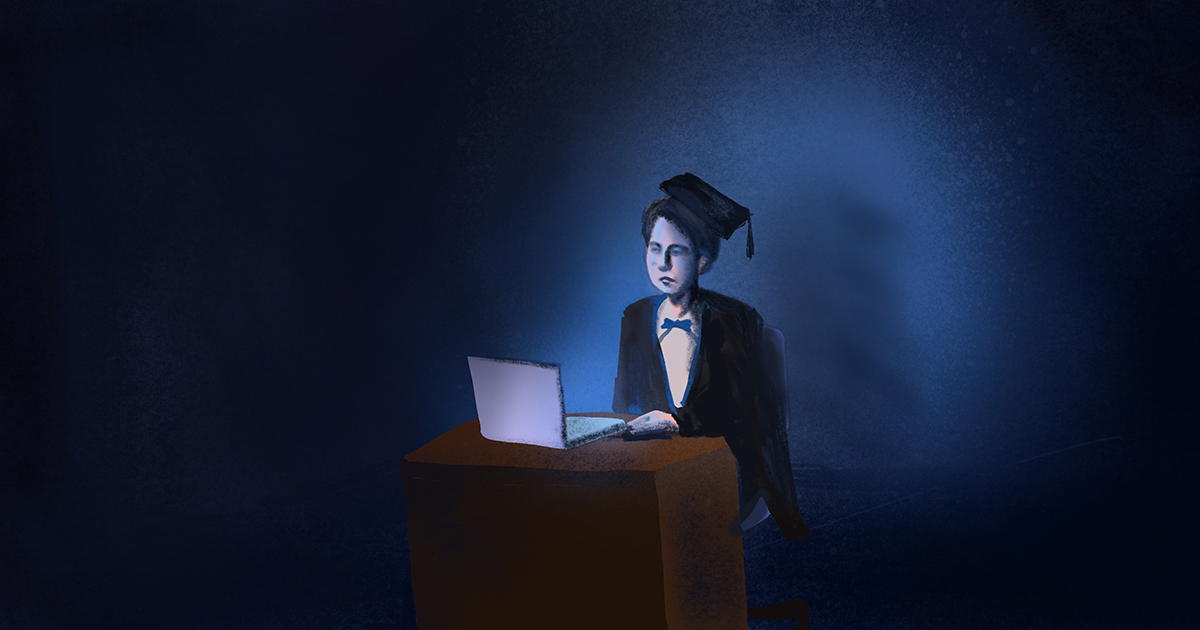 Image description: A student in sub fusc sat at their desk.

Third-year Engineering exams, which have been held in person at Exam Schools over the past weeks, were plagued by errors in questions and, according to student opinion, a failure to make provision for self-isolating students.

Last week, The Oxford Student reported that weeks of bad –  or no – communication occurred in the lead up to in-person Engineering Part A exams.

Following the exams taking place, the actual Engineering Part A finals papers contained several mistakes, including a partial differential equation that was stated falsely, making a 20 mark question impossible to answer. One question asked students to find a temperature that had been calculated incorrectly. Further errors meant that students were asked to prove a question using ‘part C’, despite there not being a ‘part C’ in the question. Each of the four papers had mistakes and typos.

Due to the precautions required to hold in-person exams during the COVID-19 pandemic, students were also unable to question the numerous inaccuracies during the exams. All other exams have been held online since the beginning of the pandemic, and these were the first to be held in-person.

One third-year Engineering student commented “I personally found the whole experience incredibly stressful. As a 20-year-old undergraduate, you assume it is your lack of knowledge and mistakes that meant you couldn’t get to the answer they required. This wasted huge amounts of precious time – as well as really shaking my confidence to tackle the rest of the paper. It is not fair that we suffer in our grades because the examiners don’t proofread their papers, or the people who write up the exams make mistakes”.

Students were also denied the opportunity to complain to the Junior Consultative Committee (JCC), which was scheduled during one of their exams. The JCC, which is held once a term, offers a chance for undergraduates to give feedback on the course. However, this term this was was held lunchtime of Monday 19th October, during the first of the third year exams.

In the run-up to the exams, students repeatedly questioned how they would be able to sit the exams if they were having to self-isolate. Emails sent to students by the Chair of the Engineering Faculty blame the university for this failure: “I’m afraid that we are still trying to resolve this matter with the university. This has been much slower than I hoped, for which my apologies. We will obviously let you know as soon as we have anything definite to report”.

“The lead up to my exams was very unnecessarily stressful. I spent the whole day before not knowing whether I would be allowed to sit one or even any of them and then found out an hour before my exam that I wasn’t being allowed to take it. Even after this I still had no clarity on whether I was sitting the one on the following day until late that afternoon making it impossible to know how to revise.”

Another alleged student wrote anonymously on Oxfess that they thought they “have the [Corona]virus” but was “being forced to go to engineering exams in person” the next day.

In response to concerns, a spokesperson for the University said that “the decision to not allow paper corrections were taken through ESG a good while before the examinations were taking place and both students and staff were notified. Students were also given advice on how to manage paper corrections.”

“The Exam Boards will also have been notified of the errors in the exam and will be able to consider this and take any necessary action to mitigate the impact on students under the mitigating circumstances notice to examiner policy.”