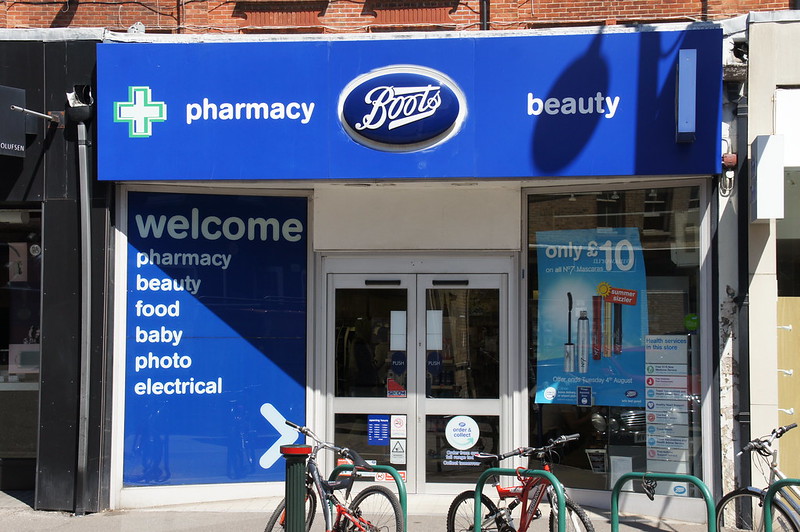 Private Covid tests: costly in more ways than one

Image description: the storefront of Boots.

Boots, the high street pharmacy, has announced that it will launch a private test providing results within twelve minutes by November to 50 stores across the UK. This is by far the fastest test result currently available and significantly overshadows the NHS test result wait time.

Twelve minutes is a significant step forward in controlling Covid-19 compared to other rapid tests. Some offer a wait time of 90 minutes; the NHS offers a minimum result wait time of 24 hours. However, with increasing pressure on staff and testing sites, these wait times are growing ever longer, as is many peoples’ frustration.

All this feels like progress then, until you hear the price tag of the Boots test: a not insubstantial £120.

The intentions surrounding the test are perfectly well-founded, but Boots is inadvertently contributing to the ever-widening socioeconomic disparity in Britain. Seb James, the pharmacy’s UK managing director, said the test was being rolled out as a way to help ease the pressure on the NHS; “Boots has supported the government’s Covid-19 testing programme from the very start and offering this new in-store service is the next step in our efforts to fight against the pandemic,” he stated.

Boots is also trying to help the general population’s peace of mind. You do not have to have any symptoms to qualify for a Boots test. That way, you can find out if you have it and are simply asymptomatic, or whether you are free from the coronavirus entirely.

All this feels like progress then, until you hear the price tag of the Boots test: a not insubstantial £120.

This commitment to alleviating the pressure on the NHS and the stress on the public is a false and misleading narrative. Little stress can really be alleviated form the NHS.

These tests do not guarantee against false negatives: they may provide negative results within minutes, only for you to find yourself feeling ill with textbook symptoms within the next few days. You must then take an NHS test, testing positive days after the Boots private test gave you a negative result, simply because the levels of virus infection were not high enough to register on the test yet and the virus can multiply rapidly.

Research suggests that on average, people develop symptoms of Covid 5.1 days after they have been infected. Others, however, may take up to two weeks to become ill. In such a scenario, what stress has been alleviated? The NHS still have to deal with your case, and Boots has got £120 in their back pocket. Meanwhile, your peace of mind has lasted no time at all and your wallet is significantly lighter.

The availability of a private test is also highly detrimental to wider society. Those who can pay the significant fee for the test are handed back the golden ticket: a negative result. They are then free (not legally, but perhaps they can justify it to themselves) to swan around frolicking without a care in the world.

All the while, they may be carrying the virus without even realising it, inadvertently passing it onto your nearest and dearest and the wider public. Such apparent peace of mind is code for selfish individualism that is being supported and furthered by the private consumer sector and the government.

Additionally, there is also the financial implication of such an expensive test. Julian Peto, a professor of epidemiology at the London School of Hygiene and Tropical Medicine, said the price of the new Boots rapid tests was “exorbitant”. The reality is that only those with significant disposable income are in a position to pay such a price for a test.

Such apparent peace of mind is code for selfish individualism that is being supported and furthered by the private consumer sector and the government.

Once again, the government is farming out their responsibility to the private sector, encouraging them to pick up the slack and relieve the government of their civic and moral duty. For a country that prides itself in the NHS and free healthcare access for all, this is quite a blow.

Now more than ever, especially amid the current clash over free school meal provisions (the vanguard of which is headed by Marcus Rashford), government support for the poorest in society ought to be non-negotiable. How can families who are struggling to put food on the table for their children, heat their homes, or provide the very basic of necessities afford £120 per family member to make sure that they can go out and play, or visit the grandparents? The answer is simply that they are unable to.

The government has shown once again that those in a more uncomfortable socioeconomic position are simply not as important or deserving as those who are more affluent. Those in a higher income bracket are worthy of peace of mind, quick tests and easy high street access, but those struggling must fend for themselves. It is the equivalent of a black mark against you as the thick, bottle bottom NHS glasses of the 50s and 60s were the glaring label, literally on your face, that you were reliant on the state.

Indeed, for testing, most of us are reliant on the state. How many of us could say we could comfortably pay £120 without a second thought even for some peace of mind? I think the answer, certainly for students, is very few indeed.

What Boots’ announcement has shown is that the government can shirk their responsibility, whilst private high street pharmacies cover for the inadequate testing approaches and wasted money on a Track and Trace app which can only be described as abysmal.

The government has labelled these private tests neatly as a diversification of testing methods to reach optimum efficiency. The reality is that with the new Boots test, great swathes of the population will be left behind in fear and worry as the cold and flu season rapidly approaches.