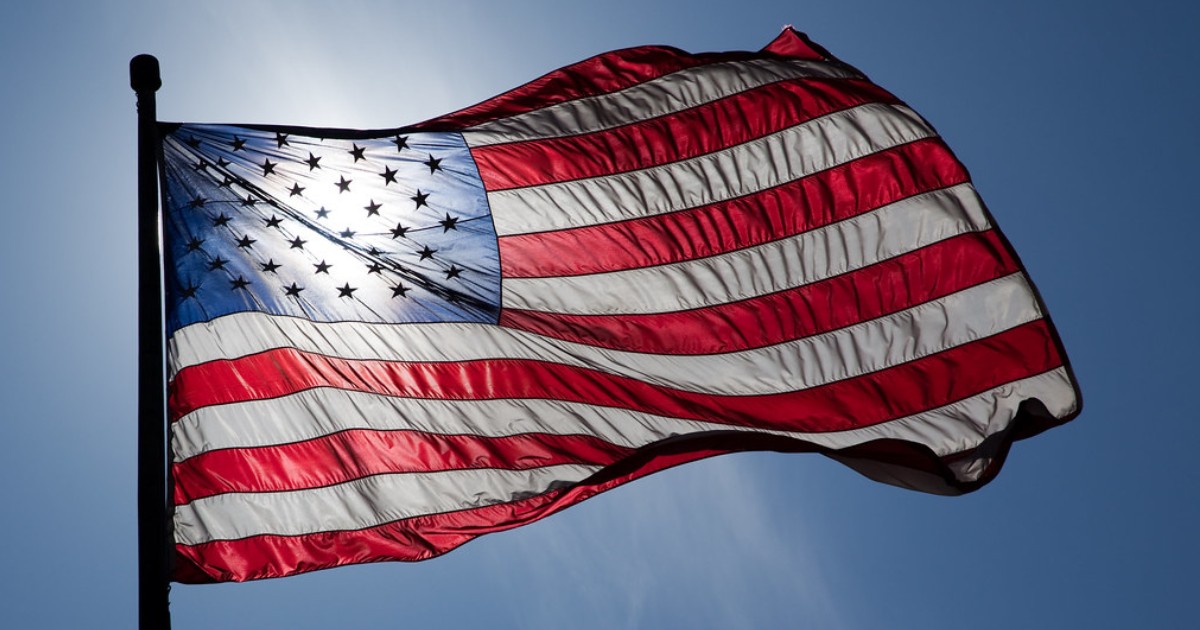 Image description: flag of the United States of America against a blue sky.

It’s not a take I want to air publicly for fear of jinxing it, but my prediction is simple: Biden is going to wipe the floor with Trump.

I know, it’s hardly a popular belief. Those who reckon Biden will win claim it will nevertheless be tight given electoral interference and the Electoral College. Others have strong arguments suggesting we won’t see a clear winner for weeks. It may even go over to the Supreme Court, which will probably back Trump.

Others predict a Trump victory. In this camp, there are three types: those who think Trump is the Messiah; those who are fearful of a repeat of 2016; and those with strong arguments that polls are insufficient.

But frankly, I think they’re all wrong. Biden has stably been ahead—well ahead—for months. And by now, most Americans have voted. Yes, electoral interference will be a problem, but Trump has shot himself in the foot with his obstinance: the system will now be more diligent. Something similar can be said about minority and youth voting: Trump’s idiocy and the efforts of Democrats have stoked up the flames and got people out voting.

Finally—and very unfortunately—Biden simply has what Clinton didn’t: the trust of the American people. Were I to put my finger on it, I’d suggest subconscious bias and misogyny. I don’t like it—and we shouldn’t settle for it—but the American populace seems to want someone male, pale, and frail. And frankly, Biden is older and less orange.

Shariq Haidery: Biden’s win will be contested by Republicans

Biden will win the Electoral College with a sizeable majority.

He will not only carry the 290 Electoral College votes that are currently leaning towards him. He will also take Georgia, considering the ferocious campaigning he is doing there in this home stretch. That would make his total at least 306 votes.

Biden will eventually win. But before postal votes are counted, Trump and the various media outlets that support him will seek to claim Trump the winner, sowing seeds of doubt about the validity of Biden’s win. There is precedence for such a situation. In the 2000 election, Bush claimed Florida (and thus the presidency) before it had been called.

Trump’s continued rhetoric about the veracity of postal votes may even reach a boiling point in the Supreme Court. However, if the situation evolves like this it is hard to imagine a world where a country with democratic institutions as strong as those in the US would allow Trump to undermine the election. That would be the death knell for American democracy.

Lydia Ellis: keep an eye on the bookies

British bookies have slashed 50/1 odds on a Trump victory to 4/1 and 6/1 respectively in the last week. All bets are now off (i.e. they’re afraid he might win and so are taking no more money on the chance, in case of massive pay-outs if he does).

Punters this side of the pond are confident of a Trump win anyway, but that’s not necessarily saying much (keep in mind that election betting in the US is banned). Bookies’ odds and punters’ punts, however, can be and have been more reliable than polls, particularly around elections in the recent past. The polls were largely wrong for the Brexit referendum, the 2017 UK General Election (until the exit poll) and the last US Presidential election. The bookies were wrong on Brexit (like the polls) but right on the 2015 General Election (unlike the polls).

As for the last presidential election, bookmakers reported record losses, including Paddy Power, previously so confident that it had already paid out $1 million in winnings to gamblers betting on a Democrat victory. Their eventual $4.5 million pay-out on Trump’s win was their biggest ever political betting loss. Shares in bookmakers fell across the board on news of the results, given the size of the pay-outs to those predicting a Trump win. Do confident punters this time know something the rest of us don’t? Only time will tell…

Asher Weisz: a close race in Pennsylvania, but a shock win in Texas

Much attention, money and newspaper ink has been spent on the swing state of Pennsylvania this election cycle. Democratic for years, Donald Trump succeeded where other Republicans had failed and flipped it in 2016. Now, it appears a must-win for Joe Biden. If he can regain Wisconsin, Michigan and Pennsylvania for the Democrats, it’s game over for Trump.

The problem for Democrats is that, while Biden enjoys healthy poll leads in Wisconsin and Michigan, his edge is much slimmer in Pennsylvania, hovering at around the 5% point. This suggests that we should be prepared for a drawn-out and painful tussle over Pennsylvania’s prized electoral votes. If it is close, expect Republicans to pour their efforts into stopping the count and frustrating the process.

It would therefore be very helpful for Biden if he could pick up some of the Southern and Southwestern states leaning his way. That would give him the space to lose Pennsylvania and still win handsomely. It would not be surprising if he won Arizona, nor even if he won Georgia.

Keep a lookout for Texas, though. With its large number of electoral votes, it is crucial to any Republican victory and has been a red state for decades. Now, it is teetering on the edge of going blue. Many do not believe it will tip over that edge. But watch this space. Democrats have invested much effort in boosting voter registration in the state, and early voting turnout is already high. This time, demographic shifts and the rise of the Hispanic vote could be the end of Republican Texas.

Image by jnn1776 via Creative Commons; image was cropped and size changed.