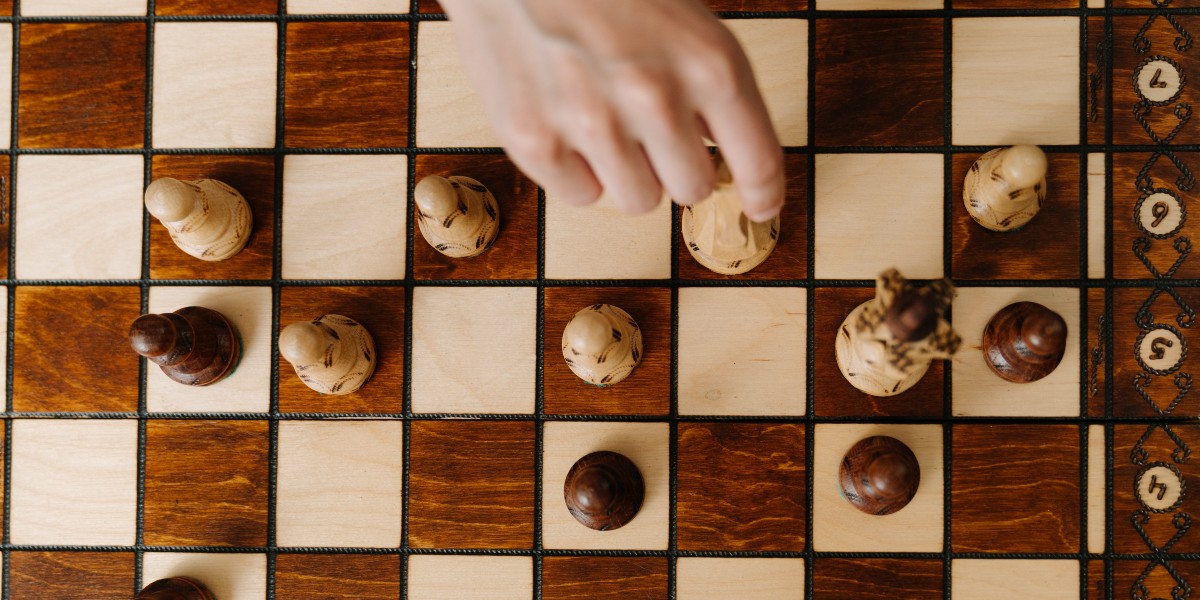 The Queen’s Gambit- Entertaining from the Opening to the Endgame

Image description: A chessboard seen from above. A player is moving a piece.

When I saw that there was a new show on Netflix, set during the 1950s and 1960s, and starring Anya Taylor-Joy (star of Emma) I was excited. I was less excited when I realised The Queen’s Gambit was about chess- a game that I am terrible at and barely understand. But somehow, this show requires no knowledge of chess to watch, because it makes chess exciting even if you don’t know the difference between a pawn and a rook. However, I’m sure a chess enthusiast would get even more enjoyment out of it. Based on the book by Walter Tevis, this show is fast-paced and often fun, but also often very sad and thought-provoking, exploring themes such as drug and alcohol addiction and death. It tells the story of a girl raised in an orphanage who goes on to become a chess champion. All of this is against the backdrop of the Cold War, and world politics run alongside a personal story. There is also a gendered aspect – Beth Harmon is often underestimated or judged for her interest in chess, but soon proves to the world that she is just as much competition as anyone else.

After the match finishes, after a character has won, or after a child has become a chess master, what is next?

The chess matches are just as gripping as any action scene. This was mostly what I was worried about going into the show as someone who wasn’t really interested in chess, but somehow the chess matches keep you on the edge of your seat, holding your breath until someone resigns by laying down their king, or a draw is offered. Even though chess often takes centre stage, it isn’t only a question of, “will she win?”. What the players will do after chess is central. After the match finishes, after a character has won, or after a child has become a chess master, what is next? The final scene gives us a small answer- here Beth plays chess with normal people; now it is friendly, no longer a competition. She is finally able to enjoy chess, without the pressure of media eyes and competition. And throughout, the idea of the life that takes up the hours not in front of a chessboard is explored- from relationships and friendships between contestants, to shopping, travelling, and family drama.

The supporting characters: Beth’s romantic interests, her rivals, her friends, and her family, are just as interesting as Beth herself. There is a custodian at the orphanage, Mr Shaibel, who teaches her to play chess, her biological mother, Alice Harmon, who was a mathematician, and so many more. The world of The Queen’s Gambit is populated by intense characters who are rarely fully explained or explored. It is true that it is not their story, but the mysteries that surround them are intriguing, and left me wishing that we got to learn more about them.

it is undeniable that another key theme is female genius, as exemplified by Beth and her mothers.

The political and social backdrop to the plot, being set during the Cold War and including a trip to Russia, is also very interesting, and there is a part of me that wishes that it was further developed- though it does become more central towards the end of the series.  I feel the same about the exploration of gender – though it was clear that Beth was (at least initially) treated differently in the chess world, and female friendships and relationships (particularly the mother-daughter dynamic) were a key part of the story, I feel that it could have been pushed further. There were so many unanswered questions about most of the women in the story- particularly Beth’s biological and adoptive mothers, and though this is Beth’s story, it is undeniable that another key theme is female genius, as exemplified by Beth and her mothers. However this theme was largely limited in its exploration to the character of Beth. The themes of addiction also could have been explored more. Perhaps it is a series that tries to do too much with only 7 episodes, and yet it is easy to forgive it when it is still so entertaining from start to finish.

If the plot of The Queen’s Gambit doesn’t hook you in – and it’s hard to see how it couldn’t – then you’d probably be swayed by the gorgeous costumes, sets, fantastic soundtrack, or the fact that with only 7 episodes you can watch it in a day. It’s definitely one of the best Netflix Originals so far.