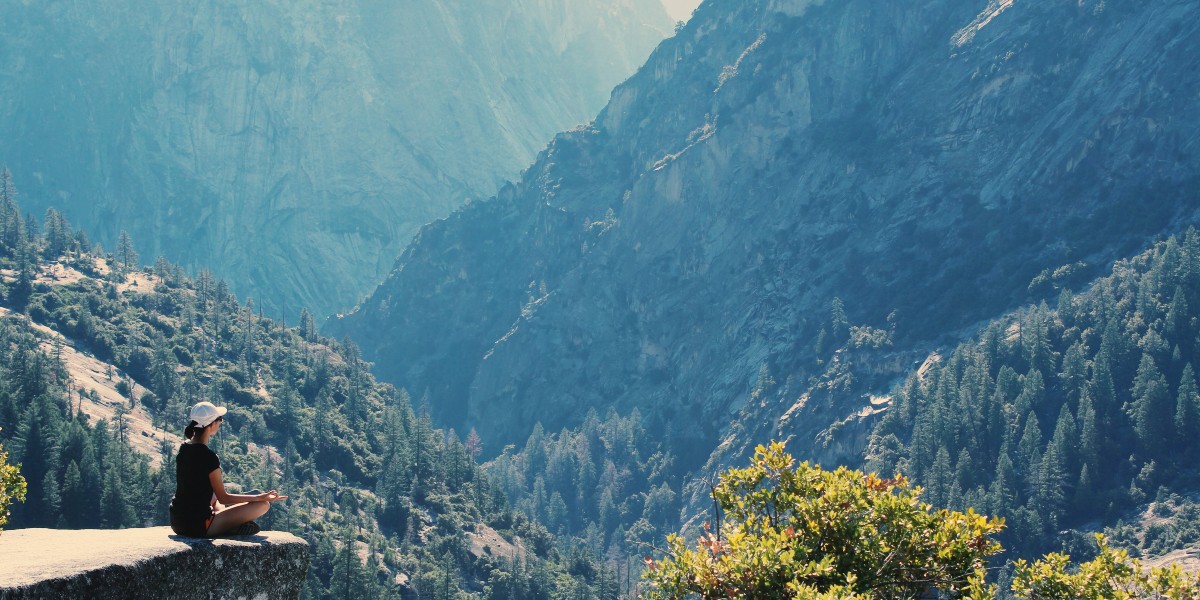 Can Gaming Act as Meditation?

Image description: A person meditating while sitting on a cliff near some mountains.

The representation of video games throughout mainstream Western media, particularly conservative outlets, has long been negative. Simply Googling ‘Fox News’ and ‘video games’ reveals numerous articles connecting video games to “mental health hazards”1 for children, with columns establishing tenuous links between violent first-person-shooters and tragic school shootings. This negative representation extends to the so-called ‘New Media’ with figures like Joe Rogan causing controversy by suggesting that video games are addictive and serve no purpose. “You do them, and they’re real exciting, but you don’t get anywhere,”2 Rogan claimed in July, to great uproar. His essential point is true: video games lack a tangible purpose. But Rogan’s perspective is basic. You may not “get anywhere” by playing a video game but that’s the point. Video games by definition are escapism, taking the player into new worlds and allowing them to abandon their frustrations and anxieties. This escapist factor has led to scientific reports suggesting that video games can attain the same psychological benefits as meditation. Author and psychologist Daniel Goleman studied the mental benefits of video-games and wrote that the repetitive nature of gaming attunes the gamer to “the rhythm of their breathing” by strengthening their concentration and providing a “calm focus”3. Far from the stereotype of video games eliminating attention span and promoting abusive behaviour, the satisfaction of repetitive gameplay- according to Goleman- encourages mindfulness.

Video games by definition are escapism, taking the player into new worlds and allowing them to abandon their frustrations and anxieties.

This year heralded several games that popularised this spirit of mindfulness and spiritualism. Animal Crossing: New Horizons is one such popular example. It is a game that thrives on the ‘grind’, with every session of the game being more or less the same. The game is essentially a series of menial tasks: you hunt for fossils, you fish, you design your house, you plant flowers. The gameplay is simple, the environment soothing, the sound design calming, and the aesthetic welcoming. The game follows a twenty-four-hour cycle meaning in practice you only play the game for a few hours everyday. That familiarity and comfort struck a chord with millions at a time of such crisis and chaos. As the twenty-four-hour news cycle threw up stories of horror and distress, players could find solace in the beautiful simplicity of their desert island paradise. Indeed, Animal Crossing: New Horizons was released on March the 20th, only four days after the U.K. followed Europe into national lockdown. This timeliness allowed Nintendo to capture a global zeitgeist. The COVID era is a time of great uncertainty, with people desperately searching for normalcy. Questions of when one could return to work, school, university, or see loved ones and friends, lingered on the mind without a clear answer. Animal Crossing provided the perfect escapism: a blissful simple world to answer our contemporary dystopian disorder.

With cultural norms being ripped down and an environment being destroyed, the gift of cultivating one’s own world has never had greater appeal.

Animal Crossing is not the only game to capture this desire for normality, with Minecraft similarly enjoying a rebound in popularity this year. Much like Animal Crossing, a Minecraft world follows the same repetitive logic. The player creates a boundless world, constructs tools to survive, builds a home, mines for minerals and farms for food. The gameplay is discernibly monotonous and repetitive but that is the charm of Minecraft. It is the familiarity and calmness of the experience that entices hundreds of millions of players around the world. In fact, it was the ‘crafting’ nature of Minecraft that was particularly resonant. With cultural norms being ripped down and an environment being destroyed, the gift of cultivating one’s own world has never had greater appeal. It’s particularly noteworthy that Minecraft, despite being over ten years old, recaptured its audience, with sales topping 200 million in May this year, and Mojang Studios celebrating 126 million monthly players. Minecraft’s iconic, ageless art style means that it can retain and enlarge its player-base. Other games have blatantly tried to copy Minecraft’s distinct style and flair, but none will ever capture its singularity and appeal.

On the same line as Minecraft and Animal Crossing is Stardew Valley, an incredibly simplistic role-playing game released in February 2016. Stardew Valley follows a similar format to the other games, presenting the player with their own farm and allowing them to tend crops and livestock, decorate their house and interact with their fellow inhabitants of the town. The game comfortingly drip-feeds the player a small but substantial sense of progress. Every day, their field grows slightly larger, every day they get one level further down the mine, every day they personalise and foster their farm to suit their image. Stardew Valley is not high octane, it lacks thrills or twists and turns, but that lack of excitement is the appeal. Of course, one can read too deeply into why this genre of games have experienced such a resurrection in the last decade, but on a personal level, it is this style of game that appeals to me. The calming escapism, the chance to craft a farm, island, or home of my own and the calmness of the world that these games provide is second to none. The mundanity of these games may not physically enrich you or tangibly provide, but the spiritual well-being these games provide is second to none.

3 ‘How Video Games Can Help Us Achieve Mindfulness’, Psychology Today, 2014