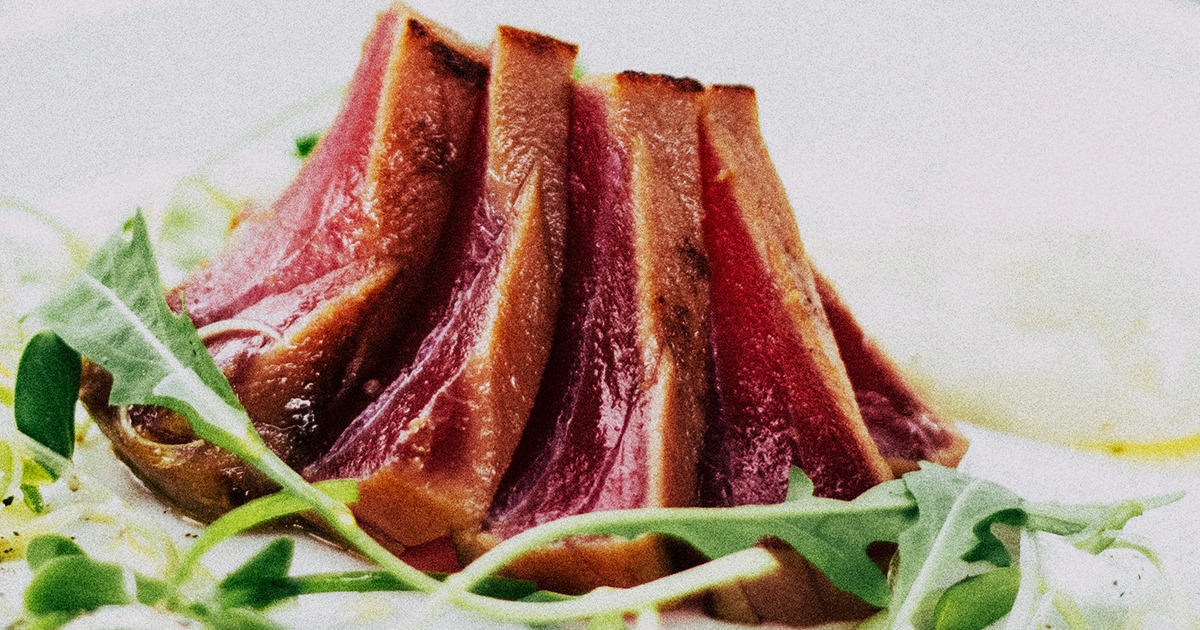 SU motions to ban beef and lamb in University outlets

Image description: Slices of meat stacked towards the camera.

A motion mandating the SU to lobby for a ban on beef and lamb in University catering services passed yesterday, with 31 votes to 9 and 13 abstentions. The ban would affect university-operated catering outlets and university-organised events, but not food served in college halls or cafes. Lobbying is to be led by Ben Farmer, the Vice President for Charities and Communities.

Two-thirds of voters were needed to back the motion in order for it to be taken up. Lobbying activities should include fortnightly meetings with the university focused on adopting a policy ‘surrounding meat reduction and removal, especially in respect of beef and lamb’, with the aim of ‘reducing greenhouse emissions by the cessation of beef and lamb consumption’.

The motion was co-written by Daniel Grimmer, Agatha Edevane, and Vihan Jain. The students behind the motion hope that it will help reduce the University’s greenhouse emissions, after the University has admitted that it has missed its 2021 carbon emissions goal.

Agatha Edevane, told The Oxford Student that ‘substituting beef and lamb produce is probably the single most impactful change the authorities can encourage in behaviour at the university to reduce our collective impact on climate change.’

‘Regardless of its origin, food consumption based on animal farming is responsible for significant greenhouse gas emissions which can be substantially reduced by plant-based diets. I hope that Oxford can join other thought-leaders in influencing through this important change and demonstrate that tackling climate change is something we are all involved in. Alternative food offerings can also be sourced from local enterprises and can therefore contribute to the local economy.’

However, the SU’s Returning Officer, Caleb van Ryneveld, was critical of the motion, saying that ‘the proposal to restrict the foods served across the university catering facilities is a clear case of overreach by the Oxford Student Union.’

‘There are many ways that individuals may choose to decrease their carbon footprint, and to enforce this particular lifestyle choice is unjustified. The Student Union should not dictate what can and cannot be eaten by students and guests using the university catering facilities. Dietary preferences should remain a matter of personal choice.’

Phillipp Dietrich, a St Anne’s student who attended the meeting, has a similar point of view to the Returning Officer. ‘We must all tackle climate change together. But above all, we must ensure that society as a whole pulls together and that there is no widespread resistance within society against climate protection targets.’

‘Direct bans are in themselves difficult to communicate, because they hit a certain section of society particularly hard, like farmers, but other parts of society much less so. Bans always give rise to a very strong sense of injustice. Although they are not wrong in fact, as they could make a major contribution to climate protection, I do not think that they are the right way forward. I can well imagine that for some people the consumption of beef and lamb is very important. This may seem unjustified and unwise for some, but not every personal sensibility can be rationally justified.’

Responding to criticisms that the beef and lamb ban could affect the local economy, Jain said that ‘alternative food offerings can be sourced from local enterprises and can therefore contribute to the local economy, but ‘eat local’ can be a deceptive piece of advice’. Edevane is also critical of the idea that grass-fed beef provides a sustainable option for those who want to keep eating meat.

A spokesperson for Oxford University said:

“The University is currently consulting on a draft sustainability strategy which will be approved next year and includes proposals to reduce the carbon and ecological impact of the food it supplies. These policies will be further developed in the light of the consultation response.”

This article originally incorrectly stated that the majority was a “slim margin of 66%”, but this has been amended as abstentions do not count.