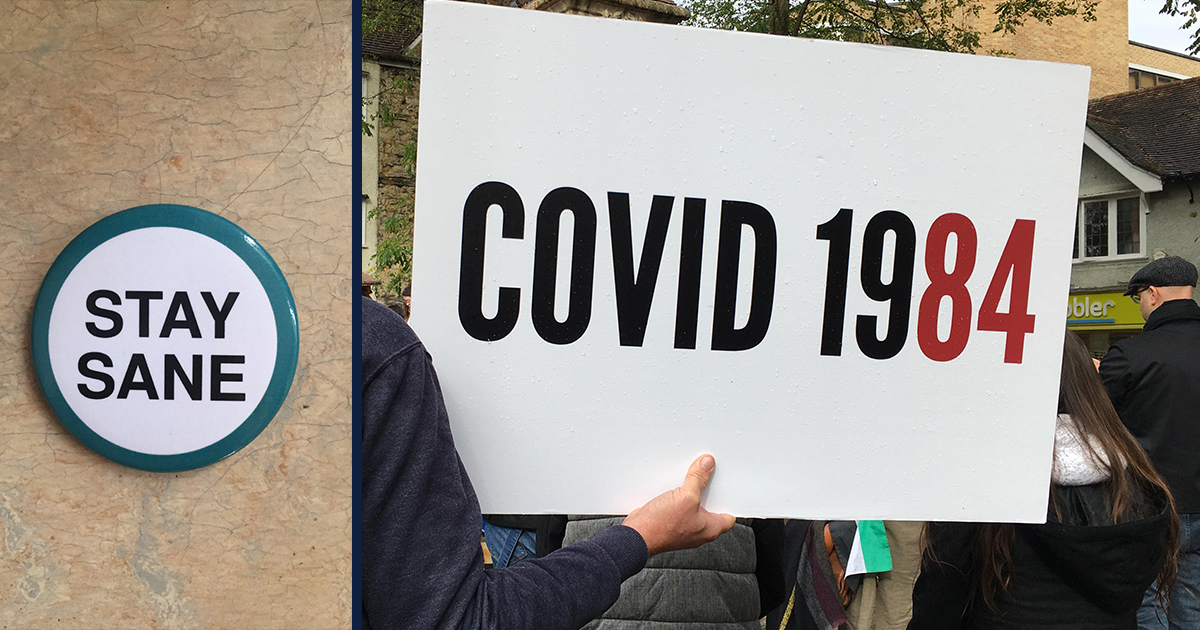 Way back when, in the first lockdown, I was added to a fringe Facebook group for lockdown skeptics as a joke. Lockdown scepticism was the realm of only a few, mainly those who held extreme opinions on other issues.

When I visited an anti-lockdown rally hosted by Piers Corbyn at the beginning of term, it was relatively poorly attended, and people walking past looked suspiciously at the banners ‘COVID84’ and the speakers who condemned cancel culture and vaccines. It was not a position that those with more mainstream opinions would consider taking, and the rebranding of the Brexit Party as Reform UK seemed unlikely to convince people that lockdown scepticism was a reasonable position.

But this has changed. Maybe it’s frustration that the cold weather makes it nearly impossible to socialise, or that government intervention has cost a lot and achieved far less than might be hoped – it could be anger that students and young people are having the burden of responsibility for the increased transmission of the virus dumped on their shoulders, despite the government offering lucrative incentives for people to dine out and see others. The mixed messaging, the fear, the seemingly endless zoom calls: whatever it is, it’s made lockdown scepticism fashionable.

Tatiana, a fresher at Christ Church, has been handing out ‘Stay Sane’ badges to spread awareness of lockdown scepticism. She’s handed out over 300, and alongside her stepfather and a family friend has set up a website to sell more. She wants to inspire a ‘student movement’ to highlight what she describes as the poor treatment of students. She argues that there is not enough focus on the mental and physical wellbeing of students, and that the new focus on online socialising comes at an as yet unrecognised cost of real social contact.

Tatiana explained to me why she thinks a student movement is necessary, and why lockdown is the wrong approach.

“I know that I have views that are more extreme than most people about this, and that’s not what I want. The movement has to be about smaller changes: the groups of six, being able to meet regardless of household, that would be something I’d be really happy with. Personally, I think that this should never have been the case. We should never have had the situation where we have got into a lockdown that’s this extreme. People should have it as their own responsibility – both the old and the young – to protect themselves and the other people who they care about. I think people are really underrating how much individuals care about their loved ones. That’s not something that’s been taken into consideration at all. It’s really patronising of the government to think that we need to be told exactly what to do, which is what’s happening at the moment.”

“My own grandparents really wanted to see us even during lockdown and they said they didn’t care, we’d rather be able to see you in the last few years of our lives, rather than having to isolate. My close family friend died recently, not from coronavirus, but from a lack of cancer treatment, and we haven’t seen her in the past six months. I’m going to her funeral on Monday. It’s just the fact that only coronavirus data is being focused on at the moment, and that people aren’t being given the opportunity to spend their last few months with the people that they care about. It’s ridiculous that it’s not being talked about.”

Tatiana isn’t the only one who wants to start challenging restrictions. A group of students have set up an anti-lockdown campaign to shed light on how lockdown is affecting everyday life. The campaign, named ‘Unlock’, wants to highlight the negative impacts of lockdown, arguing that the cure could be worse than the disease.

Their mission statement reads: “Unlock believes that lockdowns are highly damaging, based on flawed science, and contrary to the very foundations of our traditional British liberty. Our mission is to raise awareness about the unforeseen, true costs of lockdown – the shocking excess deaths, the mental health struggles, and the decades’ worth of damage to our small businesses. This movement provides an academic argument based on science for the government to give back our freedoms: the cure is worse than the disease, and we will not stay silent until we see an end to the unjustified, excessive government intervention we are now seeing in the lives of the British people.”

Chloe Dobbs, a student at Pembroke and founder of the movement explained why she felt the need to set up the campaign, which began with a group chat and a Facebook story.

“Everyday I have tough conversations with people from all walks of life who have been badly affected by lockdown and want these damaging restrictions to end. I can clearly see that anti-lockdown sentiment is growing fast, yet the majority of the people actively campaigning against lockdown seem to be the anti-vaxxers and conspiracy theorists. I felt a void for anti-lockdown campaigns based on real science, reason, and a long term vision for the prosperity of humanity needed to be filled, and that’s how Unlock was born.”

Unlock aims to create a social media following, challenging lockdown policies and conducting interviews with scientists making the case against the government. They are keen to emphasise that they are not anti-vaccine – in fact, they greeted the news of the vaccine breakthrough with as much excitement as anyone else – and that they are apolitical.

Anti-lockdown campaigns, it seems, have moved out of the realm of conspiracy theories. Even subconsciously, attitudes to lockdown have changed, with people less likely to believe the rules are necessary or to follow them as strictly as before. As Tatiana suggests: “Even just walking around on the day [the second] lockdown started, things were pretty normal, everyone was still queueing at Pret.” She was right. I’d already had three Pret Coffees that day.