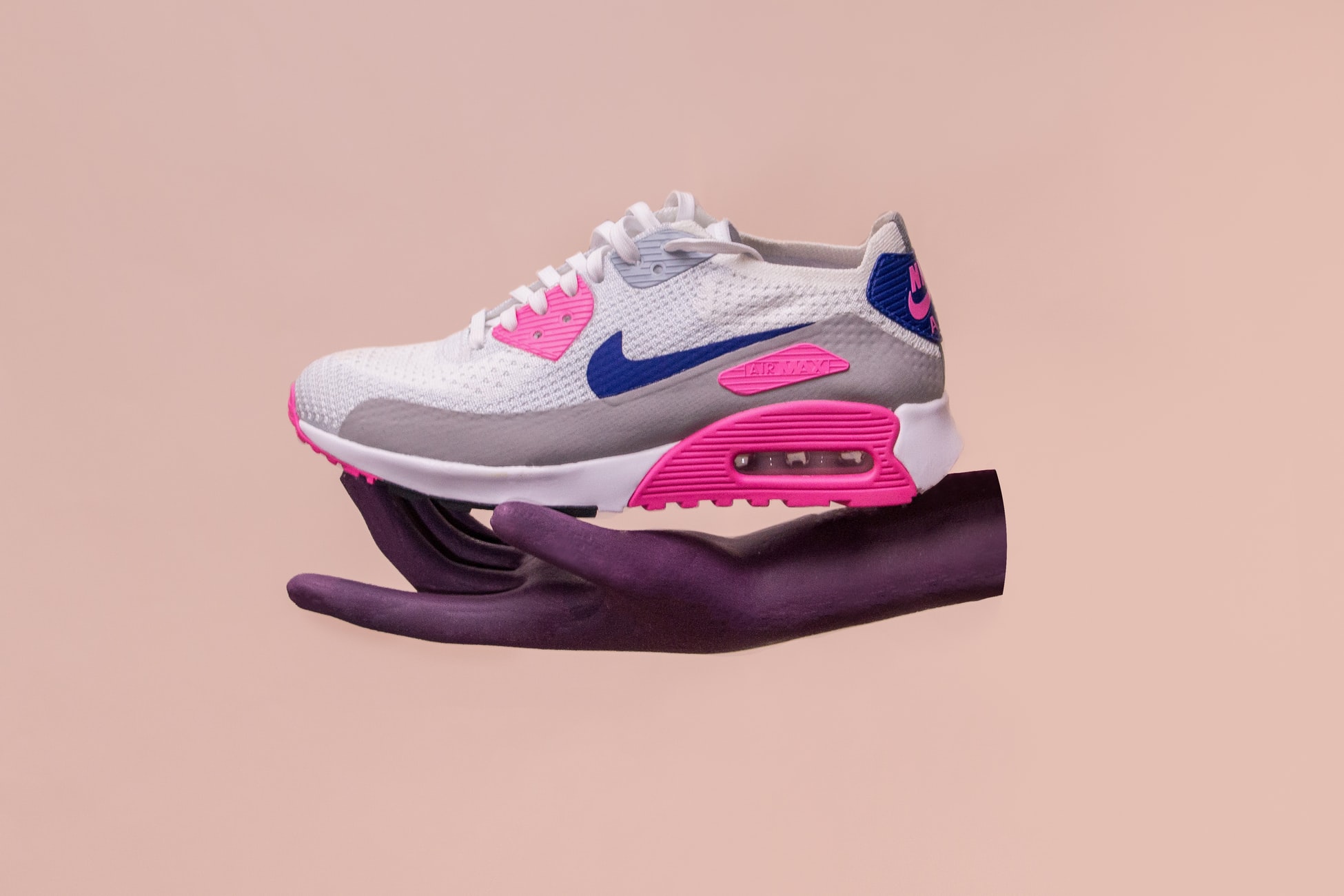 Image Description: A white, pink and grey trainer on a purple arm

Something I’ve been thinking a lot about lately is the way I look. Not in a bad way, either – I don’t mind my appearance and can occasionally appreciate it. No, I’ve more been thinking about the way my self-image has changed now I don’t spend a lot of time encountering people I’ve never met before.

It used to be constant – people out on the street, people at social events, people at various classes or lectures or obligations. The ever-present need to introduce myself, and hope that the background noise is low enough and my own voice loud enough for my name to carry correctly to the person I’m standing opposite – Leo, not Leah.

No one I’ve ever met has introduced themselves with a name and pronouns unless we’re at a trans-focused event.

And not just that; it’s also been about the way I look physically. Is my haircut masculine enough (these days I suppose it’s more “does it look like I’ve had four quarantine cuts or not”)? Is my face too round? What about what I’m wearing – do I cut a figure that’s distinctly unfeminine? Or (perhaps the most bizarre of physical features that have caused dysphoria) are my lips too large?

It’s not all idle wondering, either. No one I’ve ever met has introduced themselves with a name and pronouns unless we’re at a trans-focused event. So people do make these judgements, file away the information for later to attempt to work out what my gender is, what pronouns I might use (no one thinks to ask! Maybe they just assume they’re right). Everything I say and do is a balance sheet, telling people who I am and who I’m not.

It kind of sucks, actually. In the past, someone has questioned my identity based on the colour of my shoes (!!), saying that he thought I couldn’t be trans because there was a pink accent on my grey and green trainers. He thought that if I was a real-life trans person, I would be more worried about what my shoes said to people about my gender.

I try not to read into people’s gender based on their appearance, as a general rule.

Funnily enough, they were “women’s shoes” – bought from that section of the shop, anyway, in a store that didn’t actually carry my size in the men’s section because my feet aren’t large enough (though you have to wonder what teenage boys are supposed to wear, if their feet are too big for children’s shoes but too small for men’s). But I hadn’t actually thought about it until that moment.

In the end, I think I laughed at him, and blocked him on Facebook when he attempted to message me to “pass me on to a friend” who “wanted to know more about trans people”. Good riddance. But the incident still sticks with me over three years later, because it just seems so bizarre.

I try not to read into people’s gender based on their appearance, as a general rule. Maybe I shouldn’t, because most people I see these days are cis, and I’m pretty sure they’d be offended if I didn’t assume their gender somewhere down the line.

What’s the point of all of this? I guess it’s that, since I don’t see so many people around anymore (and most of the people I interact with on a daily basis already know I’m trans), I haven’t stressed so much about the way I appear to others. And it’s not for lack of seeing myself, either – somehow, in the bedroom I’m locked down in at college, there are three mirrors.

It’s being comfortable in myself, and attempting to care less about the judgements of cis (and occasionally other trans) people. I don’t think that’s a warning sign that my self-esteem is bad, but instead that it’s good – that I feel able to make decisions about my appearance without worrying about the unspoken messages it delivers to others. I definitely wouldn’t trade it for the confidence pedalled via cosmetics any day.