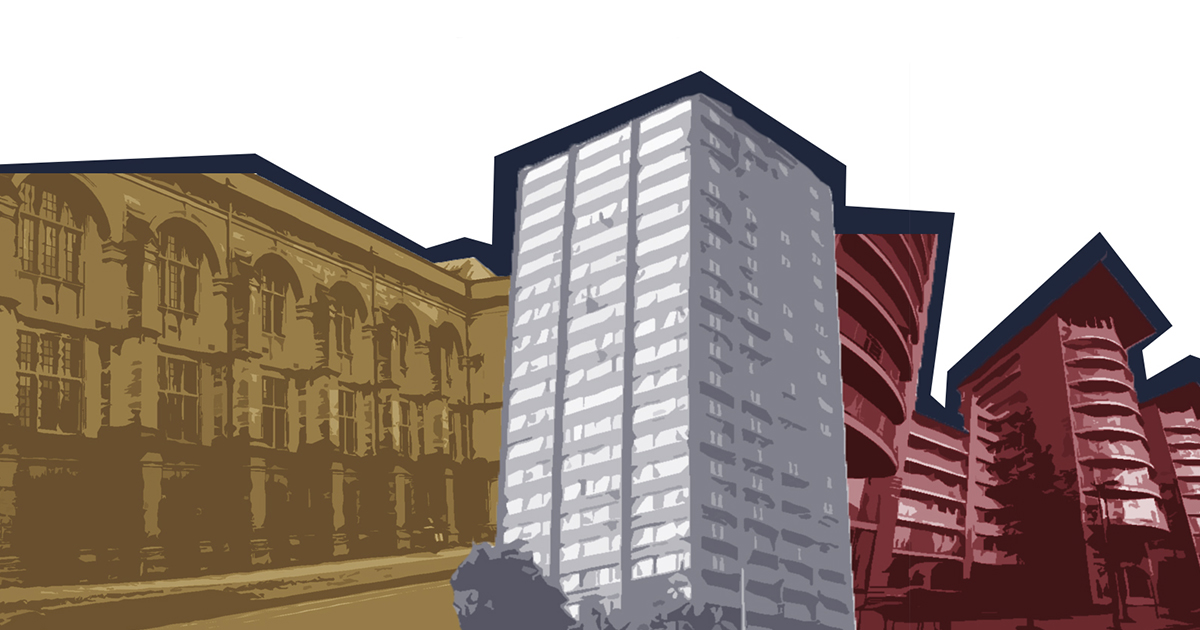 Residents at a building development in Paddington Walk have been left with huge costs and mental stress after they were billed at least £40,000 each to cover the costs of fire safety provisions and the replacement of unsafe, Grenfell-style ACM cladding. The building developer and freeholder of the site, European Land & Property Limited (ELPL), is the developer of the Merchant Square residential sites, jointly owned by European Land Holdings Ltd and Aldersgate. These companies are respectively controlled by the Jarvis and Reuben families — and in June 2020 the billionaire Reuben brothers made a major donation to the University of Oxford.

Residents of the Munkenbeck and Marshall Building (M&M), built in 2005, say that despite the Reuben brothers’ estimated £16 billion fortune, and despite their £80 million donation to the University of Oxford — which has named a College after them — their company has billed and intends to collect payment from tenants who live in dangerous homes sold as safe by European Land, rather than cover the costs themselves from the onset.

In September 2019, Mayor of London Sadiq Khan wrote a letter to the Secretary of State for Housing, Communities, and Local Government, stating that he was “very concerned by this behaviour.” Khan raised four issues in total:

The PSCRF package, announced in July 2019, is a £200 million fund that has been made available to remove and replace unsafe cladding from high-rise private residential buildings and will be provided to responsible entities who will be responsible for remediation. It was intended to benefit leaseholders so they would not have to cover these costs themselves. The Building Safety Fund announced in May of this year was to provide a further £1 billion towards remediating unsafe non-ACM cladding systems where building owners are unable to cover these costs.

Speaking to the Oxford Student, one resident of the Munkenbeck and Marshall Building said that despite applying for both the PSCRF and the BSF, only half of the total estimated cost (£20 million) of the remediation and interim safety measures has been approved, leaving £10 million to be taken from the buildings reserve fund, billed to leaseholders as extraordinary service charges. They had personally been charged over £54,000. In a letter sent to residents in July 2019, the lawyers representing the building’s management said they would continue to pursue costs through the service charge, stating that this was not “invalid or unreasonable”.

Before the announcement of the remediation funds, in 2018 the government had asserted that ‘private sector building owners’ and ‘private sector landlords’ should do the right thing: remove unsafe cladding quickly and do not recover the costs from leaseholders.

Professor Susan Bright of the Oxford Law Faculty, who started the ‘Housing After Grenfell’ blog, said that the issue is building owners do not yet have a legal requirement to cover these costs in some cases. “In order to establish liability there has to be a cause of action (the most likely is through the Defective Premises Act 1972), and the relevant limitation period must not have expired (as this is 6 years from completion, for many buildings this rules out any hope of a private law action).”

For leaseholders to establish liability, she continues, this “requires a lot of effort, commitment, up-front funding, risk, and emotional energy.”

However, developers such as Barratt at Citiscape, Bellway at New Festival Quarter, Taylor Wimpey at Glasgow Harbour and NHBC at New Capital Quay have already paid for remediation.

Speaking to the OxStu, UK Cladding Action Group (UKCAG) emphasised the moral duty of developers to cover remediation costs. “All of the flats in [unsafe] buildings were sold to unsuspecting home-buyers as safe… [they] did all the checks they could, and had a basic expectation that flats being sold by some of the biggest developers in the UK were safe.”

“The unsuspecting buyers, after buying these flats, were one day told, your building is very unsafe. In some cases, the walls are as flammable as petrol. You will have to pay to have human beings, fire wardens, patrol your flat 24-7 so that you do not burn to death. These wardens will cost you tens of thousands of pounds a Week. If you do not pay, you will not be allowed to live in the flat and will be made homeless. So either pay these huge sums and live in the flat, or become homeless –- that is the choice.”

Residents are also unable to get affordable insurance for the building anymore, and every flat in these buildings now have a value of zero unless they can be proven safe by means of an expensive survey. Residents cannot sell them; they cannot get a mortgage on the flats. The Times reported that residents of the M&M building saw their premium rise from £130,000 last year to £690,000 this year, raising annual service charges by an average of £3,500.

UKCAG continued: “Imagine that one day, the government told you that all the bricks used to build your house are unsafe. They are so unsafe that they all have to be changed and replaced with new bricks, and you would have to pay for rebuilding the entire walls of your house, even though you did not ask for the dangerous bricks to be used.”

Richard Banks, former CEO of European Land is quoted on the Reuben Brother’s website discussing the challenges of the building project. He said that “having a reliable funding stream helps: “As a private company, European Land has two wealthy families who have provided consistency of funding for more than 15 years,” Banks explains. “This has made it easier to achieve what we have with the apartments and to deliver that sense of place to create something truly great.

Residents have been left questioning this consistent source of funding. If the Brothers and the Jarvis family were able to fund the developer for 15 years, why are leaseholders footing the bill for remediation? A spokesperson for Motcomb Estates, the investment vehicle for the Reuben Brother’s which purchased the development on their behalf, said that these references were “very historic. Richard Banks left the scheme many years ago. European Land acquired the leasehold interest in the buildings and the freehold is owned by the Canal River Trust.”

They further stated that the Reuben brothers acquired 50% of the company that held many buildings, amongst which there were these, while they were already under construction.

“They were already under construction, completion was imminent and flats had already been pre-sold. The cladding contractor has been appointed and works on the ACM cladding are already underway. When the issue was discovered, applications were made to flat owners for a contribution to the cost of repair, in line with the legal position at that time.”

Louise Richardson, vice-chancellor of Oxford University said in June this year that she was satisfied with a review of how the brothers had generated their fortune (responding to other allegations not related to the M&M building).

“We have the most robust process of any institution I know. My sense is that we are very comfortable taking their money. I gather there were some allegations, but they have been effectively refuted.”

UKCAG express that the charitable donation to the University of Oxford by the Reuben brothers is a good thing, but the brothers’ refusal to pay towards fixing the mistakes of one of their developers leaves residents of the M&M building in constant danger: “the walls are as flammable as petrol”.

An amendment to the Fire Safety Bill proposed by the Liberal Democrats was recently brought to the House of Lords, with peers voting 275 to 262 in favour. The amendment was to prohibit passing remediation costs on to leaseholders who are not joint freeholders and will now go back to the House of Commons.

In a statement to Insider Housing in 2019, Paddington Walk Management said: “The purpose of the government’s proposal is to ensure that leaseholders will not ultimately bear the costs associated with the replacement of ACM cladding if an application for funding is made and accepted in full. The sooner the government issues the requirements for accessing the funds the better, as this is causing confusion to all those concerned. Confirmation has already been provided to the government of the intention to apply for funding for Paddington Walk. As soon as funding is received, the leaseholders who have paid will be reimbursed their proportion of the funds received. Paddington Walk Management is taking all due steps to progress the project with speed and diligence.”

UKCAG express that the charitable donation to the University of Oxford by the Reuben brothers is a good thing, but that their refusal to pay towards fixing the mistakes of one of their developers leaves residents of the M&M building in constant danger: “the walls are as flammable as petrol”.

A spokesperson for Motcomb Estates, commented: “Central Government changed the position by setting up a fund to cover costs of repairs. The current management team have made applications to secure funding from both the ACM and Building Safety Fund. The application to MHCLG (Ministry of Housing, Communities & Local Government) for the ACM was approved and the formal agreement has been completed, with the first drawdown of funds expected imminently. The application to the Building Safety Fund is making good progress with a number of elements already approved in principle.”

In regard to the billing of leaseholders, they said: “As soon as the total amount of funding is fully confirmed and signed, service charge rebates will be calculated and credited back to leaseholders.  Leaseholders have been kept fully up to date.”